It was BJP MP Pragya Thakur's first appearance before the NIA court, which is conducting trial in the 11-year-old case, after being elected to Lok Sabha from Bhopal last month. 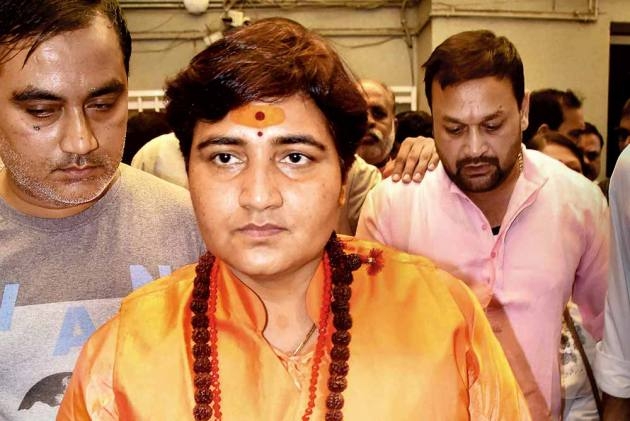 It was Thakur's first appearance before the NIA court, which is conducting trial in the 11-year-old case, after being elected to Lok Sabha from Bhopal last month.

The last time she had shown up in the court was during framing of charges in the case in October last year.

Special NIA Judge V S Padalkar last month directed all the accused, including Thakur, to appear before the court at least once a week.

The judge then said an exemption from appearance would be granted only if cogent reasons were submitted.

On Monday, the special court rejected application of Thakur, who defeated Congress veteran Digvijay Singh from Bhopal, for exemption from appearance in the court this week.

The 49-year-old Hindutva activist had sought the exemption for completing formalities relating to her election to Parliament, but the court said her presence is necessary at this stage in the case.

On Thursday, her lawyer Prashant Magoo told the court she is suffering from high blood pressure and is unable to travel to Mumbai from Bhopal.

The court granted her exemption for the day and asked her to appear before it Friday.

The court is recording the testimony of witnesses in the case.

Seven persons, including Thakur and Lt Col Prasad Purohit, are facing trial in the case.

Six people were killed and over 100 injured when an explosive device strapped to a motorcycle went off near a mosque in Malegaon, a power-loom town in north Maharashtra, on September 29, 2008.

According to police, the motorbike was registered in Thakur's name and that led to her arrest in 2008.

The Bombay High Court granted her bail in 2017.

The accused are facing trial under various sections of the UAPA, the Indian Penal Code and the Explosive Substances Act.

They are also facing charges under IPC sections 120(b) (criminal conspiracy), 302 (murder), 307 (attempt to murder), 324 (voluntarily causing hurt) and 153(a) (promoting enmity between two religious groups).