Home  »  Website  »  National  »  'Life Is One Continuing Joke For Him': Rahul Gandhi Trolled For Yoga Day Tweet On Army Dogs

'Life Is One Continuing Joke For Him': Rahul Gandhi Trolled For Yoga Day Tweet On Army Dogs

The BJP took a swipe at Rahul Gandhi saying for him life is only about a joke, as he keeps posting pictures about his pet dog. 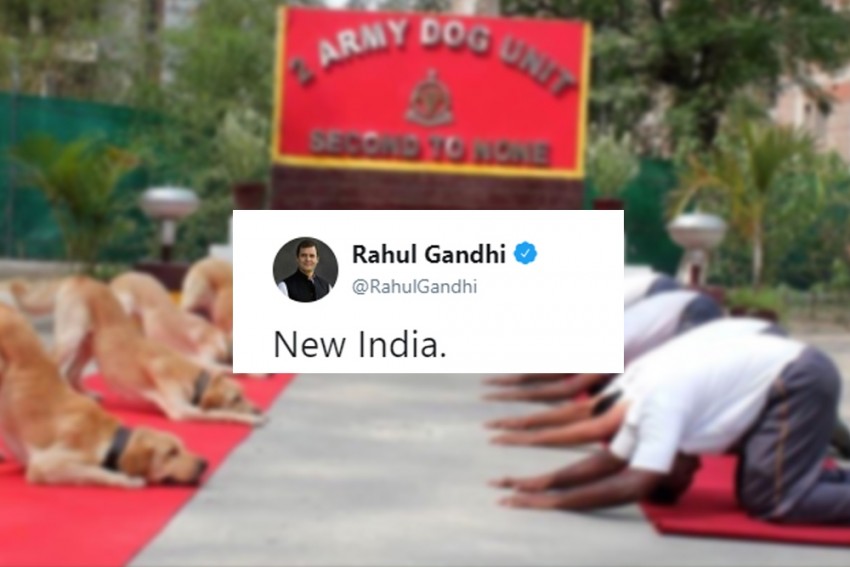 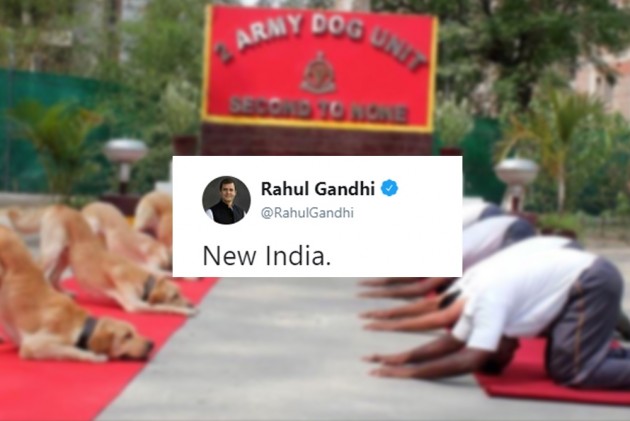 The pictures in the tweet showed the Army dog unit and their trainers prostrating.

Shah hit out at Gandhi in a tweet and said while the Congress supports the medieval practice of triple talaq, it insults the armed forces yet again. He also accused the Congress of spreading negativity.

"Congress stands for negativity. Today, their negativity was seen in their clear support to the medieval practice of Triple Talaq. Now, they mock Yoga Day and insult our forces (yet again!) Hoping the spirit of positivity will prevail. It can help overcome toughest challenges," Shah tweeted.

Defence Minister Rajnath Singh said when someone keeps insulting the armed forces, then the almighty should give one some good sense.

"With due respect to you, @RahulGandhi Ji, these are proud members of the Indian Army and they contribute to the safety of our nation," Singh tweeted.

The BJP also said for Gandhi, life is only about a joke, as he keeps posting pictures about his pet dog.

"It's painful to see how a senior politician is ridiculing IYD2019. But this is hardly surprising as they have always apologetic about and hence either pooh-poohed everything rooted in Indian Culture and traditions. Is it vote bank politics that is driving them to do this," BJP national vice president Vinay Sahasrabuddhe asked on Twitter.

BJP spokesperson Nalin Kohli said under Prime Minister Narendra Modi, there is a new india and Gandhi's tweet reveals a new Congress under him.

"Perhaps for him, life is one continuing joke for him and looking for opportunities to post pictures that remind him of his favourite Pidi (his pet dog)," he said.

Gandhi was also trolled on Twitter, with a number of people posting pictures about the Congress while poking fun at him and the party.