An editorial in the Sena mouthpiece 'Saamana' slammed lyricist Javed Akhtar for comparing the Rashtriya Swayamsevak Sangh with the Taliban. 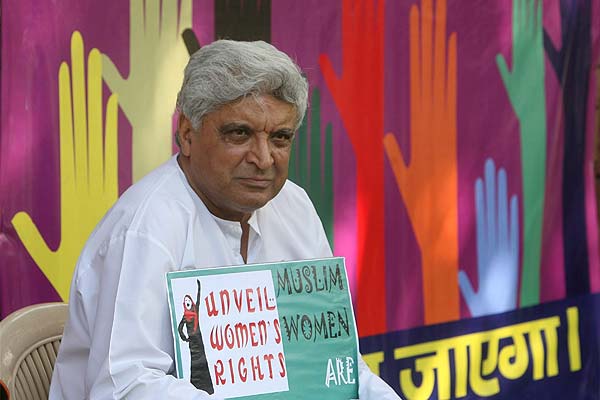 Lyricist Javed Akhtar has been facing flak recently since his comments likening the Rashtriya Swayamsevak Sangh to Taliban led to controversy. And the latest critic to join the bandwagon is Maharashtra's riling party Shiv Sena.

Slamming Akhtar for his comments, an article in the Sena mouthpiece 'Saamana' said Akhtar was  "completely wrong" in comparing the Rashtriya Swayamsevak Sangh with the Taliban.

"How can you say those who favour the concept of a Hindu Rashtra are of Talibani mindset? We don't agree with this," the editorial read.

Akhtar recently told a news channel that right-wing all over the world has an uncanny similarity.
"The Taliban want an Islamic country. These people want to make a Hindu Rashtra," the lyricist said without naming the RSS.

Referring to his remarks, the 'Saamana' editorial read, "Even though Javed Akhtar is a secular man and speaks against fundamentalism, he is completely wrong in comparing the RSS with the Taliban.

The Marathi publication further said the stand of those who propagate a Hindu nation is moderate.

"The partition which led to the creation of Pakistan was based on religion. Those who support a Hindu nation only want that the majority Hindus shouldn't be sidelined. Hindutva is a culture and people of the community demand the right to stop those who attack this culture," it said.
The Sena edit further said comparing Hindutva with the Taliban is an "insult" of the Hindu culture.

"Despite being a Hindu majority country, we have raised the flag of secularism. The proponents of Hindutva only want that Hindus shouldn't be sidelined," it said.

"You can have differences with the RSS, but to call their philosophy Talibani is completely wrong," it added.