Home  »  Website  »  National  »  In Maharashtra, BJP, Shiv Sena Will Do What Was 'Pre-Decided': Devendra Fadnavis

In Maharashtra, BJP, Shiv Sena Will Do What Was 'Pre-Decided': Devendra Fadnavis

He noted the BJP suffered in the state elections due to rebellion by some party leaders, but added that 15 of those are in touch with him to join the ruling alliance. 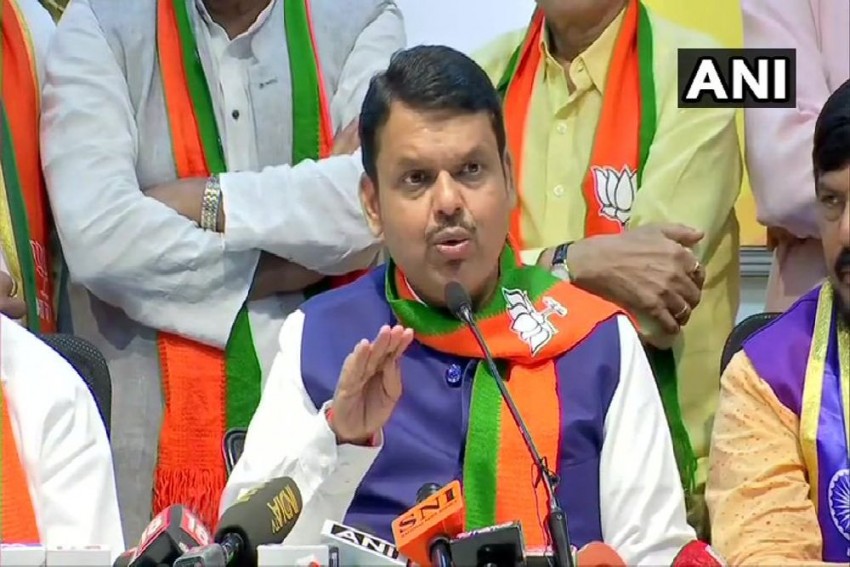 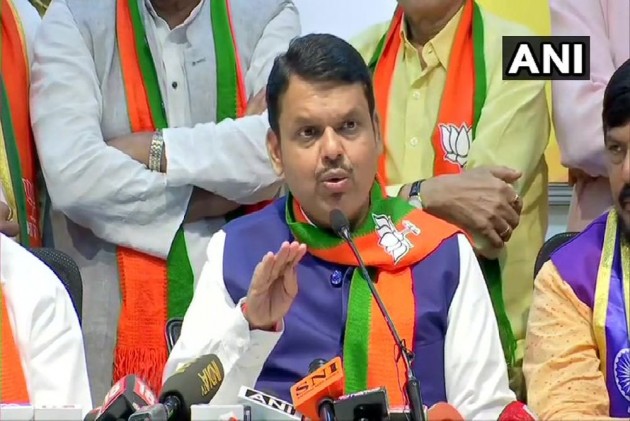 The BJP will end up winning fewer seats in 2019 compared to the 2014 Assembly polls, but its "strike rate" is better this time, and the ruling alliance will retain power in Maharashtra, said Chief Minister Devendra Fadnavis on Thursday.

The BJP leader also thanked the people of Maharashtra for giving a "clear and decisive mandate" to the BJP-led NDA.

Fadnavis said the BJP and its ally Shiv Sena will go by what was "pre-decided" between them on sharing of power.

He, however, did not elaborate on the issue despite a volley of questions from reporters.

He noted the BJP suffered in the state elections due to rebellion by some party leaders, but added that 15 of those are in touch with him to join the ruling alliance.

Fadnavis, however, expressed shock at the defeat of party candidates Udayanraje Bhosale in the Satara Lok Sabha bypoll and minister Pankaja Munde in the Parli Assembly seat.

"I thank the people of Maharashtra for giving a clear mandate to the 'Mahayuti' (grand alliance). No doubt, the next government will be ours," he said.

He further said the BJP had secured 28 per cent of the total votes in 2014.

On the BJP and Shiv Sena's sharing power in the next government, Fadnavis said the two parties will go by what was decided earlier.

"You (the media) will know what is decided between us at the right time," Fadnavis said, adding he had congratulated Shiv Sena chief Uddhav Thackeray over the phone following the poll victory.

He said six of the ministers in his outgoing government have lost the election and added the result will be analysed.

On Pankaja Munde and Bhosale's defeats despite Prime Minister Narendra Modi's holding rallies for the two separately, Fadnavis said it is a "shock" for the ruling party.

"You can see it the other way too, the Prime Minister addressed rallies in Mumbai and all our candidates got elected. We won in Nashik, too, after his rally. But we will analyse Munde's defeat," he added

He noted the key reason behind the BJP suffering t some extent in the election is rebellion from some of the leaders from the ruling parties.

"Of those, 15 are in touch with me and will join the Mahayuti...The number can get bigger," he added.

On NCP chief Sharad Pawar saying that people did not accept the BJP's 'will win 220 seats big talk', Fadnavis said the veteran leader had also spoken about the opposition parties sweeping the polls, but that situation is not there.

"Hence, he has no reason to celebrate much. They are far from forming government unlike us," he added.

The BJP has emerged the single largest party again winning 52 seats and is leading in 50 other segments.

In the 288-member state assembly, a party or an alliance needs 145 seats to form a government.

Woman Dead, 2 Others Injured As Pakistan Violates Ceasefire Along LoC