Speaking on the Citizenship (Amendment) Bill, Ugo Astuto noted the principle of equality is enshrined in the Indian Constitution and hoped that 'it will be upheld'. 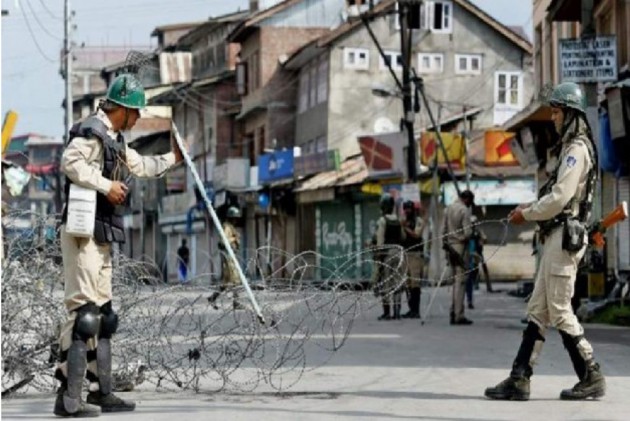 The European Union is concerned about the situation in Kashmir and it's important to restore the freedom of movement and normalcy there, Ugo Astuto, the bloc's ambassador to India, said on Tuesday.

The ambassador also clarified the Members of the European Parliament (MEPs') visit to the Valley was not "an expression of EU's policy decision".

"We are concerned about the situation in Kashmir...It is important to restore freedom of movement and normalcy in Kashmir," Astuto was quoted as saying by PTI.

Speaking on the Citizenship (Amendment) Bill, he noted the principle of equality is enshrined in the Indian Constitution and hoped that "it will be upheld".

On cross-border terrorism, he said Pakistan must take action against militants and terrorists operating from its soil.

India and Pakistan should resolve issues through dialogue, Astuto said.

Meanwhile, most of the shops were shut in Srinagar on Tuesday due to a shutdown called by the separatists on the occasion of International Human Rights Day, officials said.

Shops, fuel stations and other business establishments were shut in several areas of the city, they added.

The shutdown was intense in the Downtown (old city) areas, the officials said.

Public transport was less, but private cars and auto-rickshaws were plying, unhindered they added.

There were reports of shutdown in certain areas of the other districts of the valley, the officials said.

The schools in Kashmir were shut after the government announced the winter vacations from Tuesday till February 22, 2020.

The hardline Hurriyat Conference, led by Syed Ali Shah Geelani, had reportedly called for the shutdown on Monday and asked people to observe a "black day" on the occasion of International Human Rights Day.