When searched from outside India, the line around J&K appears dotted, which marks 'disputed' borders on Google Maps. 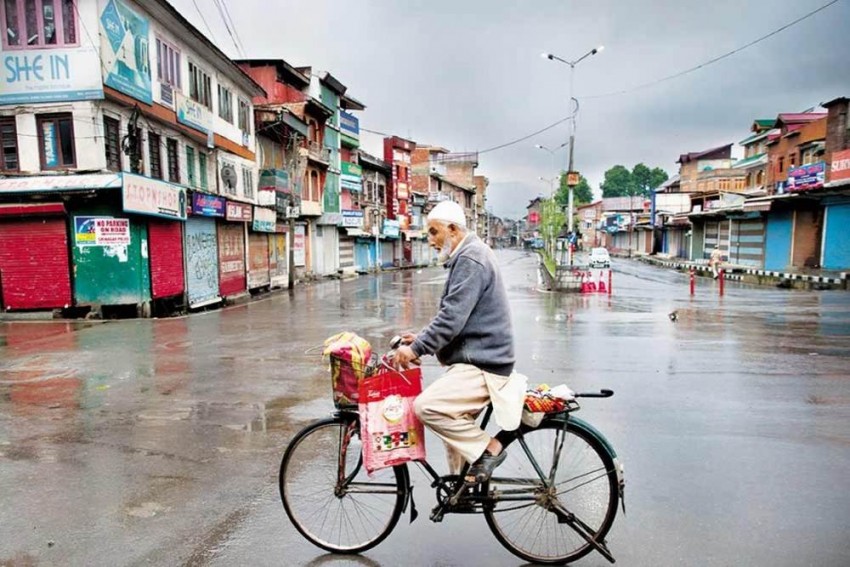 Google Maps shows Kashmir's outlines as a dotted line acknowledging "dispute" when it is seen from outside India as the search engine redraws the world's borders based on where the user is viewing them from.

When Jammu and Kashmir is searched from India on Google Maps, it displays a solid grey outline bordering the region and showing it as part of the country. However, when searched from a location outside of India, such as in Europe, Outlook found the lines appeared dotted.

Google Maps say, "disputed boundaries are displayed as a dashed gray line. The places involved don't agree on a boundary."

According to a report in the American daily Washington Post, "the borders on Google's online maps display Kashmir as fully under Indian control. Elsewhere, users see the region's snaking outlines as a dotted line, acknowledging the dispute".

From Pakistan, Kashmir appears disputed while from India, it appears as a part of India, the Post report said, adding that "Google Maps changes disputed borders based on what country you search from".

Responding to the Post report, a company spokesperson said: "Google has a consistent and global policy to depict disputed regions and features fairly, showing claims made by the disputed or claiming nations on its global domain.

"This does not endorse or affirm the position taken by any side. Products that have been localised to the local domain, such as maps.google.co.in, depicts that country's position as per the mandate of the local laws".

"We're committed to providing our users with the richest, most up-to-date and accurate maps possible. We do border updates based on data from our providers as new or more accurate data becomes available from authoritative sources or geopolitical conditions change. As we did for the state of Telangana in 2014," the Google official told PTI.

According to the Post report, "From Argentina to the United Kingdom to Iran, the world's borders look different depending on where you're viewing them from. That's because Google — and other online mapmakers — simply change them".