The new restrictions were announced a few hours after Prime Minister Narendra Modi spoke to Thakur over a phone call. 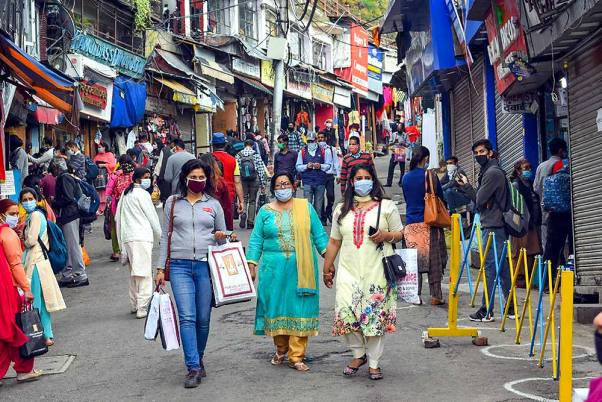 Amid an exponential rise in Covid cases, Himachal Pradesh chief minister Jairam Thakur on Saturday announced new restrictions to be imposed during the ongoing 10-day Corona curfew in the state.

The new restrictions were announced a few hours after Prime Minister Narendra Modi spoke to Thakur over a phone call.

“Prime Minister Modi had all the details about Covid cases, Covid-related deaths, oxygen supply and overall infection rate in the state of Himachal Pradesh. He asked about the state government's plan to combat the Covid crisis", said Thakur.

The new restrictions are going to come into effect from May 10 (6 am) onwards.

He said that Modi reiterated that lockdown should be the last resort but stricter restrictions could be placed in the most impacted districts like Kangra, Una, Solan and Sirmaur.

“These districts have the highest number of cases and also deaths. We can have a separate approach for these areas", the CM said.

“It has been decided all the shops, except those dealing with daily needs and essential commodities, will remain closed. Shops facilitating essential commodities will be allowed to open only for three hours a day. The timing of the same would be fixed by the concerned Deputy Commissioners”, said an official spokesman.

The government also decided to suspend public transport services, however, private vehicles will be allowed to ply only in case of emergency services.

The government spokesman said that the decisions have been taken by the state government to break the chain of the virus.

He said the government is taking steps to ensure that the livelihood of the low-income groups is not affected by the restrictions imposed.

In the past week, the state's infection rate has surpassed the national average. The death rate in Himachal is the highest in the country. Even many isolated mountain villages have been found to be infested with Covid.

According to data released by the government, massive violations of curfew have taken place in several districts especially because of marriages and other gatherings. According to the guidelines issued by the state government, only 20 persons are allowed in a gathering.

Moving Beyond The Debate Of What's 'Essential' And What's 'Non-Essential'