Farmers Up The Ante, To Observe 'Undeclared Emergency' On June 26

A large number of farmer groups have been raising the issues on various platforms and staging protests in several states for more than 200 days. 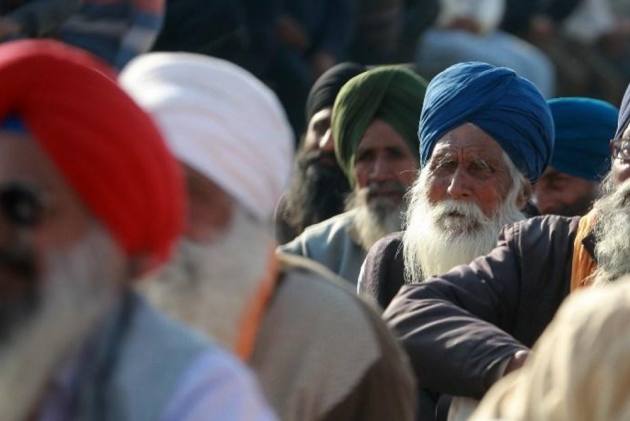 Farmer groups are planning to observe the anniversary of the Emergency imposed in 1975 as an “undeclared emergency” on June 26 by submitting a memorandum at the Raj Bhavans in all the states seeking repeal of the new farm laws and making MSP mandatory. A large number of farmer groups have been raising the issues on various platforms and staging protests in several states for more than 200 days.

“What was true of the attack on democracy in 1975 is also true for agriculture now that is why our slogan will be Kheti Bachao, Jantantra Bachao,” says Hannan Mollah, a former member of Parliament and a leader of the All India Kisan Sabha.

Farmer leaders are adamant that till their demand for making minimum support price (MSP) for all the 23 crops for which the central government fixes the floor price is made mandatory for all buyers, the farmers will continue to suffer due to exploitative market dynamics.

Farmers' Protest And Covid: Under The Anxious Summer Sky

“Till the cost of production is not realized as per the Swaminathan Committee recommendations, hardly 6 to 7 percent farmers will benefit due to government procurement, the rest will continue to be exploited,” states Mollah, wondering “why is the government protecting the private sector by not making MSP mandatory?”

Though the recently revised MSP for paddy grown during Kharif has been fixed at Rs. 1940 per quintal as against Rs. 1800 per quintal in the last season, farmers are not happy as there is no guarantee that apart from those who will benefit from government purchases for the welfare schemes and food security, the others will get a reasonable price from private buyers. This year for instance most farmers had to sell their stocks at around Rs. 1500 per quintal as against the MSP of Rs. 1800.

Sudhir Panwar, a former member of UP Planning Commission, says “while the central government has raised the numerical value of crops, it is only of national significance as the input costs including of diesel have risen significantly. When compared to input costs, the MSP is negative.” On the other hand, due to favorable weather in most parts of the country during the last four years, India has been witnessing record production of most crops and agricultural produce. As the government attempts to check inflationary pressure through various means including imports, farmers are in perpetual loss, claims the farm leader.

Transportation challenges and inaccessibility of markets during the last 15 months due to Covid have further hit the farmer's income. For instance, in the case of maize, farmers in many states were able to earn around Rs 1100 to Rs. 1200 per quintal as against the MSP of Rs. 1850. This is despite the retail price of maize has risen sharply with no benefit to the farmers. Only the wholesalers and retailers seem to be benefitting, claim farm leaders.

Kedar Sirohi, a farmer leader in Madhya Pradesh, says that farmers are being shown a ray of hope with nothing to back it. In the case of Moong or green gram, the state government has promised with great fanfare that it would procure 32,000 tons (320,000 quintals) out of the estimated production of 12 lakh tonnes in the state. Though the process was supposed to start on June 15 it did not commence till four days later. The state government has also not announced what is the quantity it would be buying from the registered farmers. The total registered area is 8.5 lakh hectares. Moong production per hectare in Madhya Pradesh is around 5-6 quintals.

The acreage under pulses in Madhya Pradesh has gone up at the cost of wheat as most farmers did not get remunerative prices. There are also charges of corruption or ‘loot buying’ being leveled as many farmers claim that they were forced to shell out labour charges besides transportation costs. In addition, the deduction of their wheat bag weight was estimated to be more than the actual.

The marginal increase of corn MSP from Rs. 1880 to Rs.1900 has also upset Madhya Pradesh farmers who feel there is a concerted effort by the government to destroy the livelihood of farmers while promoting the gains of private companies as wholesale and retail prices are rising steadily.