The cricketer turned politician Navjot Singh Sidhu said his fight has been on ‘issues’ and a pro-Punjab agenda. 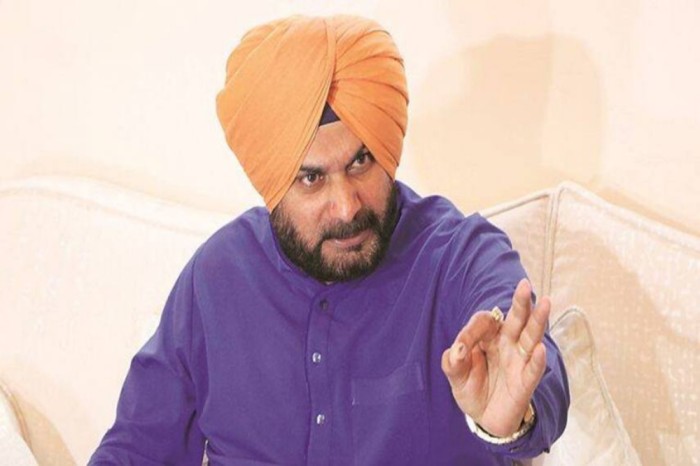 A day after his resignation as Punjab Congress chief, Navjot Singh Sidhu Wednesday raised questions over the appointments of the state’s police chief, advocate general and "tainted" leaders.

Sidhu said he was ready to make “any sacrifice”, but would always stand by his principles.

Sidhu put in his papers on Tuesday shortly after the allocation of portfolios to the members of the new state Cabinet led by Charanjit Singh Channi.

Taking to Twitter, Sidhu said his objective had always been to improve the lives of people and “to make a difference”.

“My dear Punjabis, my 17 years of political journey has been for a purpose – to improve the lives of the people of Punjab, to make a difference and to take a stand on politics of issues. This has been my 'dharma' and my duty.

“Till today, I have no personal grudge against anyone, nor have I fought personal battles,” Sidhu said in an over four-minute video clip shared on his Twitter handle.

“My fight has been on issues and a pro-Punjab agenda, for which I have stood for a long time,” he said.

“My father once told me that wherever there is any confusion, always walk on the path of truth with moral authority and without compromising on moral values,” Sidhu added.

Apparently referring to senior IPS officer Iqbal Preet Singh Sahota, who has been given the additional charge of the director general of Punjab Police, Sidhu said, “Today, I see there is a compromise on those issues."

In an apparent reference to the 2015 desecration of Guru Granth Sahib incidents in Faridkot, he said his first priority was to fight for justice the people have been eagerly waiting for.

"I see those who had given clean chits to the Badals six years ago ... have been given the responsibility of delivering justice," he added.

Sahota was the head of a special investigation team formed in 2015 by the then Akali government to probe the sacrilege incidents.

"My soul jitters when I see those who secured blanket bails, they are advocate general. What is the agenda here," he asked.

Deol is a senior advocate of the Punjab and Haryana High Court and has been a counsel for former Punjab DGP Sumedh Singh Saini. He had been representing the ex-top cop in various cases against him.

"Those who used to talk about issues, where are those issues now? Where are the means? Will we reach our destination with these means," Sidhu apparently asked the current state leadership.

"To fight for justice of 'Guru Sahib' and to improve the lives of people of Punjab and for the means, I will make any sacrifice but will always stand by principles," he said.

A system which included “tainted” leaders and officials is being brought back after being dismantled, he said, adding, "I oppose it."

He was obliquely referring to the induction of Rana Gurjit Singh as a minister in the Charanjit Singh Channi-led Cabinet.

Singh was included in the ministry despite protests by some party leaders over his past. He had to resign from the Amarinder Singh ministry over allegations of impropriety in the auction of sand-mining contracts.

Sidhu said he could neither mislead the party high command nor allow them to be misled.

He added that he has always fought what is right and the truth.

There was a speculation in political circles that Sidhu was not pleased over certain key appointments.

Sidhu was appointed the party's state unit president on July 18 amid a bitter power tussle with Amarinder Singh, who stepped down as the chief minister 10 days back while accusing the party high command of humiliating him. (With PTI inputs)