The swearing-in-ceremony of Prime Minister, Narendra Modi and his Council of Ministers is scheduled to take place on Thursday at 7 PM at Rashtrapati Bhawan. 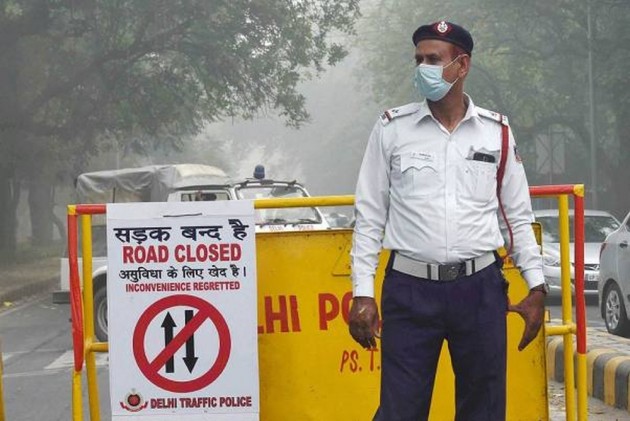 Elaborate arrangements have been made by the Delhi Traffic Police ahead of the swearing-in-ceremony of Prime Minister Narendra Modi for a second term tomorrow, officials said Wednesday.

A traffic advisory issued a day ahead of the ceremony said several roads in New Delhi District will be closed for movement of public between 4 PM to 9 PM on Thursday and asked motorists and public to avoid them.

The swearing-in-ceremony of Prime Minister, Narendra Modi and his Council of Ministers is scheduled to take place on Thursday at 7 PM at Rashtrapati Bhawan.

The advisory further said roads including Rajpath - from Vijay chowk to Rashtrapati Bhawan, Vijay chowk and adjoining areas including North and South fountain, South Avenue, North Avenue, Dara-Shikoh Road and Church Road will be closed for public between 4 PM to 9 PM.

Similarly traffic diversions will be given on Khushak Road, K. Kamaraj Marg, Rajaji Marg, Shanti Path, Raisina Road -- beyond Rail Bhawan roundabout towards Parliament House and Moti Lal Nehru Marg (beyond roundabout Udyog Bhawan towards R.P. Bhawan) which are expected to face congestion due to the ceremony, the traffic official added.

Traffic signages have been provided for the information of invitees and public. All motorists are advised to follow the directions of the traffic police on duty, the advisory added.