As per the officials, the drone was spotted by the alert BSF personnel in Arnia sector on the outskirts of Jammu around 4:25 am. 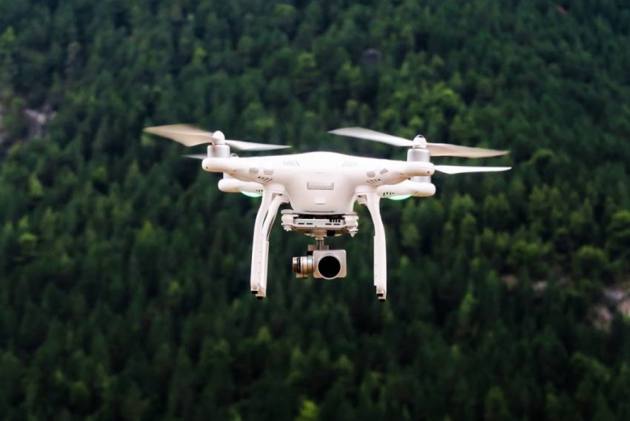 Days after two Indian Air Force personnel were left injured in two bomb blasts at the IAF base, the Border Security Force (BSF) on Friday opened fire on a suspected Pakistani surveillance drone after it tried to venture into the Indian territory on the International Border.

As per the officials, the drone was spotted by the alert BSF personnel in Arnia sector on the outskirts of Jammu around 4:25 am.

"Alert BSF troops fired at a small quadcopter belonging to Pakistan today (Friday) morning as it was trying to cross the International Border (IB) in the Arnia sector. Due to this firing, it returned immediately," a BSF spokesperson said.

The officials said the suspected drone returned to the Pakistani side when the border guards fired half a dozen rounds to bring it down.

He said it was meant for carrying out surveillance of the area.

Security forces in Jammu and Kashmir are on high alert following the Sunday's drone attack on the Indian Air Force (IAF) station here.

Two explosives-laden drones crashed into the IAF station at Jammu airport in the early hours of Sunday, perhaps the first time that suspected Pakistan-based terrorists have used unmanned aerial vehicles in an attack, officials said.

Drones were spotted hovering over vital Army installations in different areas of Jammu during night hours on Monday, Tuesday and Wednesday as well.