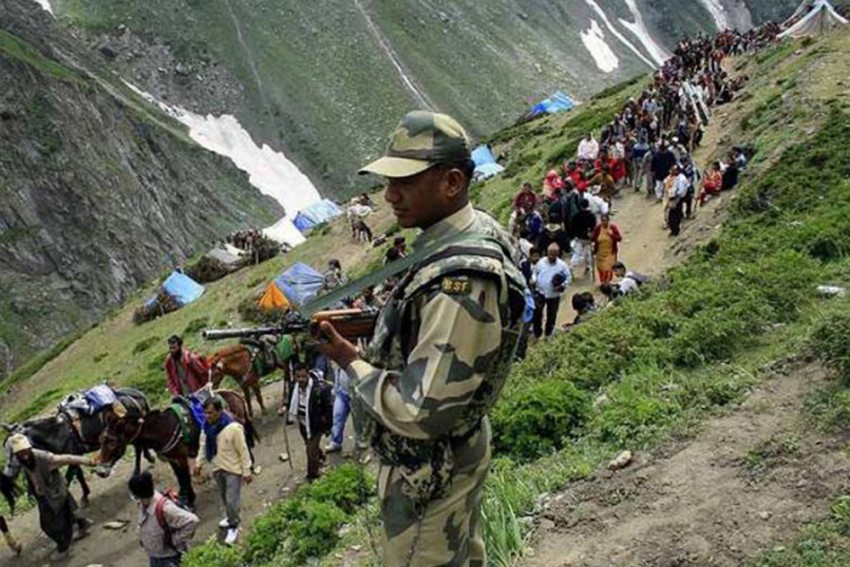 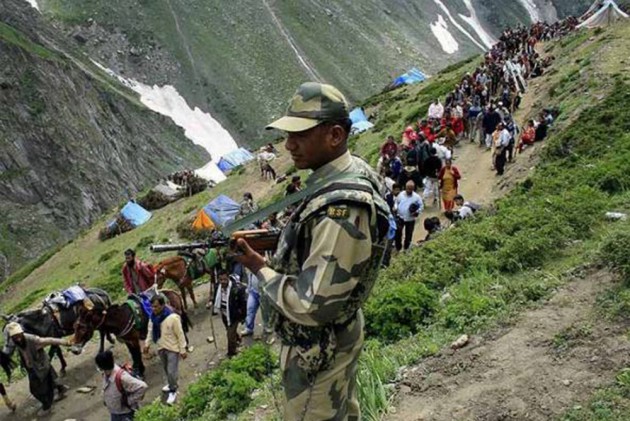 The Jammu and Kashmir government on Friday asked Amarnath Yatris and tourists to immediately make necessary arrangements to cut short their stay in the Valley and return as soon as possible in the wake of intelligence inputs of "specific terror threats" to the pilgrimage.

The advisory was issued by the Home Department of Jammu and Kashmir, hours after the top security establishment said there were specific inputs that the yatra would be targeted by Pakistan-backed terrorists.

"Keeping in view the latest intelligence inputs of terror threats, with specific targeting of the Amarnath Yatra, and given the prevailing security situation in the Kashmir Valley, in the interest of safety and security of the tourists and Amarnath Yatris, it is advised that they may curtail their stay in the Valley immediately and take necessary measures to return as soon as possible," it said.

The annual yatra, which began on July 1, is to end on August 15.

The authorities have already rushed thousands of additional paramilitary forces to Kashmir in the wake of intelligence inputs that the yatra could be targeted by the terrorists.

Earlier in the day, the Army said there were intelligence inputs that Pakistan-backed terrorists were planning a major strike, targeting the pilgrimage.

FROM THE MAGAZINE | The Kashmir Plan