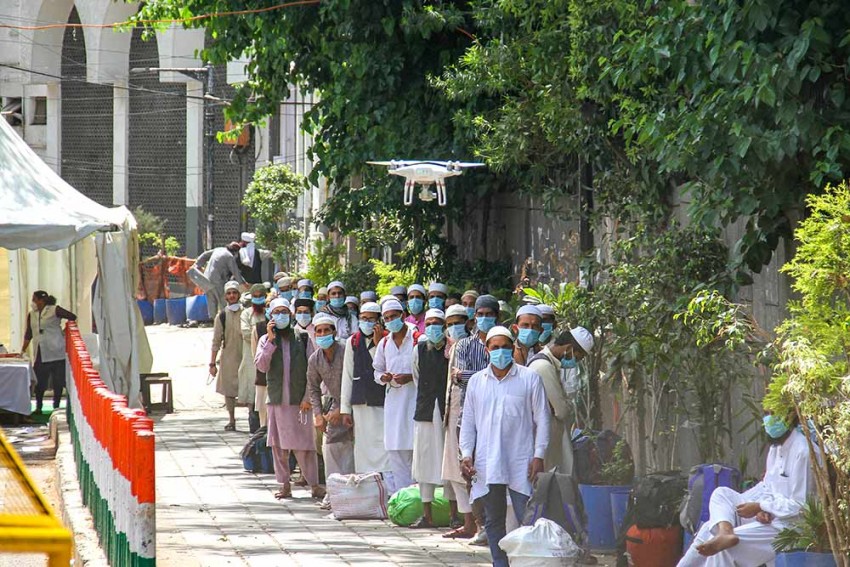 Police use a drone to keep a vigil on the area as people who attended Tabligh-e-Jamaat congregation in Nizamuddin West walk to board a bus for the LNJP Hospital for screening and COVID-19 test, in New Delhi. (PTI)
Outlook Web Bureau 2020-04-01T08:26:34+05:30 India Reports 386 Coronavirus Cases In 24 Hours, Tally Rises To 1,637; Death Toll Reaches 38 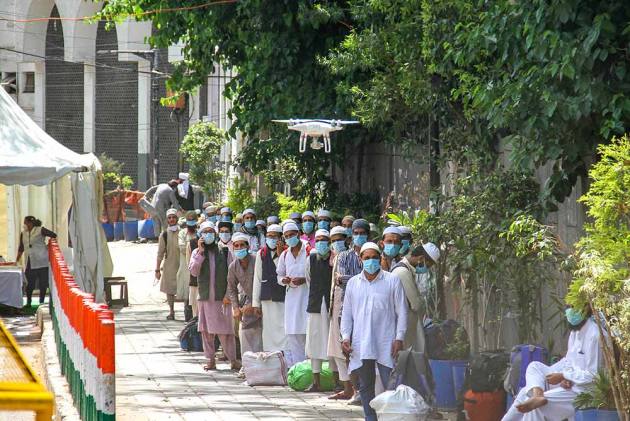