The Bihar BJP chief said 24 samples were tested positive in preliminary rapid tests and they are still awaiting the results of the comprehensive QT-RPR test. 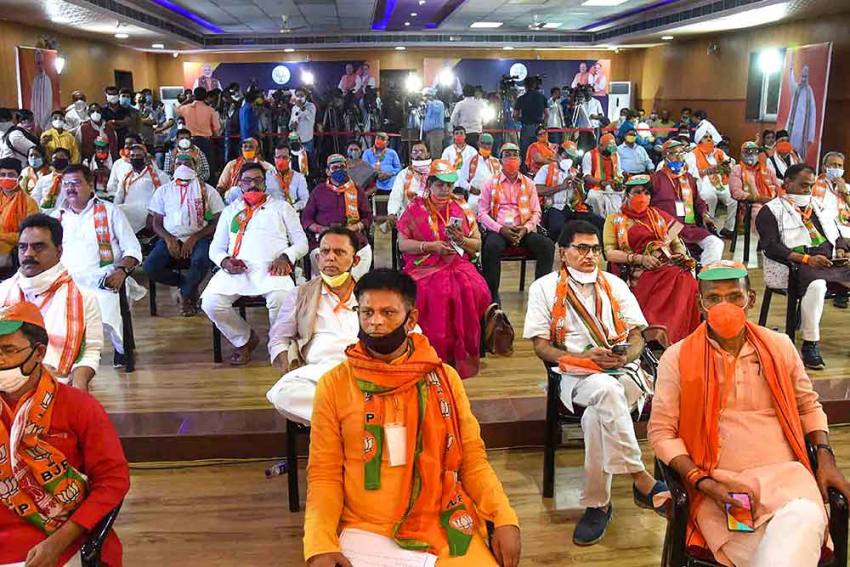 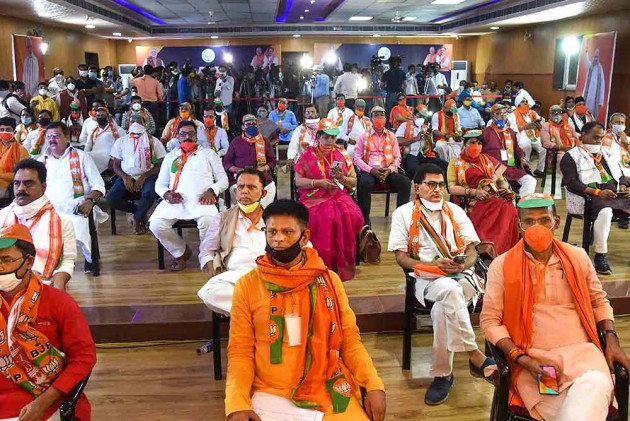 More than 20 people, including four senior office-bearers of the BJP, have tested positive for COVID-19 at the party's headquarters, said its Bihar unit chief Sanjay Jaiswal on Tuesday.

Reports in a section of the media in Bihar, however, stated that the number of people found infected was as high as 75.

Jaiswal, nonetheless, maintained "only 24 samples are positive. These reports are of preliminary rapid tests and we are still awaiting the results of the comprehensive QT-RPR. None of those who have tested positive are having any symptoms. Yet, by way of abundant caution, they have all quarantined themselves at home".

He said the samples were collected on Monday upon the request of the party office, after it was learnt that a person who visited the premises recently had tested positive.

"Samples of 110 people were collected. These included not just party functionaries but all other staff members hired for running errands," he said.

Although Jaiswal did not disclose how many party functionaries were among those who tested positive, BJP spokesman Nikhil Anand confirmed these included "four office-bearers".

The party office premises situated on the Bir Chand Patel Marg were, meanwhile, being thoroughly sanitised.

RJD leader Tejashwi Yadav took potshots at the saffron party, saying "their office has become a corona hotspot and they are busy conducting virtual rallies and spreading infections thereby".

"I wonder to which jamaat (creed) these BJP leaders belong," Yadav quipped, the pun alluding to the infamous Tablighi Jamaat congregation in Delhi.

However, Jaiswal rubbished the allegation and asserted that no crowds gather at the party office during the virtual rallies.

"All senior leaders address these through Internet from their homes. Strict instructions have been in place to follow social distancing norms and wearing of masks at the party office," he added.