The Ayodhya Title judgement is likely to be pronounced before November 17 as Justice Gogoi's tenure as the CJI comes to end on that day. 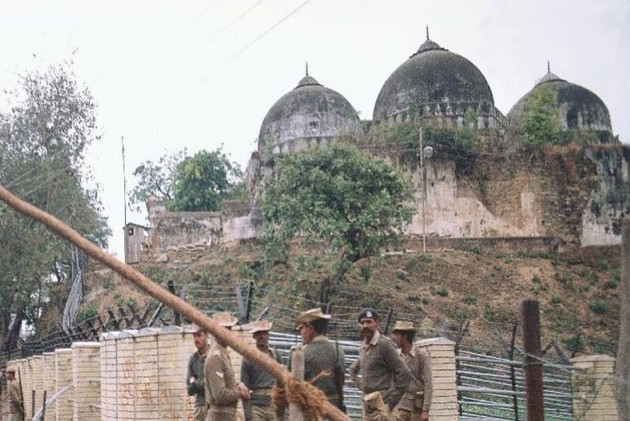 Chief Justice of India Ranjan Gogoi held a meeting with Uttar Pradesh chief secretary and director general of police on Friday to assess the law and order arrangement in the state ahead of the verdict on the Ayodhya land dispute case to be pronounced next week, sources said.

The CJI had called UP Chief Secretary Rajendra Kumar Tiwari and DGP Om Prakash Singh in his chamber in the Supreme Court.

The judgement on the Ram Janambhoomi-Babri Masjid title dispute was reserved on October 16 after a marathon hearing of 40 days. The judgement is likely to be pronounced before November 17 as Justice Gogoi's tenure as the CJI comes to end on that day.

Also Read:  Origins Mired In Confusion And Mist Of History

Meanwhile, Uttar Pradesh Chief Minister Yogi Adityanath on Thursday said two helicopters will be on standby in Lucknow and Ayodhya as part of the security arrangements in the run-up to the sensitive verdict.

Adityanath conveyed this during a late-night video conference with the state's top civil and police officials, divisional commissioners and district magistrates.

The helicopters will be used in case of an emergency, an official said.

In order to maintain the law and order situation in Uttar Pradesh during and after the pronouncement of judgement on the Ram Janambhoomi- Babri masjid case, the Centre has given Uttar Pradesh almost 4000 extra Paramilitary personnel.

"We have deployed drones in Nayaghat, Nageswarnath, Ram ki Paidi, Hanumankupa road and some areas of Ayodhya. We get a real-time assessment with drone surveillance. We also can track people with this. Drones are good for the security purpose," Ayodhya Circle Officer, Arvind Chaurasia told ANI on Thursday.