Calling the violence and the murder of Inspector Subodh Kumar Singh a "deliberate attempt to display majoritarian muscle" and a "murder most foul", the former civil servants expressed alarm over the "horrifying" response of the administration to the incident. 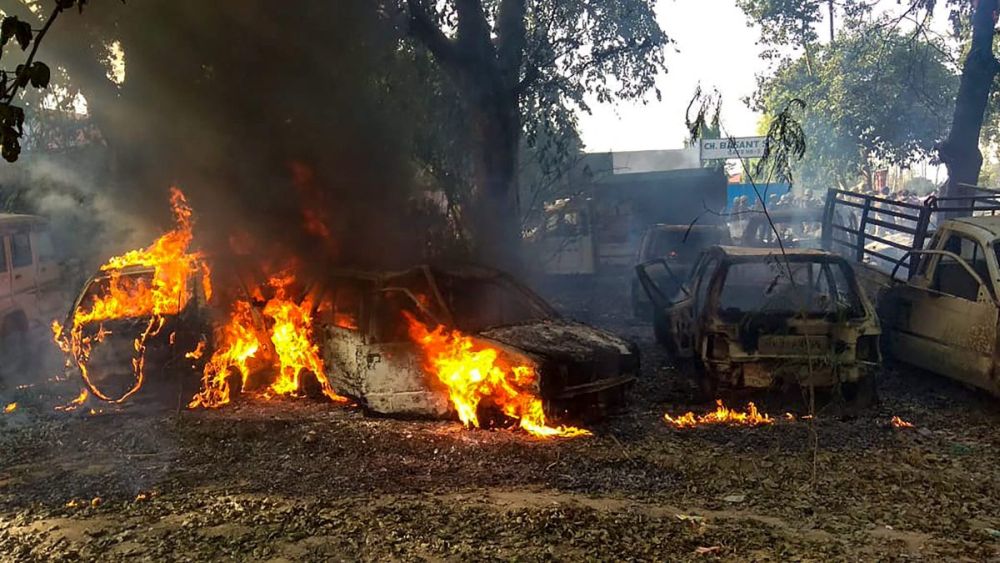 Observing that the Bulandshahr mob violence showed "perverted" fundamental principles of governance and constitutional ethics of the BJP government in Uttar Pradesh, a host of retired civil servants have demanded the resignation of Chief Minister Yogi Adityanath.

In an open letter, a group of 83 former bureaucrats said the December 3 mob violence "instigated and engineered with malicious intent" that lead to the murder of a police officer, marked "the most dangerous turn" yet in the direction taken by the politics of hate in recent times.

Demanding the resignation of Adityanath who "flaunts his bigotry as his badge of identity", they also questioned the silence of Prime Minister Narendra Modi over the issue and the Chief Minister's "sheer contempt for the Constitution".

'Bulandshahr Cop Killed By Mob Was Corrupt, Siding With Muslims', Says Another Accused In Video

"It (Bulandshahr violence) shows that in India's most populous state, fundamental principles of governance, of constitutional ethics and of humane social conduct stand perverted.

"The Chief Minister of the state acts as a high priest of the agenda of bigotry and majoritarian supremacy -- an agenda which now seems to take precedence over everything else," they said in the letter.

While observing that "cow protection politics" has been used as a means of isolating and cornering the Muslim community, they said Adityanath's regime has "mainstreamed hooliganism and thuggery".

"...under Yogi Adityanath, hooliganism and thuggery have been mainstreamed into governance not just to intimidate minorities but to teach a lesson to anyone, including police personnel and others in the administration, who dare to be even-handed in their approach to minority communities," they said.

Calling the violence and the murder of Inspector Subodh Kumar Singh a "deliberate attempt to display majoritarian muscle" and a "murder most foul", the former civil servants expressed alarm over the "horrifying" response of the administration to the incident.

"The Chief Minister refuses to acknowledge the gravity of the incident and its communal intent, condemn the perpetrators of violence or direct the police to take action against them, instead asks them to focus attention on those responsible for illegal cow slaughter.

"He (Adityanath) may try to mislead by calling it an accident, this was murder with an intent", the letter said.

The slain police officer was an impediment to the communal plans of local BJP and Sangh Parivar elements and "had to go".

Citing ample video evidences, they said that the perpetrators of the violence and their leaders were allowed to roam scot-free while, alleged cow killers, without any evidence, were taken into custody "just because they are Muslims".

Questioning Modi's "stony silence", the former bureaucrats said for the Sangh Parivar, "constitutional morality was of no value and it was necessarily subordinate to the ideals of majoritarian supremacy".

In the letter, signed by former Additional Secretary to Ministry of Shipping and Transport S.P. Ambrose and former chairman Administartive Reforms and De-centralisation Commission Uttar Pradesh, J.L. Bajaj, among others, they have also urged the Allahabad High Court to take suo motu cognisance of the incident and order a judicial enquiry.

They have also called upon citizens to unite in a crusade against the politics of hate and division.

"Never before in recent history has the politics of hate, division and exclusion been so dominant and the poisonous ideology which informs it penetrated so deep into the body politic.

"Never before has hate been directed with such calculated intent against minority communities, hate which is nursed, aided and abetted by those in power.

"Violence has been given social and political sanction and perpetrators of violence have been treated with kid gloves while victims have been punished and harassed," added the former civil servants vowing to build a citizen-led national campaign against the politics of hate and violence.