The incident took place at Asawati village at booth number 88-Asoti polling station of Prithla assembly segment in the Faridabad parliamentary constituency, where polling was held on May 12. 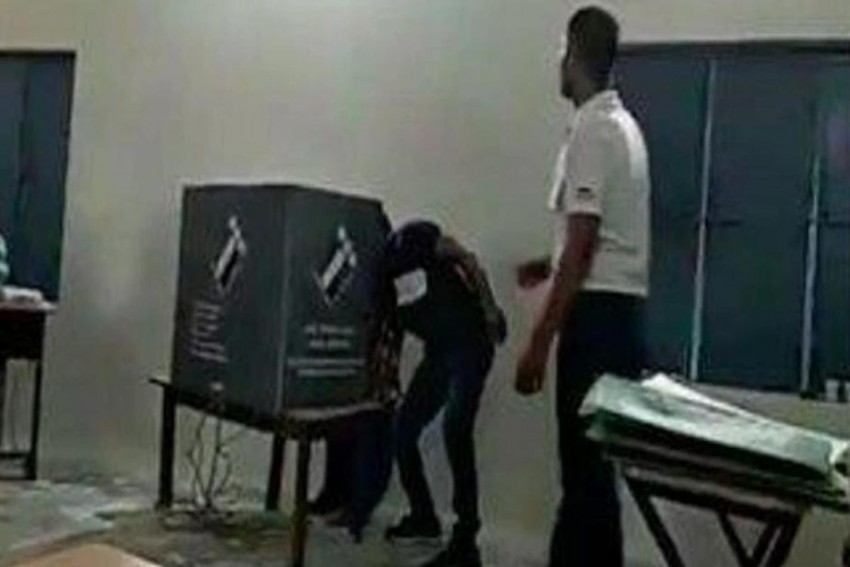 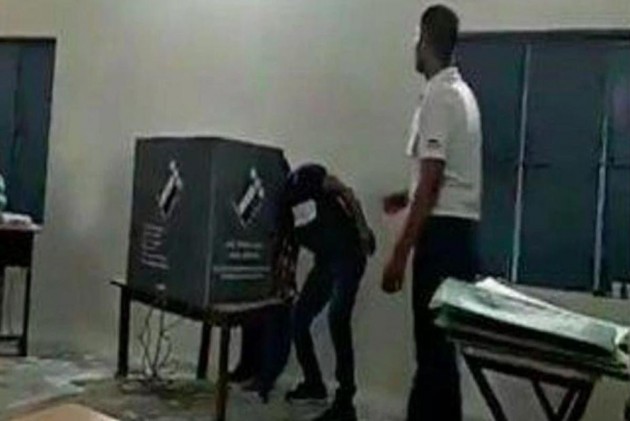 A BJP polling agent was arrested for allegedly trying to influence voters at a polling booth in Haryana's Palwal after a video of the purported act went viral, prompting the Election Commission to order re-polling.

In a statement on Monday, the poll panel said, "On enquiry by the Observer, the complaint was found to be true. Commission has therefore ordered a fresh poll at this polling station on May 19."

The incident took place at Asawati village at booth number 88-Asoti polling station of Prithla assembly segment in the Faridabad parliamentary constituency, where polling was held on May 12.

The EC also placed the presiding officer concerned under suspension for dereliction of duty and initiated criminal action against him.

The re-polling was ordered for violation of the secrecy of voting.

"An FIR was lodged under Indian Penal Code sections 171 C (undue influence at elections) and 188 (disobedience to order duly promulgated by a public servant) and section 135 of RP Act 1951 against the polling agent, Giriraj Singh," it said.

"The presiding office Amit Atri has been placed under suspension for the dereliction of duty and criminal action is also being initiated against the presiding officer. Micro observer Sonal Gulati has not reported the incident correctly for which the commission has barred her from any election-related work for three years," it said.

Taking a serious note of failure to take immediate action on the incident, the poll body said the Returning Officer 10 of Faridabad constituency has been transferred out from present posting.

The statement said that Ashok Kumar Garg, IAS, will now be posted in place of Atul Kumar as District Electoral Officer and Returning Officer, Faridabad.

"He has been directed to join at Faridabad by forenoon tomorrow (Tuesday)," the EC said in another statement Monday night.

The polling agent was arrested following a complaint by the EC and subsequently released on bail.

In the video clip, the polling agent could be seen going near the enclosure meant for casting votes and trying to influence voters. Krishan Pal Gurjar of the BJP is seeking re-election from Faridabad.