As per early indications, East Midnapore and South 24-Parganas districts are likely to be the worst-hit by Cyclone Yaas 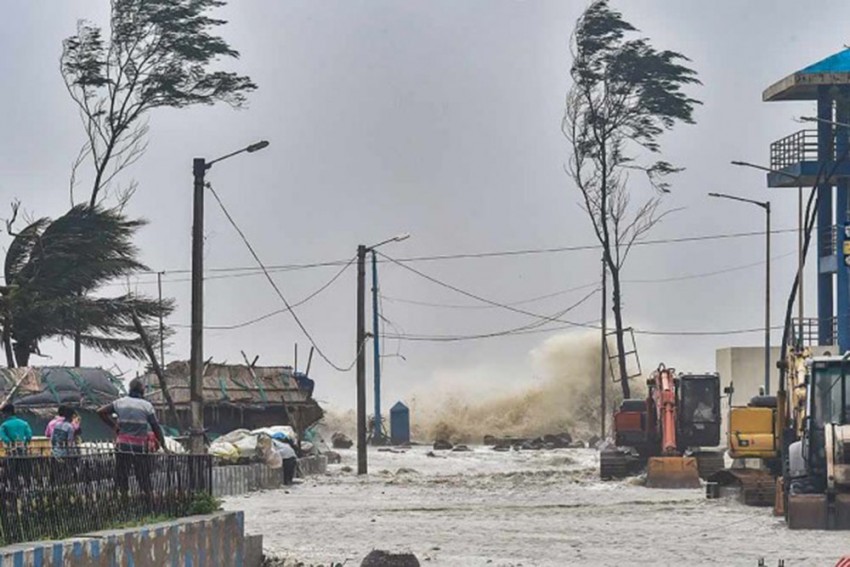 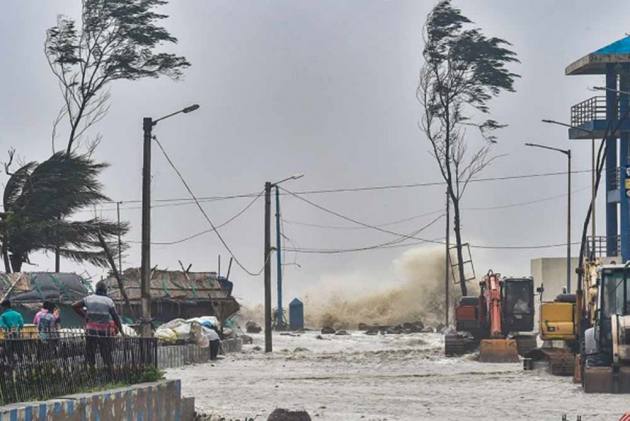 Heavy rain and strong winds have been reported in the coastal districts of West Bengal since Wednesday morning as cyclone Yaas made landfall in neighbouring Odisha.

However, what seems to be the main concern of the West Bengal administration is the fact that the coastal districts of South 24-Parganas and East Midnapore are already witnessing a storm surge and that the intensity of such a storm surge could increase because the timing of the cyclone is coinciding with the perigean spring tide, which occurs on full moon nights.

Reports of huge storm surges in Digha and Shankarpur areas of East Midnapore district and breaches in embankments in the Sunderbans region in South 24-Parganas district have started pouring in. The state government has evacuated 1.1 million people to safe shelters till Tuesday night.

According to India Meteorological Department’s 11 am bulletin, the intensity of winds near the centre of the cyclone was 130-140 kilometres per hour gusting to 155 kilometres per hour. IMD officials at its regional office in Calcutta have said that most parts of south Bengal, including Kolkata, will witness heavy rainfall while the whole of the state, including the Darjeeling hills in the northern part, will receive light to moderate rainfall.

As per early indications, East Midnapore and South 24-Parganas are likely to be worst-hit by the cyclone, while the state administration anticipates the storm to impact the districts of North 24-Parganas, West Midnapore, Jhargram, Birbhum, East Bardhaman and West Bardhaman as well.

“The cyclone is likely to affect around 20 districts but the three coastal districts of East Midnapore, North 24 Parganas and South 24 Parganas, along with Kolkata, would suffer the most,” said chief Minister Mamata Banerjee who spent the whole night at the main control room.

“The combination of the cyclone and the spring tide has caused massive storm surges and resulted in extensive damage. Several embankments have been breached and water has flooded many areas in the districts of East Midnapore and South 24-Parganas,” she said.

This cyclone has hit just about a year after the cyclone Amphan ravaged large parts of south Bengal, especially the coastal districts, and paralysed Kolkata with hundreds of fallen trees and electric poles.

However, Met officials said that while the Amphan had a higher windspeed – 155-165 kilometres per hour at the time of landfall and gusting up to 185 kmph – Yaas can have a disastrous impact in the coastal districts due to storm surge.