Ashok Gehlot made an unexpected visit to an anti-CAA protest site in Jaipur on Friday and addressed the protesters. 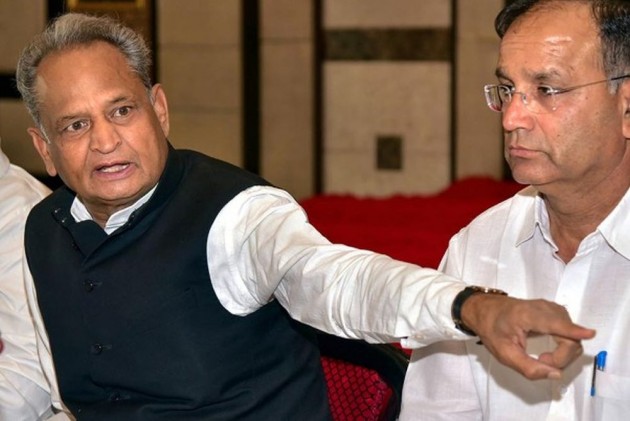 Rajasthan Chief Minister Ashok Gehlot on Friday made a surprise appearance at an anti-CAA protest site, what is seen as a replica of Delhi's Shaheen Bagh, in Jaipur and said he would be the first one to go to a detention centre if asked to furnish details of birthplace of parents.

Addressing the protesters, Gehlot demanded that the Centre withdraw the amended Citizenship Amendment Act to maintain peace and harmony in the country.

"The NDA government should reconsider the Citizenship (Amendment) Act (CAA), which is against the spirit of the Constitution, and should come forward to withdraw it so that peace and harmony can be maintained," he said, addressing the protesters at the Shahid Smarak in Jaipur.

Gehlot assured the protesters that the Congress and the state government were with them and if required, he would be the first to go to a detention centre.

The chief minister claimed that information on birthplace of parents was being sought for NPR.

"I don't have information about the birthplace of my parents. If I am asked to provide such details, I might be the first person to go to a detention centre," the Chief Minister said.

The chief minister said that the BJP government in Assam has refused to implement NRC.

Gehlot said several chief ministers were against the CAA. "We want the Centre to reconsider its decision," he added.