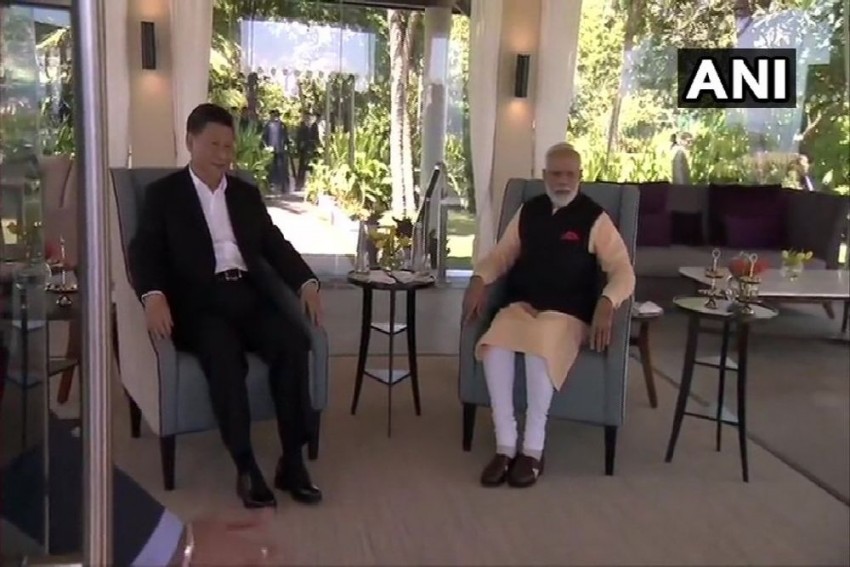 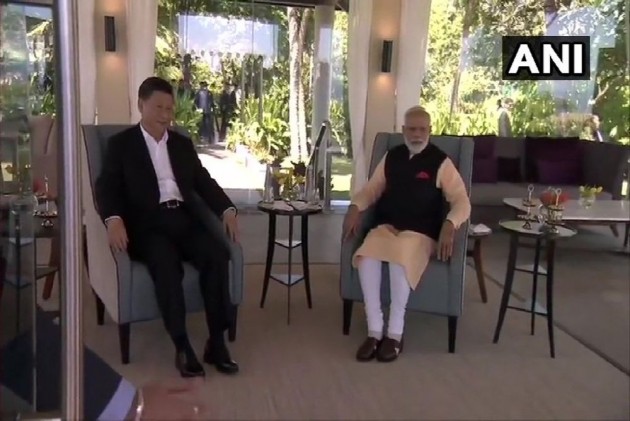 Prime Minister Narendra Modi and Chinese President Xi Jinping on Saturday concluded the second round of talks at the Taj Fisherman's Cove Resort and Spa beach resort in the seaside town of Mahabalipuram near Chennai.

Modi received Xi at the entrance of the resort. The two leaders shook hands and then boarded a battery-operated vehicle to reach their informal meeting room facing the Bay of Bengal. The meeting is expected to last 40 minutes.

The leaders arrived on Friday for the second Informal India-China Summit. The first one was held in Wuhan, China last year.

Briefing the media about the discussions Modi and Xi had on Friday, Indian Foreign Secretary Vijay Gokhale said the two leaders had detailed discussions on varied issues, including terrorism, increasing radicalisation, enhancing bilateral trade between the two nations and investments, among others.

The focus of the meeting is likely to find ways to improve people-to-people contact, enhance trade and on how to maintain peace and tranquillity along the 3, 500-kilometre long India-China border.

Prime Minister Modi will also host a lunch for President Xi, following which the Chinese leader will proceed to Chennai airport where he will depart for a two-day state visit to Nepal.

Security in the capital of Tamil Nadu has been beefed up ahead of talks with security agencies put on high alert.

On Saturday, members of the Chinese diaspora gathered outside the hotel where President Xi Jinping is staying in Chennai. The enthusiastic crowd were seen waving the Chinese and Indian flag.

Today's meeting between Xi and Modi will take forward the spirit of the first day of the informal summit during which personal rapport between the two leaders become evident.

On Saturday, Xi and Modi spend five hours of "quality time" and held discussions on a wide range of issues including the unbalanced trade that exists between the two countries and ways to counter radicalisation and terrorism.

Prime Minister Modi took the visiting Chinese dignitary to three iconic monuments - Arjuna's Penance, Krishna's Butter Ball and the Shore Temple in Mamallapuram- before settling down for a colourful performance.

During the tour, Modi also gave a guided tour of the monuments to Xi.

The two leaders enjoyed a thrilling cultural performance at Shore Temple's complex in the evening. The programme showcased the Indian classical dance forms of Kathakali and Bharatnatyam to fast-paced Carnatic music, highlighting the region's magnificent roots.

After the cultural performance, Modi hosted a special dinner for Xi. The one-on-one discussion over dinner lasted of 150 minutes, Ghokhle said.