As per procedure, the headquarters of the Enforcement Directorate have been sealed for 48 hours and are expected to resume operations on Monday. 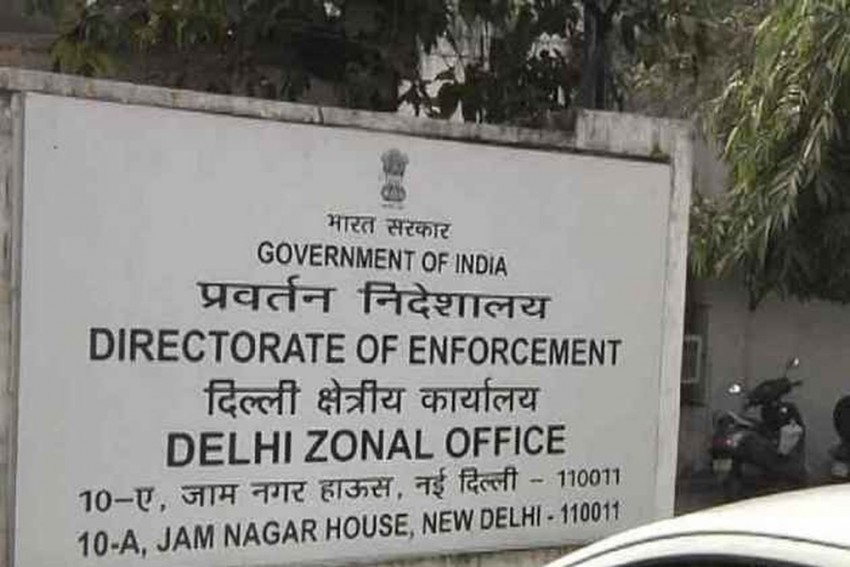 Five Enforcement Directorate (ED) employees, including a special director rank officer, have tested positive for COVID-19, following which the headquarters of the central probe agency have been sealed for 48 hours till Monday, officials said.

Out of the five, two are contract employees. The employees were found infected after the agency carried out section-wise testing at its headquarters in the wake of some COVID-19 cases being reported from other floors of the Lok Nayak Bhawan in Khan Market, where the ED office is located, the officials said on Saturday.

All the ED employees who were found infected with COVID-19 after "proactive testing" are asymptomatic, they said.

According to the officials, the employees who have tested positive include a special director rank officer and an investigating officer. All of them have been admitted to isolation facilities for treatment.

People who came in contact with them have been quarantined, they added.

As per procedure, the headquarters of the agency have been sealed for 48 hours and are expected to resume operations on Monday, the officials said.

The affected employees have not been coming to office since they tested positive, they said.

In order to check the spread of COVID-19, a protocol has been put in place for sanitising the ED headquarters twice a week and all documents. 'Daak' (post) is sanitised before it is handed over to officers and other staff of the agency, they added.

Last month, too, an ED employee had tested positive for COVID-19.

The ED is the federal agency that investigates money laundering, black money and hawala crimes under the Prevention of Money Laundering Act (PMLA) and the Foreign Exchange Management Act (FEMA).