"If We've Offended You…Accept It And Move On"

Comedian Vir Das' open letter after cops show up during his show. 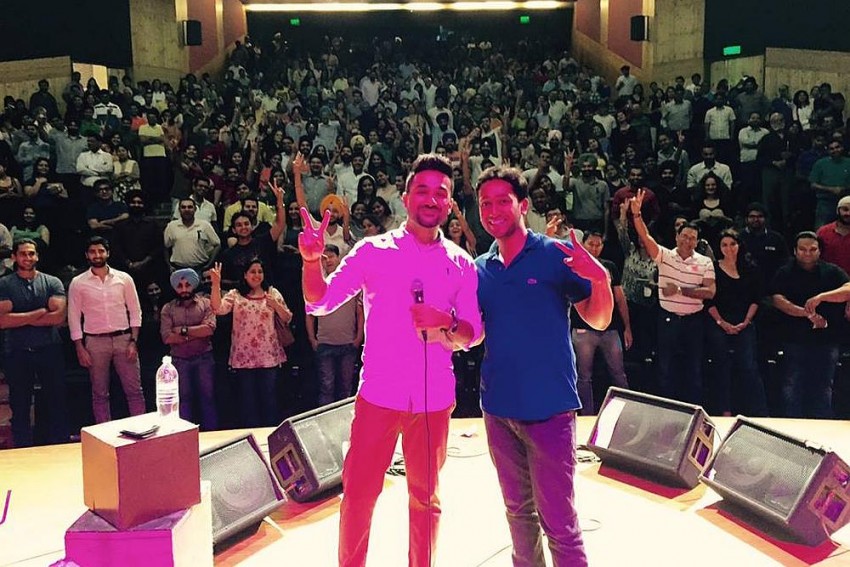 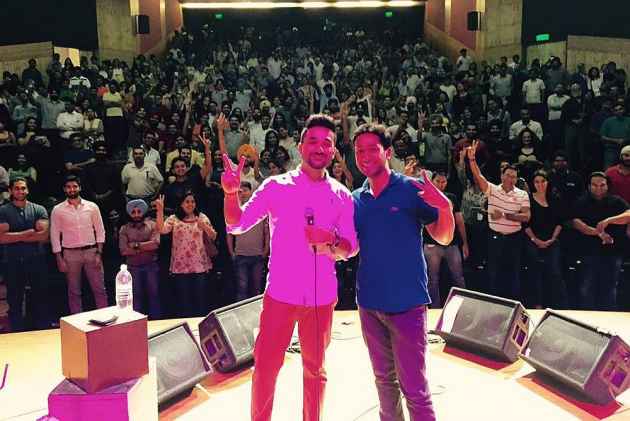 Dear Under the influence of influence,

I'm a fool. On my best and worst day that's the largest compliment I can receive. If you go home thinking "What an idiot" i've done my job.

Being an idiot however, doesn't make me a criminal.

My new show UnbelievabLISH is a show about truth & outrageous fiction. In one bit, I tell a story about how I performed for the man I consider to be India's coolest president ever Dr. Abdul Kalam. My tribute, goes into an outrageous sketch about how Kalam hosts MTV cribs, has swag & defends himself against a fictitious lesbian assault. It's stupid, immature, I take full ownership of it and I think it is funny. Musicians write songs, artists paint, I parody.

We are now at interval in Sirifort, and an intellectual gentlemen has walked into my green room and said "Excuse me….you CANNOT talk about Kalam". I've done this for long enough to know that any audience feedback is good feedback and must always be humbly accepted. However, I have under 2 minutes to get back on stage and inform him that I cannot have this discussion at this time as politely as I can.

Second half of my show begins and somewhere 20 mins into it, policemen have begun showing up to Sirifort. I am on stage and I can see Policemen backstage, in the control room, and with my crew. My crew Is being questioned by Police as the show is going on, they are all taken away from their event duties. Trying to explain to them that it's a comedy show, which the police have now begun recording for investigation purposes on phones. To their credit, they are just doing their job…investigating a complaint filed. And more than an investigation "Humare pass kissi Ka phone aaya tha" seems to be the consensus. Clearly someone with influence was called who, then made this call.

This is in addition to the multiple policemen that have showed up through the day in Delhi and during the show in Chandigarh saying "Humare sahib to ticket chahiye nahin toh show nahin hone denge"…but the bribery and free pass system is another much longer open letter for another time.

The venue is panicking because cops are now saying we are overtime (Not my fault, the audience just laughed a little more than I expected). Sensing that we are about to get shut down, I skip the big closing bit, wrap up the show as quickly as I can, spend no time at all thanking my audience, which I think is the most important part of the show and get off stage.

I am now in my green room with my crew who is asking me to just evacuate the venue which I refuse to do. My logic: I've done nothing wrong, let me talk to the Police, it will be fine. Eventually the cops leave saying that the complaint will have to be addressed, they will be reviewing my comedy footage, and I'm preparing myself for that process. This letter isn't about that.

Here's the kicker: The Gentleman who filed the complaint is nowhere to be found. He just left, called someone with influence, filed a Police complaint over the phone, and went home leaving us to deal with this messy situation. It was that easy.

This is my problem.

The fact that you can use influence to shut down or intimidate any artist or art form that you may not personally agree with is scary. But the fact that the Police will back you up without any consequences is a slippery slope and a tool that's prime for misuse.

It is immature to quote voltaire in this situation or say "If you don't like it, don't attend the show".

If you don't like it, please attend the show, and tell me why you don't like it, and as an artist I will absorb that and do what I can with it, always respectfully. But it is strange that instead of giving us feedback, commenting on our work, critiquing it, rejecting it (all of which are welcome)….it's just so much easier to just make life difficult for us with a phone call.

If I may, Here's what I want them to understand:

1. Comedy is a performance and not just a person.

2. This one is important: Please tell me what you thought of what i said, you cannot tell me what I CANNOT say. "You CANNOT talk about Kalam" is an unacceptable sentence to me. Yes I can, he was my president too, I'm a citizen and I have rights…one of them includes the freedom to discuss my leaders.

3. When you come to see a comedy show, that's someone else's vision of the world, not a service to yours. This is comedy not Karaoke.

4. This isn't about censorship. I don't apologise for the Subjects in my material because I consider myself an intelligent, moral and patriotic person. I will not change my material and I shouldn't have to based on what Govt is in power or who is attending the show.

5. Understand this: If we've offended you…that's all we've done. We've offended you. that's it. Accept it and move on. Much like we accept every single political troll who tells us to go to Pakistan or threaten's our life and abuses us on twitter/facebook/letters/emails. If you didn't like it, Thats not a crime, that's just a waste of your ticket money which most of us would be more than happy to refund.

Here's something that I need you to do:

This letter isn't for publicity. It's because i've got a lot more shows to do and i'd like to get back to work.