"Who in India will believe it belongs to the wakf board?" 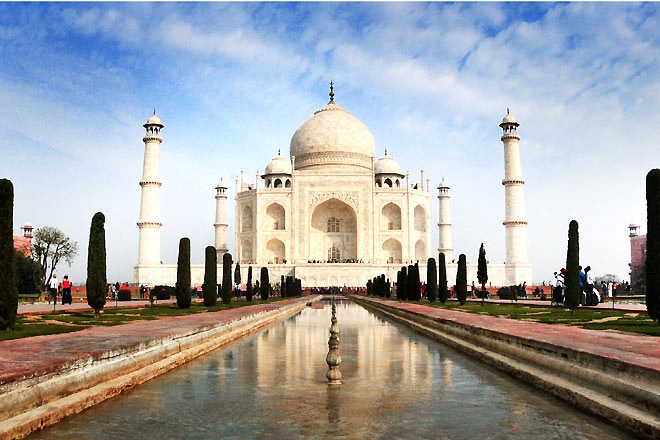 The Uttar Pradesh Sunni Wakf board will have to cross a tall hurdle if it has to establish the ownership of Taj Mahal. The Supreme Court on Wednesday asked the board to produce the signatures of Mughal emperor Shah Jahan to prove that he handed over the monument to them.

"Who in India will believe it belongs to the wakf board? These kind of issues must not waste the time of the Supreme Court," the Hindustan Times quoted him as saying.

Wakf, that is fighting a legal battle with Archaelogical Survey of India (ASI), told the apex court that Shah Jahan had executed a wakfnama in favour of the board.

The Supreme Court bench headed by CJI himself strongly retorted, saying: "Then you show us the original deed executed by Shah Jahan. Show us the signature."

The court then asked the board's representative to produce signatures of the emperor within a week. Shah Jahan died in 1666, almost 18 years after the monument he built in the memory of his favourite wife, Mumtaz Mahal, was completed.

The court was hearing the matter on the appeal filed by the  ASI challenging the Uttar Pradesh Sunni Wakf Board's July 2005 decision that declared the mughal monument a Wakf property.

Mohammad Irfan Badar, in 1988, had contended in the Allahabad High Court that the Taj was a wakf property and that he should be declared its caretaker.

The bench also reminded the board that the 17th century monument and other heritage structures built by the Mughals passed on to the British after the end of the Mughal rule. After Independence, the monuments vested with the government and were being managed by ASI.