Killing innocents is generally done by those who are physically and mentally weak. For them, it is like proving a point to themselves. 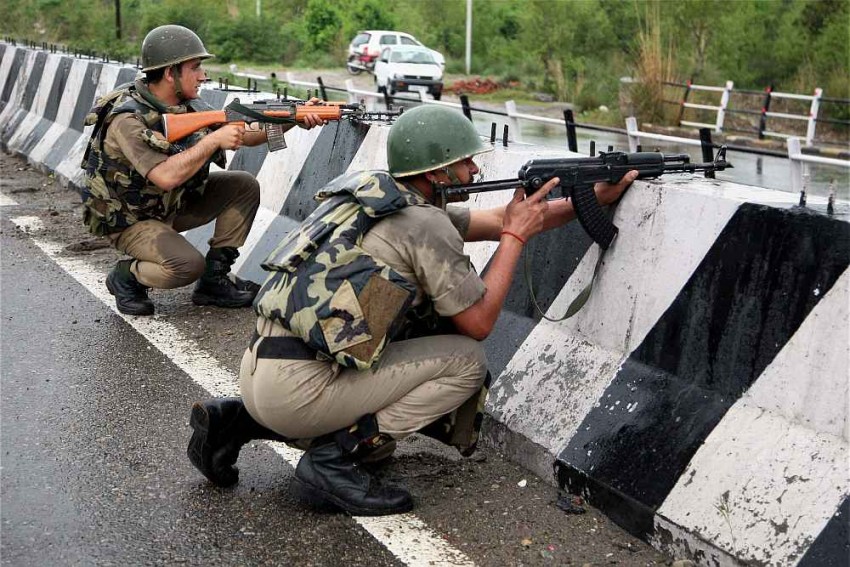 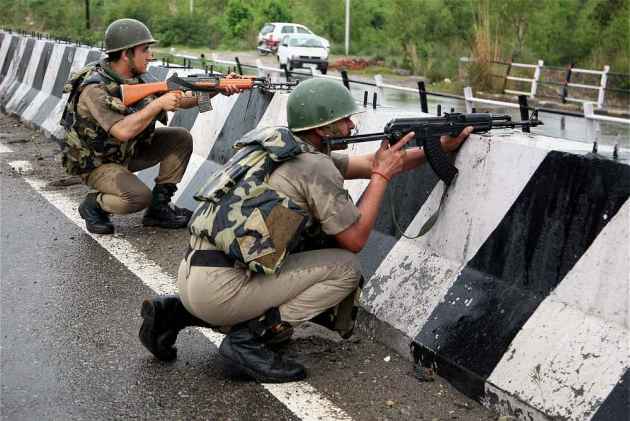 An anonymous army officer's confession has been recorded in the recently released book Blood on My Hands by investigative journalist and conflict-specialist Kishalay Bhattacharjee where the confessor talks about the anatomy of staged encounters in India's northeast and Jammu & Kashmir and explains how awards ad citations are linked to a body count. The following is an extract from this explosive document on institutionalised human rights abuse.

The pressure is very simple. The area compendium suggests that there are ten active militants in your area of responsibility, so your job is to catch these guys or make them surrender. The guys are elusive and not easy to nab. It is an old guerrilla war going on here. Imagine the insurgency here has been going on, let's say, since the 1950s, and we have been able to contain it to 'acceptable levels'. Clearly, we have failed to counter them. To lure them into an armed clash is also unlikely, given the northeast's modus of militancy. So what is to be done? My job says I must catch or kill. It doesn't help to create a climate of peace and reconciliation.

We are supposed to instigate and eliminate. When we fail to do this we are questioned — and there are no excuses. Just go ahead 102 Blood on My Hands and give a headcount. Show weapon seizures and all that comes with the kill.

To ward off the pressure, people create militants with the help of the police: the police and the administration sense the pulse and create such militants. Maybe some of those killed are not entirely innocent. In the deal, the police also sets its record straight and eliminates the criminal class. So it serves a dual purpose. Mostly, criminals are weeded out. In this, there is some element of vendetta. Personal scores are all settled. When there is even greater pressure mounting on the army and the police, the poor Bangladeshi who has just jumped across the border fence and is not identified becomes a victim. And the cartel flourishes.

We are never given any brief — nobody prompts us, and there are a large number of personnel who will not indulge in it. I want you to remember this. A lot of our guys will simply not do it. They would never do it. It depends on the commanding officer of the battalion who wants the easy way out. This is nonsense. There is no professed brief that it has to be done. Yes, the subtle pressure is there and it is mounting, but one can resist. The consequence, though, is that you may have to lose your rank.

I recall the police shooting four guys, and all of them were rapists and criminals. And the police wanted the army to show it as a joint operation to gain legitimacy, so the whole thing was recreated. People were happy that these bastards had been killed. The problem is and was the judiciary and the system, like Gill rightly said. But he wrongly created his own law. The security establishment is very frustrated, but then this kind of killing is simply wrong — and there is the lurking danger of getting picked up and having instant justice meted out to you. This fear is more killing than the encounter itself.

Another unit has this horror story. It was short on points for a citation, and only killing two militants could achieve it. The battalion was on its way out; time was short and the stakes were high. That the battalion did a fantastic job in the northeast made it even more desperate. They didn't violate any norms, so to speak, and they had some of the best casestudy operations conducted. But the pressure was so much that all that hard work would have gone down the drain — just
for the lack of two kills? You have to reach the benchmark.

Now, do you understand the pressure under which we must operate, and how we are expected to deliver?

The point system: I guess it was 300 points. Each kill brought five points. Apprehensions two points, surrenders three points. So these guys were short of ten points; and they finally contacted the mafia. The mafia picked up two illegal immigrants who were fresh entries from Bangladesh, and they were kept in the barracks for a week or so. They were encountered and shown as MULTA militants. The encounter took place at 3.30 in the morning. The local police was in
connivance and, after the encounter, the unit moved out and received the citations and all that blah. They killed these two just a day before they left, and the CRPF was roped in to aid the army.

The officer who eliminated them went into a depression later, and needed treatment. Then there were admin problems in the unit, because the officers were divided into two groups. It was a serious problem that continues even to this day. Generally, people are asked to volunteer to kill.

Three officers had bluntly refused, and the fourth officer said, 'Okay, I will do the job.' He shot them, and couldn't accept what he'd done.

The police officer who helped this unit in this false encounter is a big smuggler of coal and timber. The army doesn't ask any questions of these guys. They are not even interested. It's the police who do all that, and they are only kept in the willing army units because it's safer and it will never get out. In a police or paramilitary set-up, the news will leak for certain. In the army, such leaks would never happen.

I can vouch for the fact that there is hesitation when we ask who will volunteer to kill. It is not a party, and the unit is visibly tense when this happens. We are trained bloody hard to kill, but kill in a war, not murder. We are supposed to kill murderers, if at all, and here we are the murderers.

After someone volunteers, it's a matter of how you convince yourself to pull the trigger. Killing innocents is generally done by those who are physically and mentally weak. For them, it is like proving a point to themselves. This has been my observation. In real action, these are the people who generally stay behind. Real action is something else.

In Kashmir we got to do some real tough guy stuff; here it's all a farce. By farce, I don't mean there is no militancy. Of course there is. And there are hundreds of militants, but they are manageable. They don't conduct suicide attacks and now the situation is under control. But they are a nuisance to people.

Killing a militant may be okay, but what impact will it have on society? It will induce deep-seated insecurity and it has a greater fallout: people stop believing in us. They know he was a militant, but they also realize the manner in which he has been killed, and they know it's a lie. The complete village then gets cut off from the mainstream. How he has been killed becomes the question; and this damage has corrupted the entire northeast. People have totally lost faith in the police and the army.

Killing an innocent man means creating a dozen militants. Unless we have the National Population Register, 'false killings' will continue. There is no clue about where the victim has come from, so it's easy to get away with it. We need to revisit our policies and mental psyche. We have become sick in the head. Human beings are human beings. One has to revisit the page again and again to justify that the person who has been killed is a militant and we haven't committed any mistake.

Doing that is not easy.

The Trial of Dara Shikoh