With a team of 300 people, five different sets, Avinash Kolla, the Production Designer divulges details of what went behind building Mumbai's Taj Palace in Hyderabad for upcoming biographical drama 'Major'.

Director Sashi Kiran Tikka's upcoming bilingual film 'Major' starring actor Adivi Sesh is the biographical drama on 26/11 martyr Sandeep Unnikrishnan. During the unfortunate 2008 attack, many well known places were targeted including the iconic Taj Palace Hotel in Mumbai. As the country remembers the horrific incident of Mumbai terror attacks, we look into what went behind recreating Taj Palace for 'Major'.

Avinash Kolla, who had handled the production design for the film, talks to Outlook about the what effort went behind building Mumbai's Taj Palace in Hyderabad's Ramoji Film City. 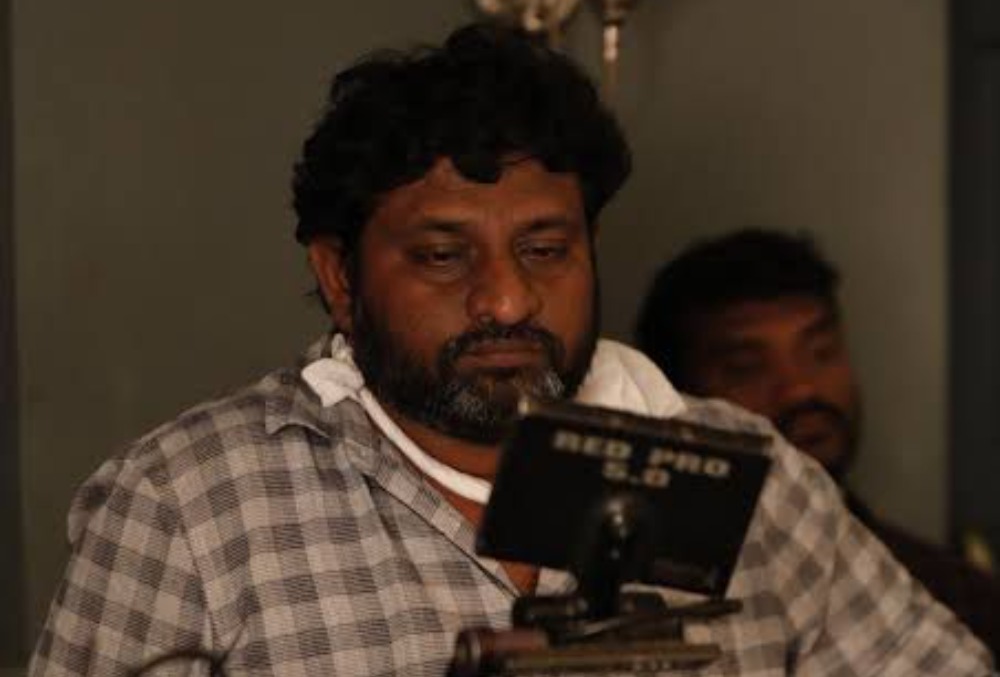 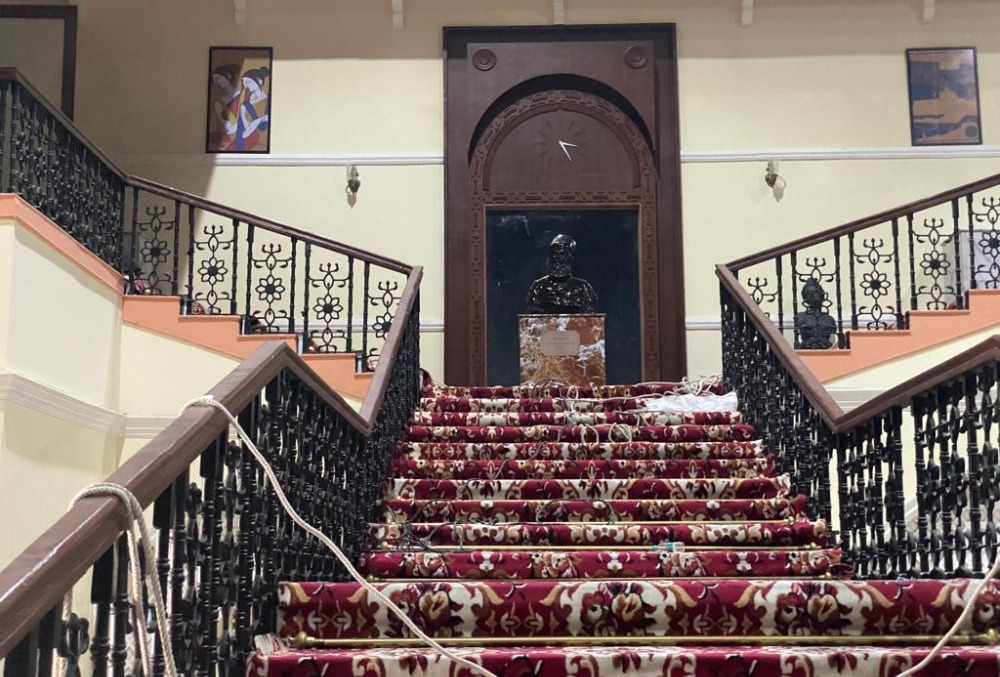 The task was to dig into the information because this was not a small incident. We collected some information which was available online, through media, and video records available. We tried to understand what kind of changes happened inside the hotel from that time to now and tried to adapt to it. This was the only the thing and content that was never shown was the incidents, detail of what happened inside the hotel. We had the advantage of doing  a better job because nobody had done it earlier. We were not getting information from Taj because of their credibility and other issues. Now, they they have made the complete lobby area is a market. That was the major change that happened in Taj, rest of the things, they followed the same pattern of what was there earlier. 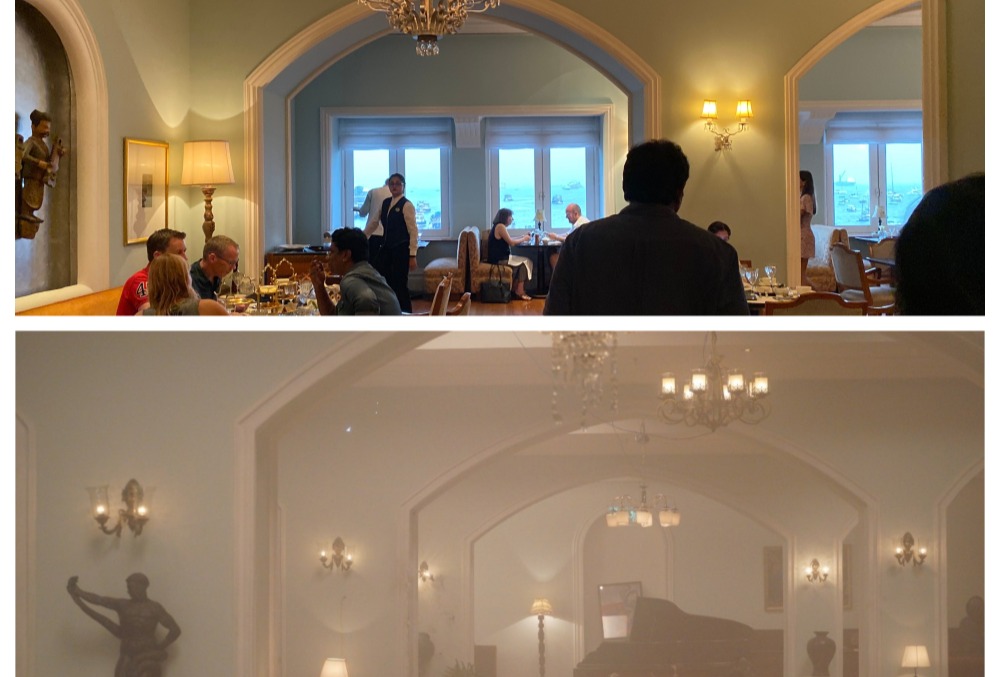 Our major problem was that we finished off all the other research for the film regarding the set up, including Gateway of India. We had planned what we could do because we had visual references, which was ok. We couldn't do anything with the hotel. Taj in itself has a lot of architectural importance in the way it's built, including the decor. So, we were left with no choice but to go to the hotel, stay there and understand the architecture, the elements which were there. We could take pictures as tourists. Taj has tourist runs for some people, so we had to stay there and take that tour to understand the place. We attended 3-4  sessions and clicked pictures like a tourist. We kept taking photographs and understood the sizes by making a person from our team stand in the pictures. That was a heavy task which we had to do. We had to study everything including the floor patterns, the railings of central halls, the central staircase which has Jamsetji Nuserwanji Tata's statue. We matched all elements including the carpets, lamps and corridors, rooms and other dimensions. We made our own blueprints and started creating it again. Taj has some predominant artifacts, so that had to also be recreated.

Building The Sets In Five Phases 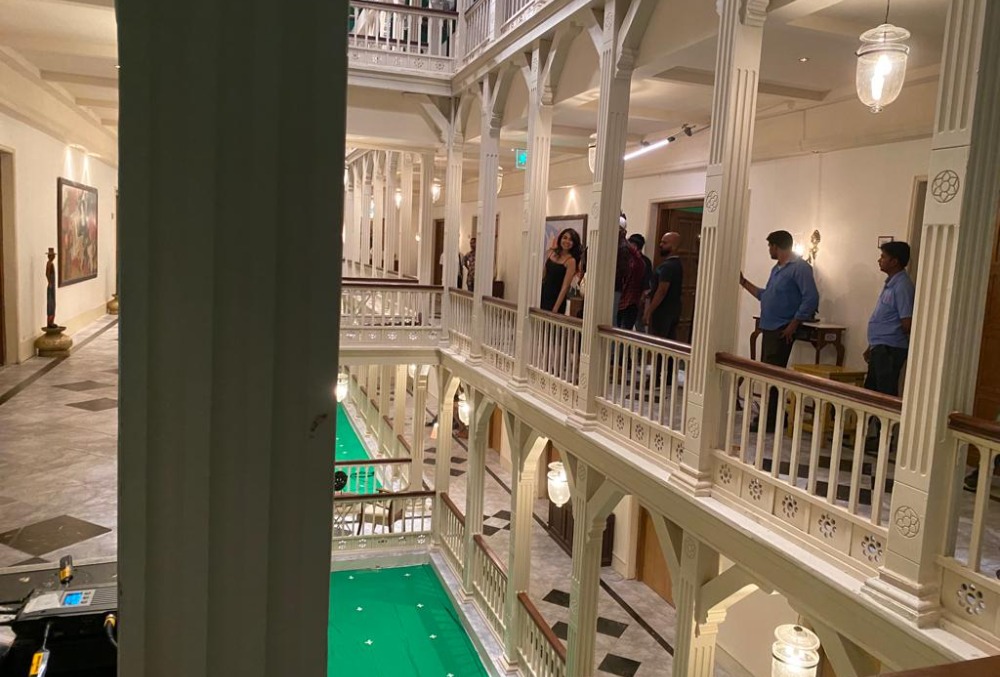 We had to build the Taj in five sections. We had to create a central staircase and lobby in one set. There is a sea lounge there in the Taj. One of the major episodes of Sandeep's death happened there. We had to create that sea lounge area in another set. Then coming to stairs and other scenes in rooms, we had to create those rooms. Then was the tomb of Taj which was iconic. When Sony )Productions) people saw, they thought that we had shot in the actual Taj and that was a complete boost.

With the research what we understood was that after the attack, the only change that happened in the design of Taj was that they made the ground floor in a shopping market thing. But coming to other floors where guests were staying, one part of Taj got destroyed in this attack. Rest of the wings remained the same. Most of these hotels follow a symmetrical architecture in the lobby area. They followed a pattern and they made sure that they wanted to regain Taj's prominence as it was. So, even the management took care in recreating exactly the same thing when they re-did it. That was a solution for us. Few other things were that, since we attended the tour, we had access to the gallery pictures that they had, where we could connect what was existing. I think we were good enough to crack both things.

We erected every set in Hyderabad including Gateway of India. We made the structure and the complete area where people were standing outside the hotel. We didn't have any scenes in the water, so we connected it to computer graphics (CG). We made Taj in four different sets. If you calculate sea lounge it's 5. Five sets were erected in sequential manner and not at the same time. On an average, too central staircase and corridor in 50-55 days.  We erected these five sets in 3 different studio floors. We had to dismantle one set and reconstruct another one. All this happened in Ramoji film city.

An Army of Workers

More than 260 to 300 people were on sets in every way possible from different departments of art. The carpentry, the welding work, the upholstery, the side job, electricians. Lots of artists were involved in the detailing. We had to do a lot of work in creating replicas of the railing handles or the statue of Tata because only when you get the visuals right, you enjoy it. Very small elements like pots, planters, and the fire escape pattern were also replicated. We had to order the customisation of carpets and lamps, so that we don't miss out on anything and we are not compromising on design.  The set was made in the size of 200x150 area wise and almost to a height of 60 ft. So, we had to build floors inside the studio to have the sequence of the attack.So, it was a huge set. 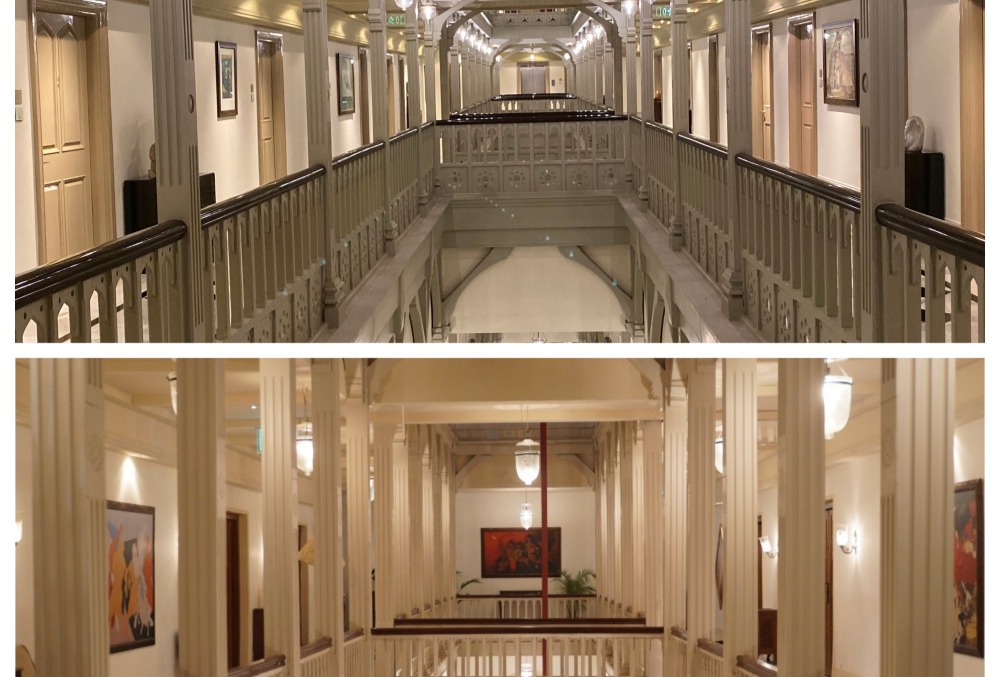 Co-produced by Mahesh Babu's GMB Productions, A+S  Productions and Sony Pictures, 'Major' will release on February 11, 2022. With Adivi Sesh in the lead role, the film also stars Saiee M Manjrekar, Sobhita Dhulipala, Prakash Raj and Revathy in the leading roles. The film has been made in Telugu and Hindi and will be dubbed in Malayalam.