Faith On My plate

Films originating from Mumbai show remarkable maturity and restraint while dealing with the tricky maxim "I am what I eat". 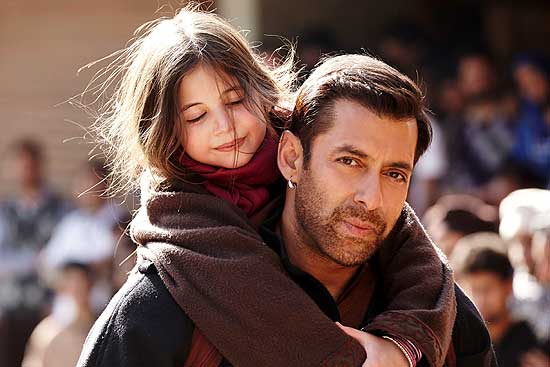 Dietary differences attributable to different cultures and faiths have often been the subject of jokes in popular culture. Rajesh Koothrapalli from The Big Bang Theory joked in one episode about how he was going to miss the real Big Mac, and would be forced to eat (gasp!) chicken when he was deported to India. An episode of Friends had vegan Phoebe Bouffe bravely attempting to eat veal at her prospective in-laws' house, and subsequently throwing up. Salman Rushdie's Pakistani aunt stirs hatred into her non veg curries in Midnight's Children, apparently because she intensely dislikes her India born nephew.

According to some, there appear to exist irreconcilable differences in dietary preferences in our country. These differences have recently resurfaced in the public space. Fortunately, the Indian film industry has by and large retained its secular character. This secular character is reflected in the films originating from Mumbai which show remarkable maturity and restraint while dealing with the tricky maxim "I am what I eat". Let us look at some films which have shown the way.

In his  latest blockbuster, director Kabir Khan tackles the issues of caste and religious identity and the resulting dietary differences, with a light touch. Most actions of Hanuman bhakt Pawan (Salman Khan) come across as sweet, despite his hang ups about religion and caste, because Pawan is a simpleton. The scenes in which Pawan twitches his nose at the smell of meat cooking next door, or where he forcibly removes the hungry child from the generous Muslim neighbour's dining table, draw mirth, instead of derision. His kind side comes to the fore when, despite being a strict vegetarian himself, he offers to feed the child chicken dishes at the neighbourhood dhaba, even singing a ditty about the ‘cock a doodle do' of a chicken in the kitchen, and making light of his own "dharam bhrasht" (breaking a religious taboo) behaviour.

Raj Kumar Santoshi directed this 2009 romantic comedy about Ranbir Kapoor's  lovable act as the Brahmin boy Prem Sharma, who falls in love with the Christian girl Jenny. Prem is ready to go to any lengths to impress Jenny. In a hilarious scene, at his friends' suggestion, hitherto vegetarian Prem forces himself, despite his original misgivings, to start eating chicken and mutton with a vengeance, much to the disgust of his orthodox father. Only to be told, many, many non-veg dishes later, by Jenny, that she is a vegetarian!

This short film directed by Rohit Roy, tells the story of a South Indian Brahmin widow (Shabana Azmi), who is on her way to meet her grandchildren. While waiting for her train, she orders a rice plate (meal), and goes to wash her hands. On returning to her table, she finds an old man (played by Naseeruddin Shah), eating from the plate. Being famished, she angrily snatches the plate and starts eating quickly from it. The old man, a Muslim by appearance, smiles and lets her eat. After finishing, she suddenly feels ashamed of her action, because she has consciously shared the leftovers of a Muslim man. Later  Shabana discovers to her chagrin, that she had in fact grabbed the man's plate by mistake; the same man whose very presence had so offended her.

This concept of sharing the "jootha"(touched by mouth) of a man from a different faith, was also tackled well  in Aparna Sen's 2002 film Mr and Mrs Iyer, where Mrs. Meenakshi Iyer (Konkana Sen) shares water from the bottle of her Muslim co-passenger  Raja Chowdhary (Rahul Bose) by mistake, and initially feels repulsed by him. Adverse circumstances make them bond later. 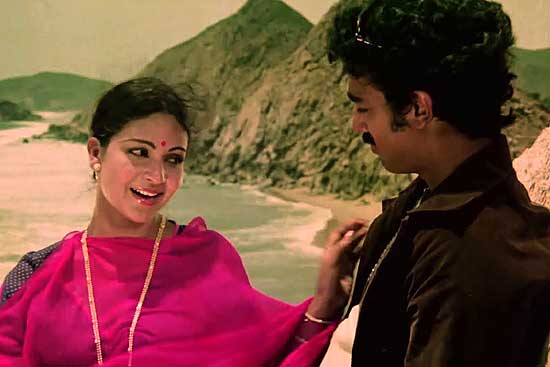 This 1981 film by K Balachander about two neighbouring families, one Tamilian and the other Punjabi, starts on a discordant note, with this Tamilian Brahmin man (father of the male protagonist, Vasu, played by Kamal Hasan) offering prayers to the Sun God in his garden, only to be rewarded with discarded egg shells in his palms. The egg shells have been carried by the wind from his North Indian neighbour ‘s yard. A heated exchange ensues. Subsequently, Vasu falls in love with the neighbour's daughter, Sapna (Rati Agnihotri). The film has several bold scenes, including the one where the elders of the two families meet with the rebellious boy and girl ,and try to dissuade them from marrying. The elders point out differences in culture, including eating habits, at which Vasu boldly declares that he will start eating "maas-machhi" (meat and fish) to assimilate into his lady love's family. His parents are of course, not amused.

In this 1979 film by Gulzar, Princess Meera is married into the family of Raja Vikramjit, to save her father's kingdom of Medta. Meera, played by Hema Malini, is a devotee of Lord Krishna and strictly vegetarian. Meera refuses to accept and cook the meat sent by the head priest Om Shivpuri from the ritual sacrifice to the palace. It is the occasion of the "Bahu Bhoj" (first meal to be cooked by the new daughter-in-law) after all, and Meera is firm that she alone must decide what is to be cooked and served. At first the royal household is surprised by her obstinacy, but in the end they  stand by her on this occasion. 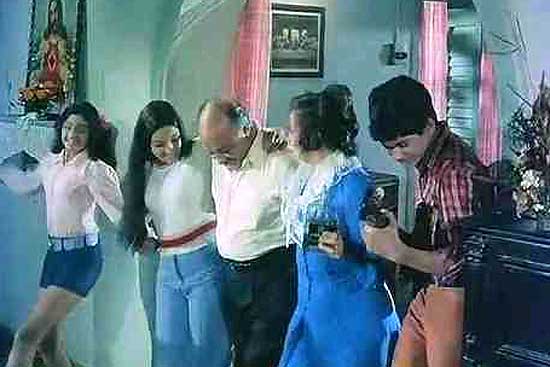 This 1975 film, directed by K. Setumadhavan, depicted the story of the trials and tribulations of an Anglo-Indian Christian girl (played by Lakshmi), who falls in love with the Hindu boy living next door (played by Vikram). The two families have no cultural similarities; the boy's family is devoutly Hindu while the girl's  mother, played by Nadira, owes her allegiance to Ol' Blighty. However, the boy's father and sister are affectionate towards Julie, readily accepting the cakes she bakes and brings to their house, despite the disgust of the boy's strictly vegetarian mother at accepting a dish containing eggs, from meat eaters.

Deepa Mehta's 1998 film, based on Bapsi Sidhwa's book The Ice Candy Man, is centred around a little Parsee girl and her family living in Lahore, who are trying to stay neutral in the midst of rising religious intolerance in the city. The girl is looked after by a Hindu maid (Nandita Das).

The film takes subtle pot-shots at how Parsees stay aloof and stick to their own preferences, including food habits. In one scene, the child is taken along by the maid to a dhaba where her friends from different faiths are ordering food at one table. Aamir Khan, who plays a Muslim Ice-candy seller, is one of them. When asked to order a dish, the little girl asks for a Caramel Custard. At this, one of the friends loses his cool and abuses Parsees for behaving like they are firangis.

Others intervene, and the child ends up eating whatever hearty dhaba fare the others have ordered.