The Most ‘Elementary’ Take on Sherlock Holmes

The seven-season long show, with a few tweaks to its characters, perfectly manages to create and capture the thrills and the aura of the popular fictional character, Sherlock Holmes. 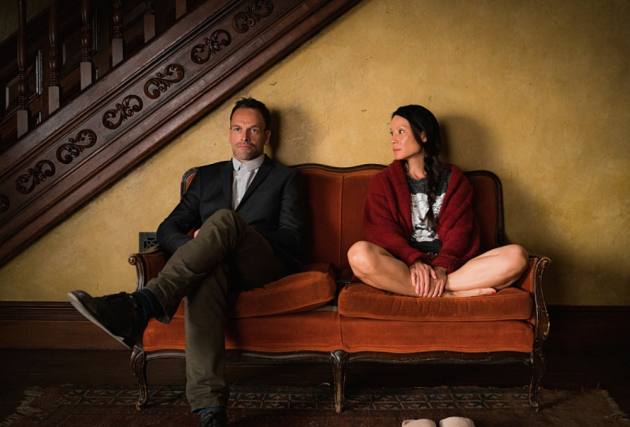 There have been several takes on the popular fictional character, Sherlock Holmes, based on the books by Sir Arthur Conan Doyle. Given the eccentricities of the character and the fact that he is a detective, there’s little surprise that the character has been loved by so many for centuries now.

The 21st century also saw adaptations of the British detective, who relies on his almost superhuman power of deductions to solve crimes, which otherwise couldn’t have been solved by the police authorities.

Robert Downey Jr. played him in two movies directed by Guy Ritchie and, as the critics pointed out, got the many qualities spot on, including being the master of disguise, anticipating how his opponent is going to attack and the ability to play the violin.

Similarly, Benedict Cumberbatch’s Holmes in the BBC series, ‘Sherlock’, which is by far the most popular version of Holmes this century, saw Cumberbatch's version of Holmes showcase brilliant deduction capabilities, the ability to offend people with words, aversion to physical touch or intercourse and of course,  his violin skills.

But perhaps, one of the most underrated portrayals in this century and overall (arguably) has to be Jonny Lee Miller’s version of the British detective, in the TV series ‘Elementary’ which aired on CBS for seven seasons. It is now available on Amazon Prime Video.

Since the show was to air on an American network, the story could not have been in London. Hence, they moved Holmes to New York, which is true in some of the stories written by Doyle as well. The switch in the location doesn’t feel out of place or out of context, since the reason behind the shift acts as the catalyst on which the show moves forward.

Miller’s Sherlock gets addicted to heroin, and in order to get away from the addiction, he decides to leave the British Capital for good. Once in New York, Holmes now meets his sobriety counsellor, Dr Joan Watson.

Dr Watson, as has always been the case, being a man. Martin Freeman as Dr Watson in Cumberbatch's Sherlock and Jude Law was Downey Jr’s best friend in the two films.

In Elementary, however, Dr Watson is a woman, played by Lucy Liu. A former surgeon, who decides to become a sobriety counsellor and then later on in the show changes profession again to become a private investigator, to assist Holmes.

The best part about their relationship was the fact that, despite the temptations, the makers resisted showing any romantic tension between the two characters, and yet at the same time, were best friends, who probably couldn’t live without each other’s company. Liu’s Dr. Watson is instrumental in helping the characters of the show feel connected to Miller’s Sherlock, and by doing that the audiences feel connected to the show’s protagonist as well.

Just like his peers, Miller’s Sherlock is eccentric as well. He has an active sex life, yet is not very comfortable with the idea of dating. He has friends but he prefers to call them colleagues. He does manage to offend people with his more-than frank approach and yes, he also plays the violin.

It runs for seven seasons long and covers almost every aspect of the books. From the drug addiction to a complicated relationship with his parents, his undying love for Irene Adler and of course his arch-nemesis Moriarty.

But what separates him from both Cumberbatch and Downey Jr’s Sherlock Holmes is the fact that at various points in the show, Miller's Holmes understands his limits and is afraid of being vulnerable, which leads him to make some rash and not-so-intelligent choices. Yes, he is not very comfortable with the idea of asking for help, but he doesn’t hesitate to reach out whenever he reaches a dead-end.

In other words, Jonny Lee Miller’s Holmes feels more human than the rest, and therefore is probably the most underrated portrayal in the modern times of a character who will continue to get adapted in future as well.