Pratichee Mohapatra Opens Up About Surviving Cancer Twice: The Battle Isn’t Over 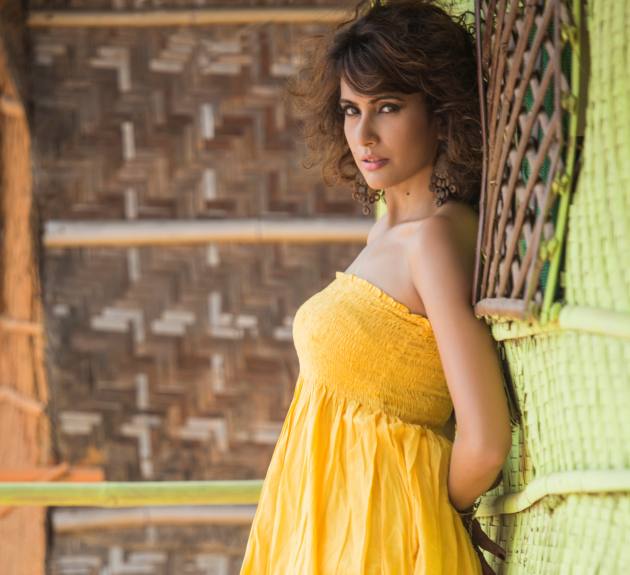 Singer and now songwriter Pratichee Mohapatra’s life has been anything but easy. Apart from ups and downs on a professional front as a singer, the 43-year-old, who is also the younger sibling of singer Sona Mohapatra, has had a testing personal life as well. Twice, Mohapatra was diagnosed with cancer in the last decade.

“First in 2011, it was lipo sarcoma in the abdominal cavity. The tumour weighed 5.8 kilos. And then in 2019, I was again diagnosed with breast cancer and the return of the previous tumour in the abdominal cavity [as well]. I had to undergo two surgeries and radiation. And my medication now continues,” she tells.

However, she shows no sign of someone who sees her glass as half empty.

“Fighting fit!” she beams as she talks to Outlook exclusively about her support system through her battle with cancer, her career as a singer and her new avatar as a singer songwriter with her recent single ‘Aao Yaara’. Excerpts from the conversation:

What inspired ‘Aao Yaara’? How long did it take for you to write it, and for it to be then recorded and produced?
‘Aao Yaara’ is almost a personal love note. I wrote it at a time when I was actually going through a delicate time in my then relationship. This song has been a part of me for a few years now and has gone through its own evolution. Finally last year Ram Sampath stepped in as the music producer and gave the song its shiny new avatar.

As a musician how important is it for you that your music, whatever it is that you create, comes from some sense of personal experience?
This song is a simple, soulful romantic one that is extremely personal and an intimate window into my feminine perspective into relationships. It’s reminiscent of relationships that have weathered many a storm together and continue to persevere. Music has the power to change and touch lives and if it stems from a personal experience, it makes it that much more powerful in its expression.

How important was it for you to not sound like every other pop artist and maintain an originality, yet don’t sound outdated?
To be honest I didn’t make any conscious effort to sound different. This song is just me expressing myself and I have always believed I’m an old soul, so maybe that’s why it has an old school vibe to it. Coming to the point where the song sounds fresh and original and current- that’s the genius of Ram Sampath who is so in tune (pun intended) with the ever-changing landscape of sound across the world.

How difficult or tough were the past recent years for you, and how did you get the mental strength and courage to fight them all?
It’s been extremely challenging and demanding but knowing I have the love, backing and support of my family and friends who have stood by both my cancer bouts gave me the strength to fight and overcome it. The battle isn’t over as I need to stay on guard every day and have regular check-ups but keeping myself creatively motivated is a great healer. In fact, I have even written a poem about my fight with cancer. Maybe another song awaits there.

How important was your family and especially your sister, Sona’s support through all of this? How important was that support in helping you cope with what you were going through?
Like I said before I couldn’t have done it without my family. My parents and my sisters are my strength. And now Sona isn’t just my big, protective sister, she’s also the driving force behind the release of my new single under Ram and her independent music label OmGrown Music.

How was the experience of being part of an all-girl pop band such as Viva, for you?
It had its set of upheavals and complications. Yet I am grateful and happy to have been a winner and part of India’s first ever reality show that has us remembered so fondly till date. The love for us pours in daily which is very overwhelming. A big shout out and thank you to all our fans.

How would you like to compare the two eras, the early 2000s pop era and the pop music being released now?
I feel elated, exhilarated and nervous all together to be releasing my new single not just as a singer but also as a songwriter/composer. Just as the 90s-early 2000s were the golden era of Indipop, what we have today is equally stimulating and exciting. Today one doesn’t need all the glossy bells and whistles to release a song. With social media you can keep putting out your music independently and if it’s good enough you will find your audience. An audience that will keep coming back for more.