Soon after the actress posted a picture of her plate, she was flooded with comments on what to eat during Navratri 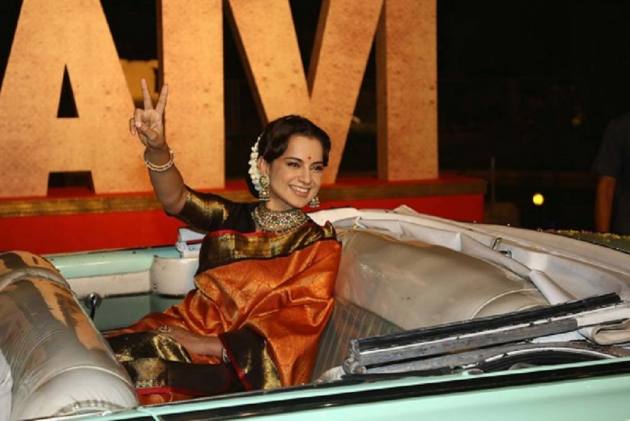 Actress Kangana Ranaut, on Tuesday, posted a picture on Twitter showing her plate of Navratri fasting food which apparently contained onions too. Moments later,  trolls started flooding her comment section, with comments like "No Onion in Navratri", "Onions not a part of Fasting", "Onions not in Prasadam", etc.

The actress defended herself by replying to Mohit Bhan, who tweeted about teaching her the right way to fast. Kangana elaborated that there's no right way to fast and anyone who wants to keep the fast, can do that in their own way.

Is Bollywood In A Mood To Patch-Up With Kangana?

"Kahan nahi sevan hota Jai Chand ji? All Hindus eat what they want to eat during these days, in my family my papa eats meat while my mother fasts, that’s what happens every where, bade Jihadi Hindu ho, in my house only I am fasting while my brother ate parsadam with onions, so", she replied.

To this tweet, a lot of poeple spoke in favour of the actresss, while some also criticized her of hurting religious sentiment. Netizens stated that the prasadam needs to be 'Sattvik' (without non-veg, onion and garlic).