The legendary actor Madhubala's lookalike is on TikTok 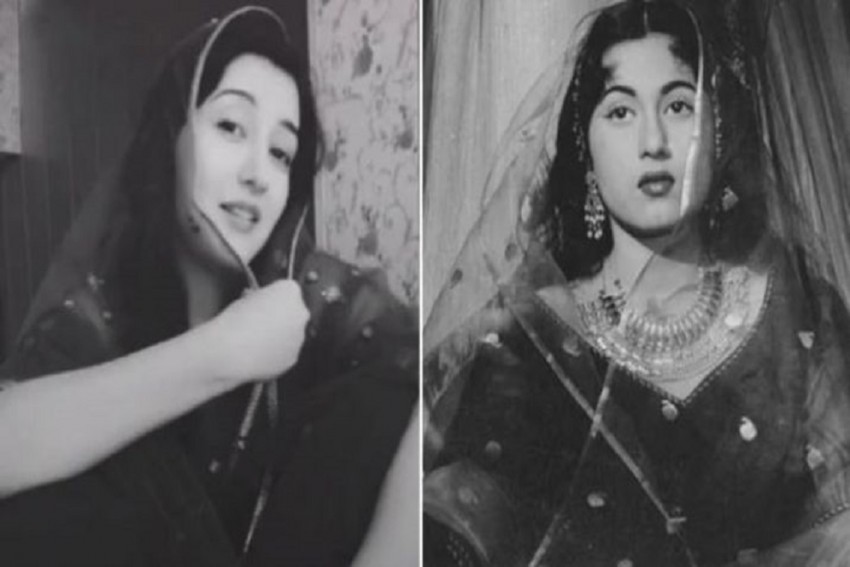 Priyanka Kandwal styles herself as Madhubala for the TikTok video
Outlook Web Bureau October 16, 2019 00:00 IST Meet The 'Madhubala Of TikTok' Who Has Taken Social Media By Storm 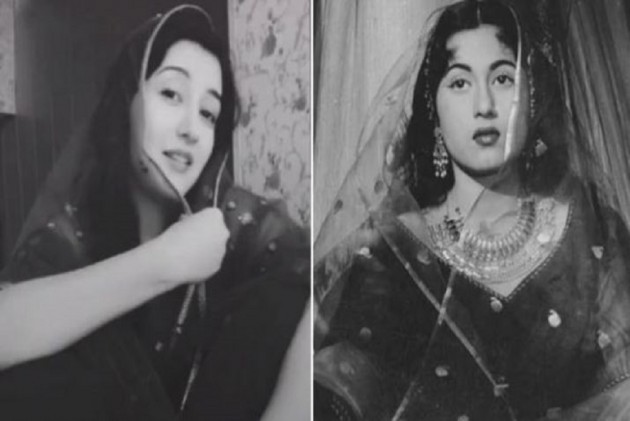 Priyanka Kandwal, rechristened by the Internet as 'TikTok ki Madhubala', said, "Didn't think people would really appreciate."The video sharing app, TikTok is a goldmine, as far versatility in terms of content is concerned. All you have to do is scroll through the countless videos and you never know what you might end up discovering. The app has indeed given amateur actors and performers across the country a platform to experiment with their talents.

Remember the time we discovered Salman Khan's lookalike on TikTok? Now, we have another one. We found legendary actor Madhubala's lookalike too on the app. Yes, you heard that right. A woman named Priyanka Kandwal has earned quite a name for herself as the Madhubala of Tiktok and you have to admit, she does look a lot like the celebrated actress. She can be seen onn social media singing songs like Haal Kaisa Hai Janaab Ka from Chalti Ka Naam Gaadi, Achha Ji Main Haari from Kala Pani and Dekhne Mein Bhola Hai from Bambai Ka Babu.

I am freaking out!!! How is the resemblance so uncannyðÂÂÂÂÂÂðÂÂÂÂÂÂ pic.twitter.com/k7ain9OBLH