Kubbra Sait: Being ‘Phara’ Is The Toughest Job That I Have Ever Done

In conversation with actress Kubbra Sait who stars as ‘Phara’ in Apple TV’s show ‘Foundation’. 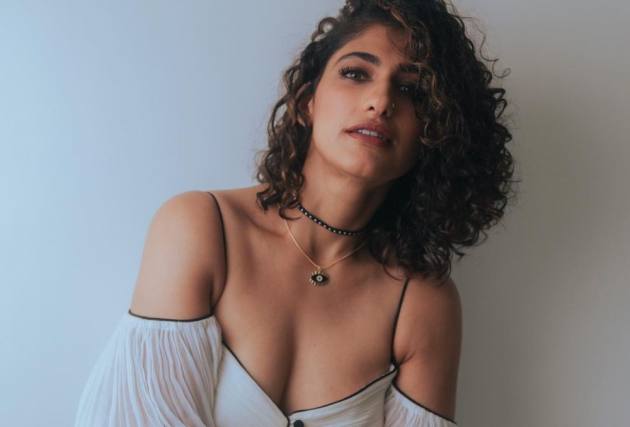 Kubbra Sait talks about the preparation for the show ‘Foundation’, how auditions and casting in the west are different from India. Kubbra decided not to take anything for granted when it came to the craft. She feels something as big as ‘Foundation’, happening to somebody who started from a very humble space back in Bombay eleven years ago, without knowing anybody in the industry, is nothing but a blessing. Excerpts from the interview:

How did ‘Foundation’ happen?

Being honest to God, I got the ‘Foundation’ entirely on my merit and on the basis of the audition. There were about four to five rounds of auditions over a period of four months. And, as they say, the rest is history. I decided not to take anything for granted when it came to the craft. I think something as big as ‘Foundation’ happening to somebody, who began in a very humble space back in Bombay eleven years ago without knowing anybody, is nothing but a blessing. I remember connecting to people on Facebook for work. I feel I have come a very long way from there. Sometimes it’s humbling. There were many who thought that I will not go this far and so when they say, “Achaa Tum Na Yeh Bhi Kaarlia” (Okay, you have done this also), I find it pretty funny and interesting.

Preparation for the role of ‘Phara’ and how different was the preparation technique there and here?

I really don’t know what it takes to prepare for a role. But preparing for this particular role required me to do many things that were alien to me. To begin with the fact that the series was in English. When you reach there, you feel ‘why do I need to learn English all over again, of course I learnt it in school’? But when you read the script, it’s like, ‘Oh My Lord! I need a dictionary to follow the script.’  So, that was one part of it. Then came the whole physical aspect of it where I have never thrown a punch in my life because I never needed to. But now I am playing this bad ass, who is just going about killing people, holding guns, shooting them and doing these roundhouse kicks and what not. A lot of physical preparation went into it and most importantly my posture became straight. And there was this other aspect of learning a whole new language and this is not a language for which you can rely on a dictionary. It is a language connected to this world and I think that kind of shook me in many ways. But at the same time, it was the greatest and most incredible experience of my life. Being ‘Phara’ is the hardest job that I have ever done.

How would you describe ‘Phara’?

‘Phara’ is obnoxiously good (laughs). Phara carries a lot of wounds, a lot of hurt, a lot of pain in her heart. In episode five there is this line, “Does it hurt any less losing your brother, losing your family? She says you know what? It does feel a little empty, but it does hurt a little less.” But in reality, I do not agree with Phara and about how she is.

Is ‘Phara’ very different from you?

Absolutely, I am very different. I go hugging people and I am always laughing, making a fool of myself. But then here she is saying mean things and hurtful things all the time which is not me.

How different was the casting process of ‘Foundation’?

What I realised is that in India if I am auditioning as a village girl, they will ask me to come dressed up like a village girl. And if I ask them why, they say it allows us to see more. But what I loved about the audition process of the west was that they ask you to come in the simplest of simple clothes. They only want to see you and your face, the expression of your eyes. They even asked me to take off my nose pin. It was just Kubbra going like Kubbra for the audition and not Kubbra as the perceived character. It was like their job of perceiving and giving birth to the character. They wanted me to put in my effort as an actor and actor alone. In fact, when I went to Ireland for a screen test, that was the first time that they tried makeup on my face. So, I am still dumbfounded when people in India say dress up like the character you are playing when you are coming for the audition.

Do you think India is lagging behind in the sci-fi space?

I would say, we are catching up. We have some great stories to tell. We may not have a sci-fi story to tell. But we have very simple stories and our simple stories are unique. For example, why do you think ‘Kota Factory’ did so well? It did well because it was close to everyone’s hearts.