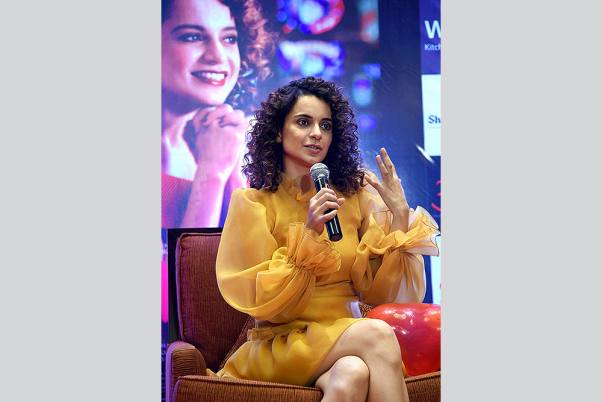 After Kangana Ranaut’s first Covid-19 report came back as inconclusive yesterday evening, her plans of leaving for Mumbai seemed threatened. However, the state medical teams in Himachal Pradesh swung into quick action and fresh samples were immediately taken late on Tuesday evening. A second report that is said to have been received by the actress at around midnight confirmed that Ranaut has tested Covid-19 negative. A senior district official in Himachal Pradesh also confirmed the same.

On Tuesday, medical teams had taken samples from Ranaut, her sister Rangoli Chandel and a third person. While the other two samples came in as negative, Ranaut’s report was marked as “inconclusive,” necessitating a second Covid-19 test.

According to latest reports the Bollywood actress was spotted at the Chandigarh airport wearing a sari and a face mask, while being closely followed by her sister. The duo is set to board their flight for Mumbai later today.

The actress has been provided with Y-plus security by the Central Reserve Police Force (CRPF) after the Himachal Pradesh government intervened on her behalf. Ranaut’s father Amardeep Singh Ranaut had written to DGP Sanjay Kundu raising concerns over his daughter’s safety. Ranaut came under a lot of flack recently for her comments likening Mumbai to Pakistan Occupied Kashmir.