Art & Entertainment I Decided To Create Chutki-Shopkeeper Videos To Come Out Of The Bad Phase: Comedian Gaurav Gera

I Decided To Create Chutki-Shopkeeper Videos To Come Out Of The Bad Phase: Comedian Gaurav Gera

Gaurav Gera, who made his screen debut in 2003 with the popular Hindi serial ‘Jassi Jaissi Koi Nahin’ on Sony, talks about his creative process, shows he is working on, his iconic characters, and much more. 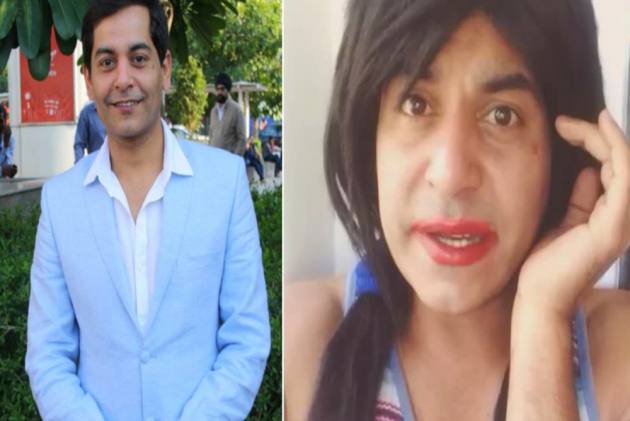 Actor, comedian, YouTuber Gaurav Gera is happy that he realised the power of social media and online platforms much before others. “I realised it way before than the others did. I started making videos back in 2010. I saw these people doing great work and I was like why shouldn’t I try. I dabbled with it, learned to edit, and figured what I was good at,” he says, from Gurugram, where he is currently with his parents.

In an exclusive interview with Outlook’s Eshita Bhargava Gaurav Gera, who made his screen debut in 2003 with the popular Hindi serial ‘Jassi Jaissi Koi Nahin’ on Sony, talks about his creative process, shows he is working on, his iconic characters – Chutki and Shopkeeper, and much more.

In Comedy, You’ve To Be Careful And Shouldn’t Question Faith Or Trust: Sunil Grover

When did you realise the potential of online platforms and social media?

I realised it way before the others did. I started making videos back in 2010. Also, because I saw teenagers in the US, UK, and Canada did so well on YouTube. It’s not like I just started doing something. I saw these people doing great work and I was like why shouldn’t I try. I dabbled with it, learned to edit, and figured what I was good at. I am a good actor so I thought of making use of something that I was already good at.

Can you tell us something about your character Chutki and how did you conceptualize it? How many characters have you created so far? All are random or somehow related to each other?

Tell us something about your recent show Chef vs Fridge and what made you do it?

The concept was key. It seemed like a fun concept and it was about food which I really love and we were sure that we were going to make a good-looking show. Zee café is a channel that I wanted to work with. Chef Vickey Ratnan is like a child and I loved working with him. He is fun and he knows his job.

Tell us about your process. Do you have a team or you work solo?

I prefer working solo but for project work, I associate with other people or agencies and various businesses. But in general, the creation of videos is entirely by me. I air it myself and conceptualise the stories also myself. Sometimes, I also feature my house help or my roommate in my videos and share content.

Television and movies are still doing well or do you think digital platforms have taken over?

For me, digital is the best because there are no Ads unlike television, no breaks and I can watch whatever I want. I would rather pay and watch uninterrupted stuff and I also like watching movies in my own time which also allows me to cook at the same time.

Do you think, you have been stereotyped?

Not really. I play various roles and I love to play various characters. Most of the work I do is created by me and is in my control. By now, I know that I like to play multiple roles and that one role is not enough for me and this is what I love to do and shall continue to do so.

You have seen both highs and lows in your careers. Can you tell us something about that?

It is not always easy you know and when I got my very first show in 2000, I remember praying to achieve enough but not a lot because I was too young and it’s difficult to handle so much success at that age. It tends to go to your head and then you tend to take wrong decisions. I have taken really long to keep stepping up every year and I enjoy it.

Was there a time when you decided to give up? What kept you motivated?

2014 was really a horrible year for me. I was very happy doing a show in Delhi but suddenly the show got canceled and my money got stuck. That really got me worried and I didn’t know how to proceed ahead. In that situation of uncertainty, I was unsure of where I am headed and what to do next. In that low phase, I recreated some good content that really went viral worldwide – Chutki and the Shopkeeper. As low as 2014 was, 2015 was bright and surprising for me. In 2015, every day there was a film star or TV star recreating my video, so the whole year was really great.

Are we going to see you working with OTT platforms?

Yes. There was a role that I was really kicked about but it couldn’t happen because of a clash of dates. I get excited to do few things and few roles that I really want to do. So, now I’m waiting for an interesting role that I really want to do. I think OTT is already huge and the quality of work that they are doing is phenomenal. Every platform is doing great stuff.