Justice Chandrachud made strong observations against the Aadhaar Act and said that it violates the privacy of rights as it could possibly lead to profiling of persons and voters. 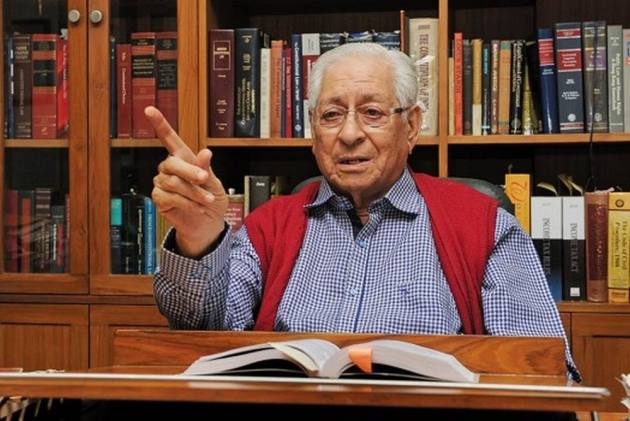 Justice Chandrachud made strong observations against the Aadhaar Act and said that it violates the privacy of rights as it could possibly lead to profiling of persons and voters.

In a judgment pronounced as 4:1 majority, the Supreme Court of India upheld the Aadhaar Act and scheme after striking down some provisions. Justice Chandrachud, who was against the Constitutional validity of Aadhaar, is the dissenting judge in a majority of the parameters of the verdict.

Extending his support to Justice Chandrachud's stand, jurist Soli Sorabjee asserted that dissenting judge's concerns about intrusion of the right to privacy are legitimate.

"The Supreme Court has upheld the Act by placing certain conditions. I think, on the whole, it is a good judgment. Though personally, I am happy with Justice Chandrachud's judgment striking it down on the ground that it bothers right to privacy. This kind of provision has to be on an experimental basis. Later on, there may be more amendments or changes can be made, but the citizen's concern has been largely met by the majority by imposing certain limitation and conditions. Justice Chandrachud's concerns about the intrusion of the right to privacy are very legitimate and personally, I prefer his judgment," Sorabjee said.

Bhushan said, "His dissent is a very important dissent which makes a very strong case. Firstly, on the fraud that was perpetrated by passing this Act as a money bill and thereby bypassing the Rajya Sabha. Though the majority might not agree with him, the majority also said that whether an Act can be passed as a money bill or not, just the Lok Sabha Speaker's decision on that is not decisive. The decision can be challenged in court of law and court will decide whether the Act has any relationship with the consolidated fund of India or not."

Incumbent Attorney General KK Venugopal, however, expressed delight over the judgment. Venugopal, told ANI, "I am very happy with judgment. It is a landmark and remarkable judgment."

China Has Ramped Up Military Drills And Deployment In 'Depth' Areas Near Arunachal: Eastern Army Commander