The Sikh diaspora, all over the world has taken on the challenge to plant a million tree across India, Malaysia, Pakistan, US, UK, and many other countries, to celebrate the 550th birthday of Baba Guru Nanak, who founded Sikhism. 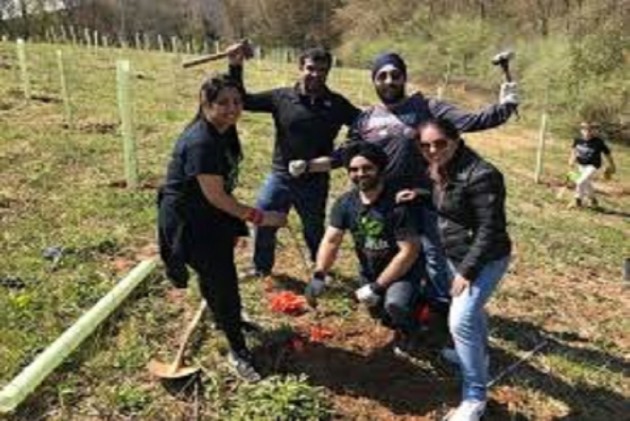 To mark the 550th birth anniversary of Guru Nanak, the founder of Sikhism,  Sikhs around the world have launched a campaign to plant a million new trees “as a gift to the entire planet", as a part of the celebration.

According to the Guardian, the project aims to reverse environmental decline, and help people reconnect with nature.

Rajwant Singh, President of the Washington DC-based environmental organisation EcoSikh, which is coordinating the "Million Tree Project", said he wanted to mark the anniversary in a significant way.

EcoSikh collaborates with thousands of Sikh Gurdwaras and institutions all over India, Malaysia, Pakistan, the US, UK, Australia, France, Hong Kong, Norway and many other countries.

The Sikh diaspora has taken on the challenge and tens of thousands of trees have already been planted, the report said.

The report added that a majority of the world’s Sikh population lives in Punjab, India. The Sikhs here are planning to plant 550 saplings in every village. Trees have been planted in India and also in the UK, US, Australia and Kenya.

Sikh Union Coventry, an environmental organization based in Washington, said it plans to plant 550 trees in the Coventry area, and has already started planting native trees, shrubs, and flower,s such as hazel and hawthorn at various sites.

"Guru Nanak was a nature lover. (He) had talked about nature as a manifestation of God and many of his writings talk about how we need to learn lessons of life from nature," said Singh.

He said he hoped the project would motivate Sikhs, especially the young, to improve their relationship with nature, and would be seen more broadly as "a gift to the entire planet".

Sikh Union Coventry Chair, Palvinder Singh Chana said, "As Sikhs, our connection to the environment is an integral part of our faith and identity. Future generations will benefit from the fruits of our labour, symbolising peace, friendships and continuity for generations to come."

People involved in the drive said that the million tree target would be achieved by the time of Guru Nanak's birthday in November 2019.