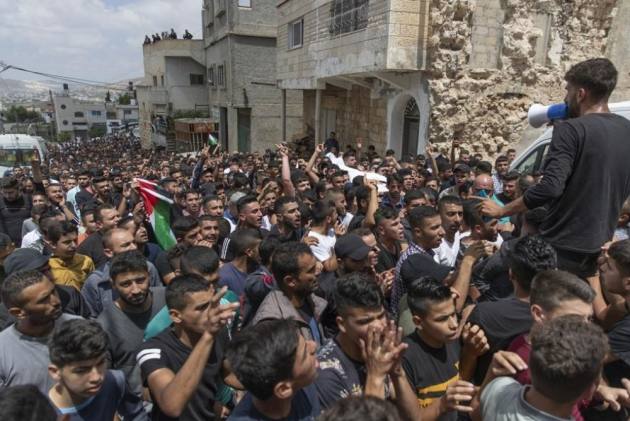 There were no immediate reports of casualties from the strike, which the military said targeted a facility used by the Islamic militant group Hamas to research and develop weapons.

Each came after activists mobilised by Hamas launched incendiary balloons that caused fires in nearby Israeli farming communities.

Hamas uses such tactics to pressure Israel and international mediators to ease a crippling blockade imposed on Gaza when it seized power from rival Palestinian forces in 2007. Israel has vowed to respond to even minor attacks.

Egyptian and international mediators have been trying to shore up the informal cease-fire that ended the most recent war. In recent days, Israel has eased restrictions to allow in Qatar-funded fuel, extend Gaza's fishing zone and permit increased cross-border commerce.

Israel says such steps are contingent on Hamas preserving calm along the frontier.