Watch out Santa! Former President Barack Obama is coming for your sleigh. 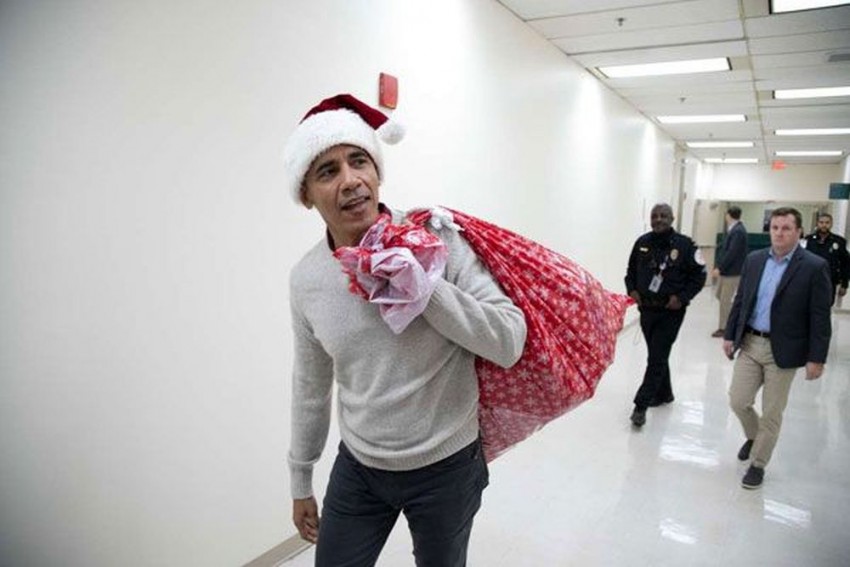 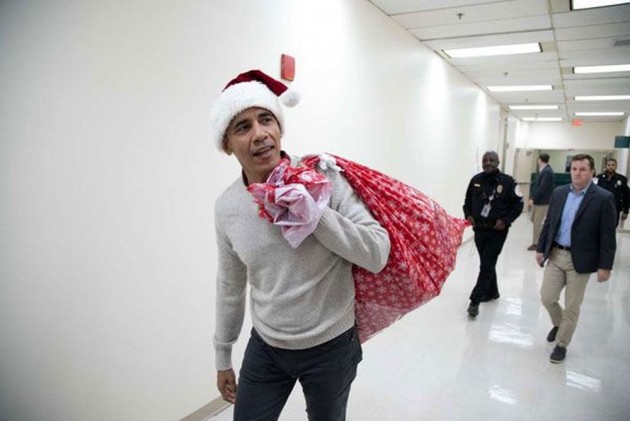 Former Us President Barack Obama paid a surprise visit to the Children's National Medical Center in Washinton, bringing with him a sack of presents for the young patients.

The 44th President was given a rock star's entrance as he entered the hospital, with his swagger giving way to dance moves as he neared the singing crowd.

Video of the visit was posted to the hospital's Twitter account, with the clip being viewed more than a million times in three hours. "Thank you @BarackObama for making our patients' day so much brighter. Your surprise warmed our hallways and put smiles on everyone's faces."

Wearing a red Santa hat, Obama toured the hospital. He met with patients and their families acting as a "stand-in" for Santa, handing out presents to children.

"Merry Christmas and happy holidays to the extraordinary kids, families, and staff at Children's National," he said in a tweet. "And thanks for humouring me as your stand-in Santa." 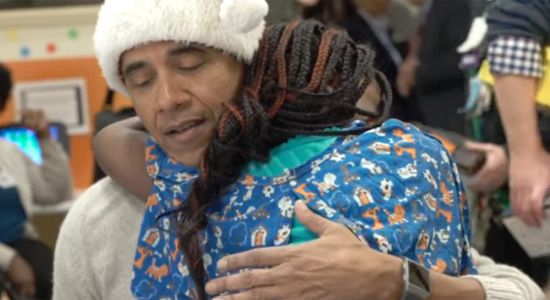 According to the statement, "He had the chance to spend some time with parents and siblings of kids who are spending the holidays in the hospital."

The statement added that Obama and his wife Michelle Obama have made many cameos at other D.C. institutions, including Ballou STAY High School, McKinley Tech High School, Dog Tag Bakery and other locations.

Obama has been surprising more than kids as of late. In November, the president snuck onstage at a book event for Michelle's new memoir Becoming. She was in the middle of being interviewed by Obama's former Senior Adviser Valerie Jarrett when Obama walked onstage with a bouquet of flowers and joined the two women for a few moments.

Earlier, US First Lady Melania Trump also made a trip to the hospital last week, reading patients a Christmas story during her visit. She then gave each child a copy of the book, which was about a bullied Christmas ornament, ABC reported.