Where Are The Stylists?

This may be the high noon of one-day cricket, but it is not difficult to see that despite all its thrills and frills, it is the bane of modern age. The shorter version has brought many ills in the game and robbed it of much of its style and stylists. 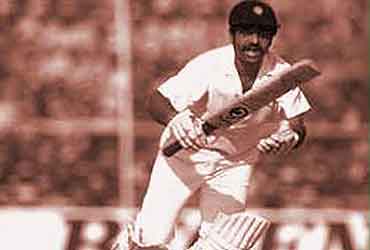 Style. The very term has a sweet ring to it. Style is the man, it is said. Everybody loves style even though many of us may not possess it. Style, like beauty, lies in the eyes of the beholder. A stylist can always distinguish himself from others in any field of human activity. They usually attract like a magnet.

Cricket is probably the best of all ball games when it comes to expressing style in all its glory and splendour. It depends on the situation and the characters involved in the on-field action. But there is no denying cricket gives the greatest scope for expression through one's style. The game has always prided itself on its great stylists. Beginning with K.S. Ranjitsinhji, cricket has witnessed several stylists who added lustre to it with their unmistakable styles.

Unfortunately, the game has been continuously on the decline as far as stylists are concerned. To find a true stylist today in a game completely engulfed by crass commercialism and in the vortex of the match-fixing scandal, is akin to finding a needle in a haystack. This may be the high noon of the shorter version of the game, but it is not difficult to see that despite all its thrills and frills, one-day cricket is the bane of modern age. It has brought many ills in the game and robbed it of much of its style and stylists.

India, of course, has produced many noticeable stylists. Lala Amarnath, Vijay Manjrekar, Salim Durrani, Surinder Amarnath and Ashok Malhotra, for instance. And Gundappa Viswanath, of course. Indian batsmen are known not only for their style but also their amazing wrist-work. Across the border we had Zaheer Abbas, Majid Khan and Salim Malik who gave joy to the cognoscenti with their stylish presence at the wicket. Sri Lanka, too, has had its share of eminent stylists like Duleep Mendis (he was invariably called the Viswanath of Sri Lanka), Roy Dias, Ranjan Madugalle and Roshan Mahanama.

While Australia had Victor Trumper, Neil Harvey, Greg Chappell, Kim Hughes and Mark Waugh who batted stylishly, England had maestros like Frank Woolley, Peter May, Tom Graveney and, of course, David Gower. Martin Crowe was arguably the best and the last stylist from New Zealand. Zimbabwe has had no one who could be called a stylist.

West Indies, like India, has given several stylish batsmen to the world. Frank Worrell, Rohan Kanhai, Basil Butcher, Gary Sobers, Alvin Kallicharan and Lawrence Rowe immediately come to mind. The natural flair of the West Indian players was such that one is tempted to bracket even dynamic batsmen like Clyde Walcott, Everton Weekes, Clive Lloyd, Roy Fredericks and Vivian Richards in the same category, even though their batting was not all grace and style.

Batting can be very subtle and delicate when an elegant, wristy batsman is at his best. Viswanath was a classic example of how a wristy batsman could produce the same devastating effect as did powerful willow-wielders like Graeme Pollock and Barry Richards. When Viswanath unfolded his art, he was a picture of a perfect stylist.  It was a sight for the gods when he was at his vintage best and bringing out the very nuances of artistic batsmanship.

Viswanath was not just a high quality stylist but a rare artist in the true sense of the word. While he was incomparable as an artist, he has had few peers and no superiors as a stylist in the entire history of cricket. In fact, it is no exaggeration to say he was style personified. It is 17 years since Viswanath called it a day but cricket is yet to come across a batsman who can resemble him even in second place. Mohammed Azharuddin appeared to be a good stylist when in full swing. But whenever he performed his customary war-dance against hostile fast bowlers on the green tops, the same Azharuddin presented a pathetic, even ugly, sight.

Among the present lot, V.V.S. Laxman, Rahul Dravid, Saurav Ganguly, Brian Lara, Jacques Kallis, Graham Thorpe and Mahela Jayawardene – to name some – may appear to be representing style. But only in a limited sense. The same can be said about Sachin Tendulkar, Sanath Jayasuriya and a few others of their ilk. Whatever their style, they are certainly no artists. So Viswanath must remain nonpareil. It must, however, be accepted that there are few better sights in contemporary than a Laxman or a Lara on song.

Besides their elegance, naturalness and poise when armed with the willow, it was that nebulous something called personality which also lent style to the batsmen. Most of the stylists who graced cricket were endowed with good personalities, too. The game, which is fast losing its charm, colour, glitz and romance, badly needs a few good stylists.

'The Team Is Backing Me'