Home  »  Website  »  National  » Reportage  »  We Don't Mind Getting Naked Before A White Man, But Question Our Own Govt On Privacy: Union Minister K.J Alphons On Aadhaar

We Don't Mind Getting Naked Before A White Man, But Question Our Own Govt On Privacy: Union Minister K.J Alphons On Aadhaar

"When your own government asks for your name and address, there is a massive revolution, saying it is an intrusion of privacy." 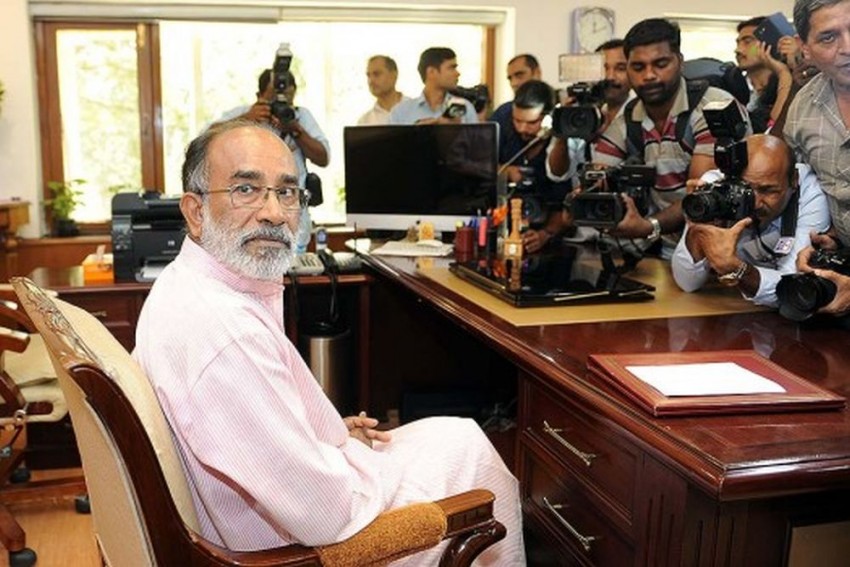 File Photo
Outlook Web Bureau March 25, 2018 00:00 IST We Don't Mind Getting Naked Before A White Man, But Question Our Own Govt On Privacy: Union Minister K.J Alphons On Aadhaar 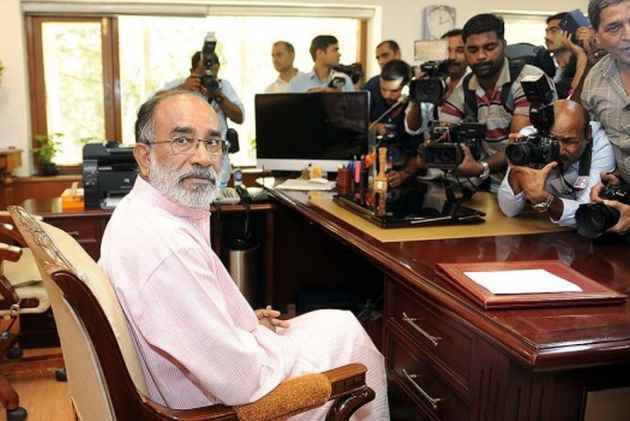 Union Minister KJ Alphons today took a jibe at activists fighting against the government's decision on mandatory linking of Aadhaar, saying people do not mind "getting naked before the white man at all" but question "our own government" on privacy issues.

The Supreme Court is hearing a number of pleas challenging the constitutional validity of Aadhaar and its enabling Act. Petitioners argue that making Aadhaar mandatory amounts to a violation of Right to Privacy, which the Supreme Court last year, had held to be a fundamental right.

Even as the government had made the twelve digit biometric mandatory to avail a number of government services, including subsidies, Pensions, and for applying Income Tax and bank accounts, the Supreme Court in its latest order extended indefinitely the March 31 deadline to link Aadhaar with bank accounts, mobile phones, etc.

Amid reports on alleged data breach of Aadhaar details submitted to the UIDAI, Alphons said people have a problem only when "your own government" asks for data.

"I filled up to 10 pages for US Visa form. We have absolutely no problem giving our fingerprints and getting body naked before the white man at all," Alphons said. "When your own government asks for your name and address, there is a massive revolution, saying it is an intrusion of privacy," news agency ANI quoted him as saying.

Unlike the US Visa form which requires consent of the recipient in providing details, critics have argued that the 12-digit biometric is more or less imposed. Also, all Indians are not directed to apply for a US Visa, as against Aadhaar which the government has mandated for every Indian citizen to enroll in.

The Supreme Court was recently told that the collection of biometric details of citizens by UIDAI from 2010 onwards till 2016, when the enabling Aadhaar law came into force, was "illegal" and "invalid", and without "informed consent".

The government and Aadhaar issuing body UIDAI is on the defensive ever since reports on alleged data leak surfaced.

"What is given in Aadhaar are just name  and address. Your bio-metric data is with UIDAI and let me assure you that it has not been breached, its absolutely secure. We have given authorisation to govt agencies to access Aadhaar information," the Union Minister said today.

The UIDAI also refuted reports about a fresh data leak of Aadhaar holders, and asserted that there has been "absolutely no breach" of its database.

The statement comes after ZDNet, a technology news portal cited a security researcher's claim to state that a system of state-owned utility firm was allegedly leaking information on Aadhaar holders. UIDAI said it is also "contemplating a legal action" against ZDNet, on the issue.

The ZDNet report had claimed that "a data leak on a system run by a state-owned utility company can allow anyone to download private information on all Aadhaar holders, exposing their names, their unique 12-digit identity numbers, and information about services they are connected to, such as their bank details and other private information."

The UIDAI argued that mere availability of Aadhaar number with a third person "will not be a security threat to the Aadhaar holder" nor will it lead to financial or other fraud. This is because a transaction is contingent upon a successful authentication through fingerprint, Iris or OTP of the Aadhaar holder, UIDAI said.

Earlier this week, UIDAI CEO Ajay Bhushan Pandey had made a powerpoint presentation in the Supreme Court to defend the government's ambitious Aadhaar scheme. He had said that breaking Aadhaar encryption may take "more than the age of the universe for the fastest computer on earth."