The JeM, founded by Azhar, has already been in the UN's list of banned terror outfits. 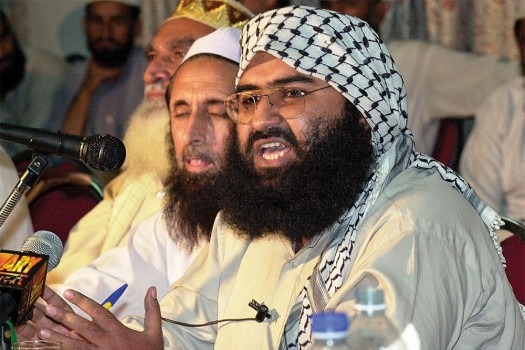 Pakistan-based JeM chief Masood Azhar is a "bad guy" and should be declared a global terrorist, the US today said as China blocked a bid at the UN to list Pathankot terror attack mastermind as a designated terrorist.

Last week, China for the fourth time had blocked a proposal backed by the US, France and Britain to list Azhar as a global terrorist, citing a lack of consensus among the members of the Al-Qaeda Sanctions Committee of the UN Security Council.

The JeM, founded by Azhar, has already been in the UN's list of banned terror outfits.

"We certainly think that he is a bad guy. We would like to have him on that list," State Department Spokesperson Heather Nauert said at a press conference when asked about China's move.

"There are some committee discussions that are underway over whether to add him or the entity to the sanctions list. That list is confidential under the United Nations, so unfortunately, I am not going to be able to comment on the deliberations at the UN under that," Nauert said.

"I’d have to refer you to the Chinese Government to explain why they voted the way they did, but we certainly think that this guy is a bad guy,” she said when asked about China's action.

A veto-wielding permanent member of the Security Council, China has repeatedly blocked India's move to put a ban on the Jaish-e-Mohammed (JeM) chief under the Al-Qaeda Sanctions Committee of the Council.

China had in August extended by three months its technical hold on the US, France and UK-backed proposal to list Azhar as a global terrorist by the UN after having blocked the move in February this year at the United Nations.

Notably, China was the only country opposing the designation of Azhar by the Security Council as a terrorist.

All other 14 of the 15 members of the UN Security Council were supporting the bid to place Azhar on the sanctions list that would subject him to an assets freeze and travel ban.

Azhar is accused of several terrorist attacks in India, including one on the Pathankot air force station in January 2016.