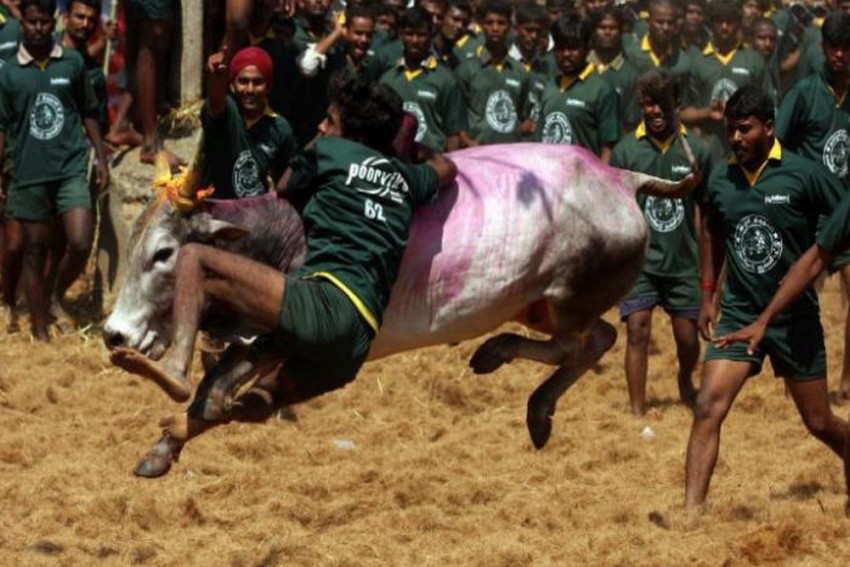 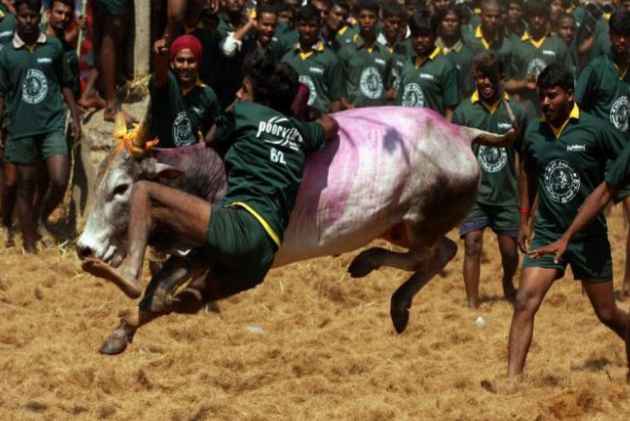 Two people were gored to death on Tuesday while participating in Jallikattu (bull-taming) in Tamil Nadu, taking the total death toll to three in the last 24 years, reported NDTV.

Kalimuthu,19, who was seated in a front row of the viewers' gallery, suffered fatal stomach injury when the bull running in the playing arena suddenly strayed and attacked him.

After first aid at the medical camp at the venue, the boy was rushed to the Rajaji Government Hospital in Madurai, but died on the way, police said. Kalimuthu's friends said he did not expect the bull to attack him and could not react.

The event was marked by traditional gaiety and valour with a participation of a total of 1,080 bulls and 1,188 sportsmen, officials said.

Jallikattu is a bull taming festival, which was banned by the Supreme Court 2014 after the complaints of extreme animal cruelty. Last year, Panneerselvam announced that the ban has been “removed completely” following the signing of an ordinance to the effect by state governor CH Vidyasagar Rao. Interestingly, Panneerselvam picture was missing from the poster at the event. The poster displayed only portrayed Palaniswami and former chief minister of Tamil Nadu J Jayalalithaa, reported ANI.

Tight security arrangements had been made with deployment of around 1,200 police personnel, police said.

The sport was held in the presence of the members from the Animal Welfare Board of India and other officials. On Monday, 11 injured sportsmen were immediately treated at the medical camp put up at the venue and sent home.

The sport synonymous with Pongal festivities in this region returned in its full traditional gaiety during the festive period after a gap of three seasons.

"We are splitting the bull-tamers into groups of 100 and replace them every hour, so the bulls are not traumatised. We take every violation seriously and each invites disqualification. Veterinarians let only bulls that are fit and free from signs of cruelty and intoxication," said collector Veera Raghava Rao.