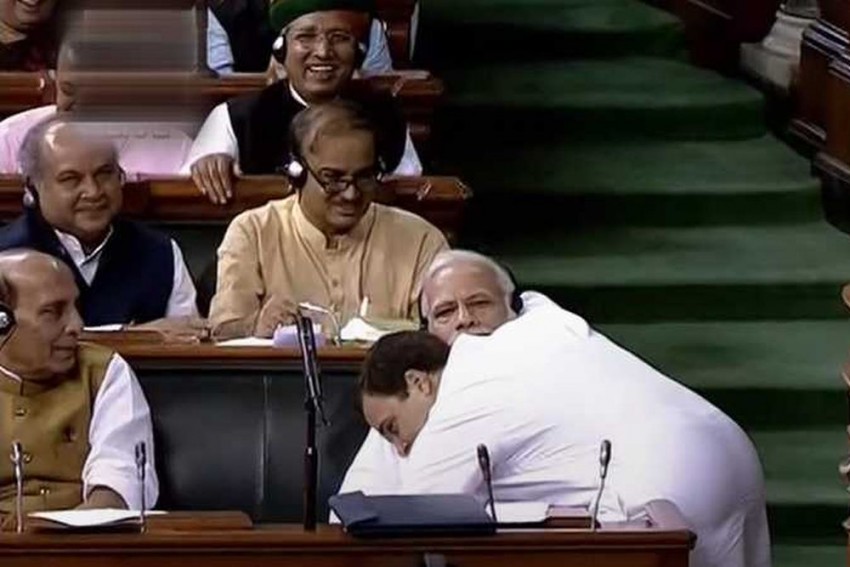 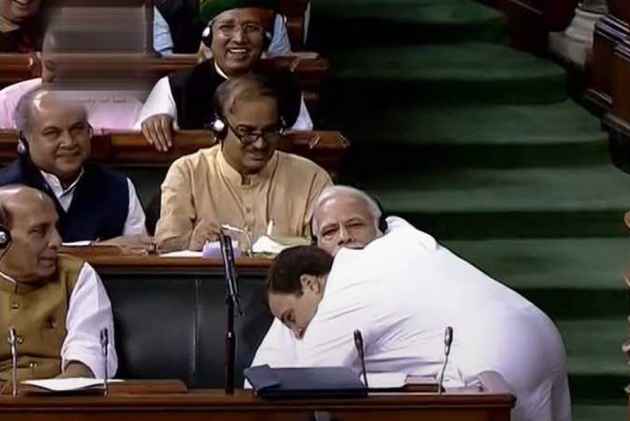 The Shiv Sena was all praise for Congress chief Rahul Gandhi after his speech in the Lok Sabha during a debate on the no-confidence motion, saying he had now "graduated from the real school of politics".

The Shiv Sena which is a partner of the BJP in the Maharashtra government, had decided to abstain from the no trust vote in Parliament.

"The Congress chief has now graduated from the real school of politics," party leader Sanjay Raut said, after the Sena decided to abstain from the no-trust vote in the House.

Raut said Gandhi's hug to the prime minister at the end of his speech was actually a shock for Narendra Modi.

"This wasn't a hug, but a shock to Modi," Raut said, adding that there would be more "tremors" like today for the BJP.

Capping a power-packed speech in which he attacked the government on multiple issues, from farmer distress to the Rafale jet deal, Gandhi strode across the Lok Sabha to hug a surprised Modi to the amazement of the House members and millions who watched the debate live on TV.

The party's praise of Gandhi came after its apparent flip-flop on issuing a whip to its MPs asking them to be present in the Lok Sabha during the opposition-sponsored no-confidence motion and vote for the government.

The NDA ally today said there was a "mistake" in issuing the whip. "There was a mistake. No such whip could be issued by the chief whip when a decision (on no-trust motion) was not even taken then," a Sena source told PTI.

Sena MP Chandrakant Khaire, the party's chief whip in the House, in a three-line whip issued on the letter head of the party on July 18 had asked the party lawmakers to support the NDA government during the no-trust motion.