Before Retirement, CJI Misra May Deliver Judgment In These High-Profile Cases

The Ayodhya matter is limited to the question whether challenge to 2010 Allahabad High Court judgment would be heard by a three-judge bench or a larger bench. 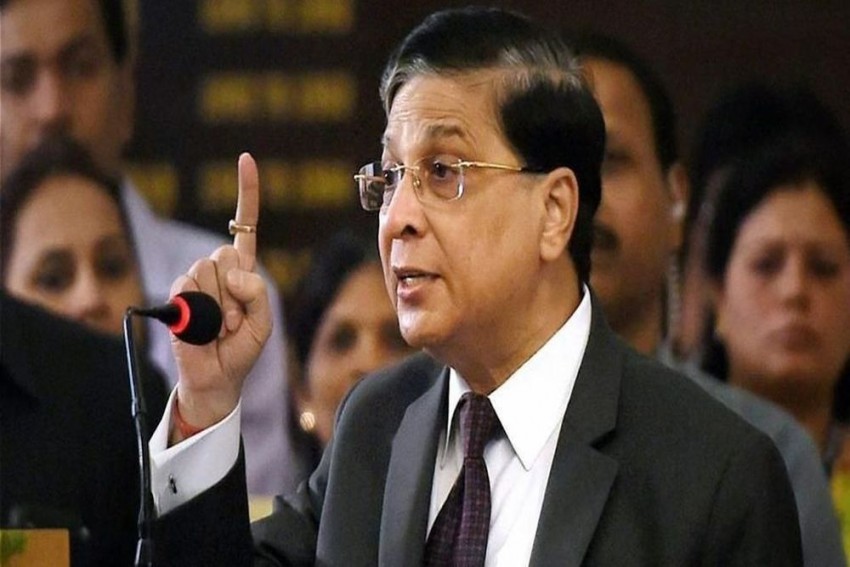 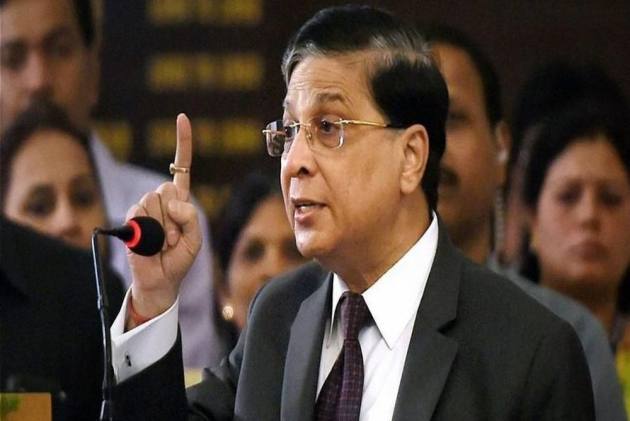 With just 19 working days left before his retirement, Chief Justice of India (CJI) Dipak Misra is set to deliver judgments on several significant issues such as Aadhaar, Ayodhya title suit, prohibition to the entry of menstruating women in Sabrimala temple, the "discriminatory" adultery law and the reservation in promotion for SC/ST.

Another important verdict would be at what stage a politician, facing criminal cases, would be considered disqualified from entering the electoral fray. This judgment would go a long way in cleansing the legislatures of politicians with criminal antecedents.

These 19 days will also see conclusion of the hearing on the challenge to female genital mutilation, a practice among Dawoodi Bohra community; and whether a Parsi woman after marrying a non-Parsi be debarred from participating in religious activities of the community including the last rites of her father.

On the practice of 'female genital mutilation' (FGM) in Dawoodi Bohra community, the Centre has stated that it was violative of bodily integrity which is a part of right to privacy and dignity.

The Ayodhya matter is limited to the question whether challenge to 2010 Allahabad High Court judgment would be heard by a three-judge bench or a larger bench.

The Muslim litigants have contended that challenge should be heard by larger bench as 2010 Allahabad High Court verdict relies on a 1994 top court judgment which had held that mosques were not an integral part of religious practice of offering prayers. They are seeking reconsideration of 1994 verdict.

Apparently, there is nothing unpredictable in the position of the court.

The Supreme Court while juncking the instant triple talaq had said that the the fundamental rights would prevail over the religious practice that teases them.

No matter which way the Aadhaar verdict goes, the crux of it would be data protraction as during the course of the hearing, the court had repeatedly underlined the need for data protection pointing to its great commercial value and of immense interest to non-State actors in business world.

The draft data protection bill as suggested by Justice SN Krishna is yet to be brought before Parliament and it is unlikely to happen soon.

Emphasising data protection, Justice D.Y. Chandrachuid speaking for the majority, in right to privacy judgment, had said, "These are matters of policy to be considered by the Union government while designing a carefully structured regime for the protection of the data."

On the discriminatory adultery law, the court had questioned the Centre's stand on the challenge to the constitutional validity of Section 497 and Section 198(2) of the Code of Criminal Procedure that prosecute man for adultery and spares woman.

The Centre had defended the "discriminatory" provision saying that any contrary view would adversely impact the family life.

Brushing aside the stand of the Centre in the course of the hearing, the Chief Justice Misra had said, "The sanctity of marriage is dependent on mutual reciprocity, willingness for adjustment and accommodation and when we marry, there is no permanent consent for sex by wife."

Pointing to the time society has travelled since 1860, Justices Rohinton Fali Nariman had observed that in 1860, the concept was that woman was a chattel, and thus this provision for consent by the husband to take away the criminality in extramarital sexual relationship between a married man and married woman."

Misra will demit office on October 1, though he retires on October 2, Mahatma Gandhi's birth anniversary.