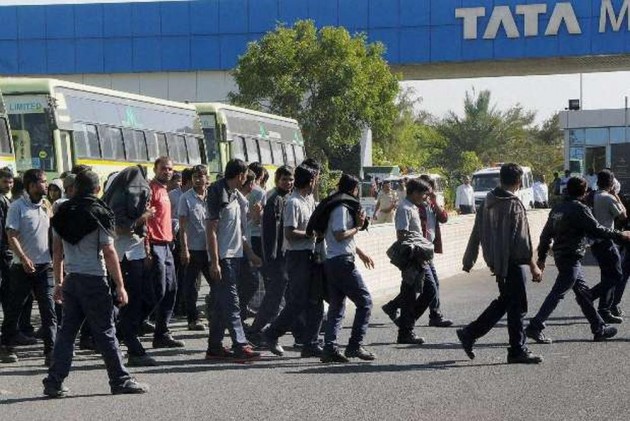 Tata Motors' Pantnagar manufacturing unit’s production was partially hit today after a section of workers resorted to agitation following one of their colleague's death due to cardiac arrest on Saturday.

Confirming the partial loss of production, Tata Motors said the company is extending necessary support to the family as per its policy and the management is looking into the issue to resolve it amicably.

According to sources, a section of temporary and casual workers assembled at the plant when it opened today after the Sunday holiday, demanding monetary compensation and a job to one of the members of the deceased worker's familiy, leading to the disruption in production.

"It is a matter of personal loss to all of us... In line with the company policy, Tata Motors is extending necessary support to the family in this unfortunate situation," Tata Motors' spokesperson said in a statement.

In light of the above incident caused by natural death, some temporary workers are leading an agitation in the plant premises seeking unreasonable demands from the management. Owing to this, the production line operated by a set of these workers has been affected partially," he added.

The rest of workmen, especially the permanent employees, are continuing their normal work and extending support in resolving the issue, the company spokesperson said, adding, "the management is looking into this matter to resolve it amicably".