Army’s ‘batman’ system up for review in apex court; notices issued to government and army 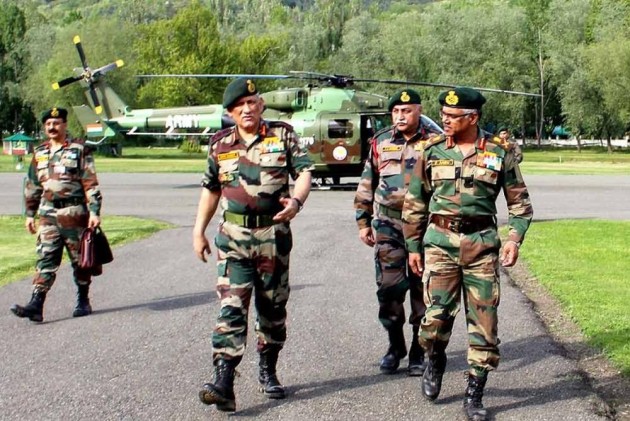 The Supreme Court on Friday agreed to hear a public interest litigation (PIL) seeking to abolish the controversial sahayak system. Questioning the circumstances that led to the death of gunner Roy Matthew, members of a Kerala-based ex-servicemen’s association has moved the apex court and asked for an independent investigation into the death.

The petition has quoted the report of Standing Committee on Defence (2008-09) of the Lok Sabha and asked for its implementation as well.

The Supreme Court agreed to hear the plea and issued notices to the central government (defence ministry), the army (office of chief of army staff) and the Maharashtra government.

The petitioners have said that they observed the corpse of the young jawan brought into Trivandrum and observed how certain officers had tried to browbeat his family into submission. The aim they say was “to prevent them from raising any questions around the death of Matthew and accept it as a suicide”.

Roy Mathews body was found near his barracks in Deolali Camp in Maharashtra. It created a controversy because the army claimed that he had committed suicide out of guilt for cooperating in a sting operation. The sting operation, through surreptitious video recording, was conducted by an investigative journalist to expose violations of the sahayak system by army officers.

The Maharashtra police have booked an ex-serviceman and the journalist, Poonam Agrawal, for abetment to suicide. They were later granted bail by a court in Maharashtra.

The petitioners in the Supreme Court have claimed that authorities tried to coerce Mathews family into giving statements against the journalist but were unable to do so in Kerala.

The petition alleges that the army officers have taken control of the investigation into Mathew’s death, which they allege is not a suicide.

Advocate Prashant Bhushan appeared for the ex-servicemen’s association and urged the court to look into the completely abolishing the shayak system.

The practice is an inheritance from the colonial era, as per which a soldier was attached with an army officer to aid him. The duties included tending to his weapons, field kits and other needs during wartime.

The practice has been under wide criticism because soldiers have complained of being used to tend household chores for the officers and their families. While the system was traditionally deployed in conflicted areas, it had become a general practice across army stations.

Recently, the central government directed that the army should use civilians to perform household chores in non-sensitive locations.

Sahayak Petition by OutlookMagazine on Scribd