Ousted Sri Lanka PM Wickremesinghe said that he commands majority in the House and it could be proven when parliament is reconvened. 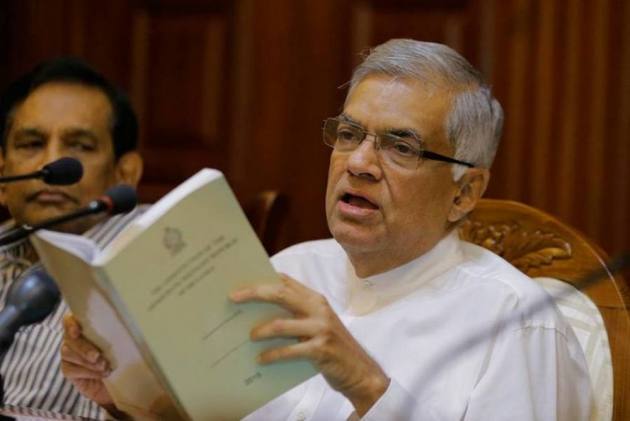 Sri Lanka's ousted prime minister Ranil Wickremesinghe said on Monday that he still commands the majority in parliament. The Speaker Karu Jayasuriya feared that there could be "bloodshed" on the streets amid the current political crisis.

Sirisena suspended the parliament till November 16 after Wickremesinghe sought an emergency session to prove his majority. His office also announced that with Wickremesinghe's sacking the Cabinet stands dissolved.

"The Speaker has the powers to summon parliament and he will decide tomorrow,” said Wickremesinghe, addressing the foreign journalists association.

Wickremesinghe said that he commands majority in the House and it could be proven when parliament is reconvened.

"We have majority in the House and now told the Speaker to summon parliament," he said referring to letters sent to Jayasuriya by the main Tamil party Tamil National Alliance and the Janatha Vimukthi Peramuna.

"No one can interfere with parliament," Wickremesinghe said.

Sri Lankan parliament speaker Karu Jayasuriya warned that there could be bloodshed as some people were trying to resolve a power struggle between the president and his ousted premier on the streets.

Addressing reporters in Kandy, Jayasuriya said the issue should be resolved inside parliament.

"Some are trying to settle this outside on the streets. If that is allowed there can be bloodshed, two (sic) people have died already, internationally the country will suffer damage," he said.

Sri Lanka's Petroleum Minister Arjuna Ranatunga was arrested on Monday for the first violent incident amidst the on going political crisis in the country that killed one person.

Mangala Samaraweera, the finance minister in the ousted government, the so called Rajapaksa government had been formed as a result of "a coup".

"All those accepting illegal positions in an unlawful government would be legally dealt with," he said.

"The President’s sudden appointment of Mr Rajapaksa as Prime Minister significantly heightens policy uncertainty. And at a time when global financial markets are turbulent, uncertainty about the direction of future policy could have a large and lasting negative impact on international investor confidence," he warned.

Rajapaksa is yet to prove his parliamentary majority, but assumed duties in the prime minister’s secretariat.