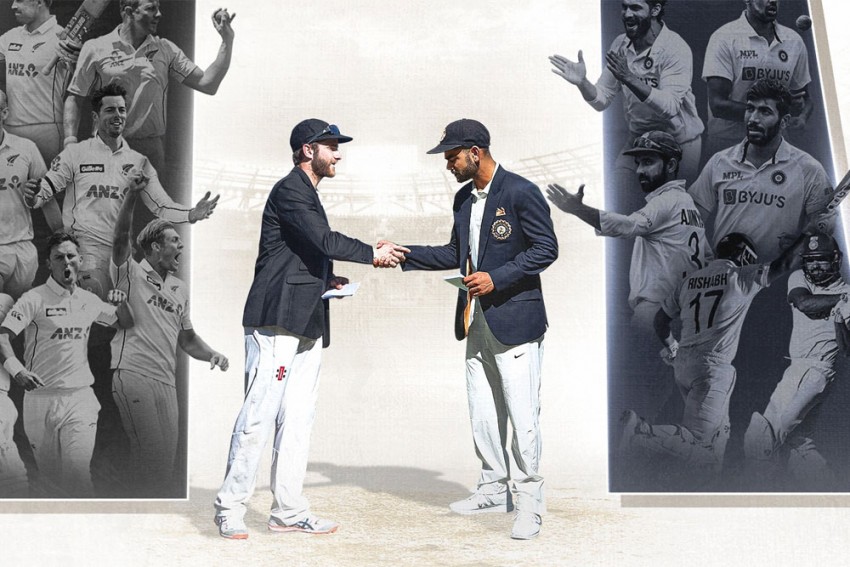 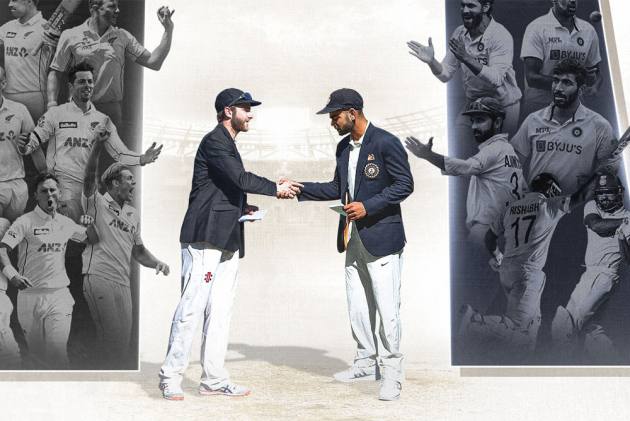 The stage is set for arguably the biggest Test match in ages as India take on New Zealand in Southampton under the spectre of coronavirus. The top-ranked sides have accumulated enough points to earn the rights to fight for the inaugural ICC World Test Championship trophy, with the finale at the Rose Bowl starting June 18. (More Cricket News)

The finalists have named their respective 15-member squads for the five-day showdown, which is expected to be an edge of the seat thriller. Both sides have some of the finest operators in the sport, let alone the format. So, it's only fitting to give a lowdown on some possible match-ups. Here are top-five clashes which will settle the issue:

India captain Virat Kohli is the top dog in world cricket; but somehow, he's having a lean spell. He has 7490 runs in the traditional format of the game, at an average of 52.37 (in 153 innings) with 27 centuries. But the last time the 32-year-old hit a Test ton was in 2019, against Bangladesh at Kolkata. He has since played seven Tests, including two against New Zealand wherein four different bowlers had dismissed him, with the highest score of 74 against Australia at Adelaide. 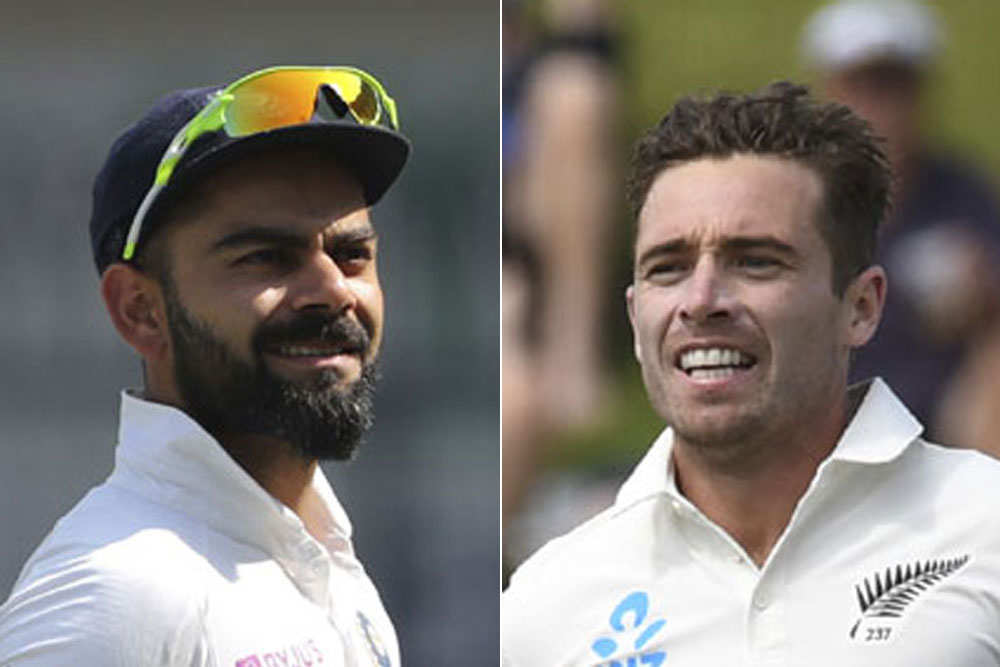 So, a lot to work on for the modern day legend. He sure will be up against a potent pace attack in Southampton, with a certain Tim Southee in the midst. The Kiwi quick has dismissed Kohi not less than 10 times, including three in Test, same as by Trent Boult. If the top-three failed to fire, India will need Kohli at his best and the skipper will need to tackle Kiwi pacers, especially the experienced Southee. The 32-year-old has 309 wickets from 78 matches at an average of 28.31. He is almost unplayable under overcast conditions. In this WTC campaign, he has taken 51 wickets at 20.66, and he loves bowling against India.

Well, the opposing captain is having some run even though Steve Smith just dislodged him as the top-ranked Test batsman. Kane Williamson, the ever affable and certainly one of the nicest guys in world cricket, is looking for an English redemption after New Zealand's heart-breaking ODI World Cup final defeat. Many would wonder which is bigger -- ODI World Cup or Test World Cup (yes). But for Williamson, the Test mace might well be the biggest trophy in cricket. And he is coming into the finale with tons of runs -- 251 vs West Indies, 129+21 vs Pakistan and another double ton (238) against Pakistan. After landing in England, he suffered an elbow injury that forced him out of the second Test against the hosts. But he's raring to go. 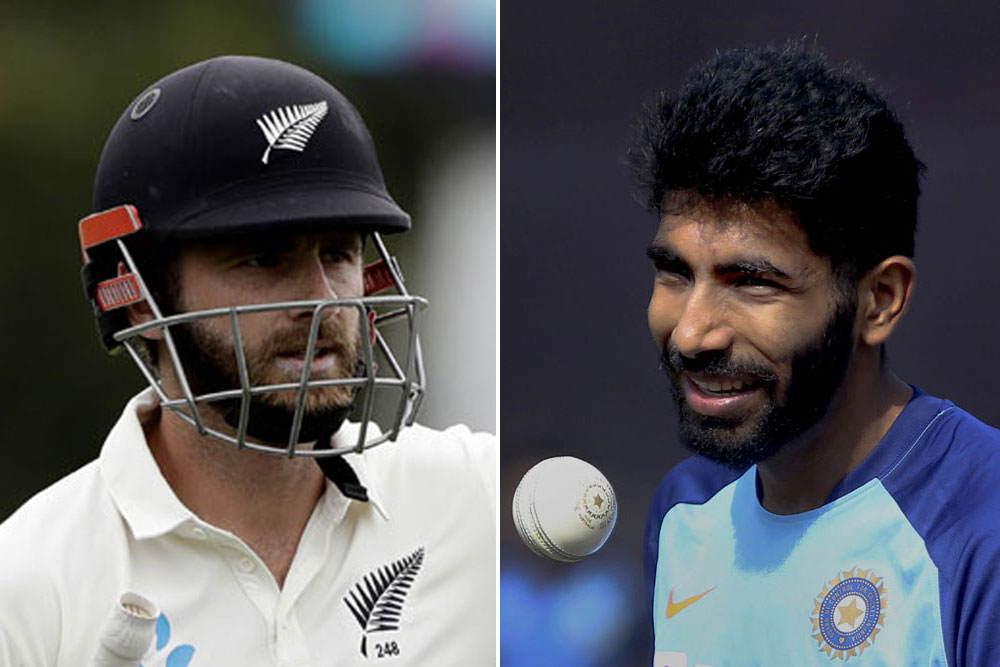 Mere containing Williamson will not do any good for India. A prized wicket is always sweeter when taken early, and the onus will be on the pacers. Probably, Jasprit Bumrah! They have met only twice in the Test arena, and Bumrah has got Williamson twice. Of the current lot, Ravichandran Ashwin is the most successful Indian bowler against the Kiwi skipper, getting him five times, but Southampton may not assist spinner despite recent hot spells there. Also, Burmah is invigorated!

Now the turn for the unsung heroes. Ajinkya Rahane, who emphatically led India to a series triumph in Australia after Virat Kohli's return home, is still the whipping guy for Indian fans and critics. He is not known for flambouyance, who would steal the thunder. But the 'deputy' will make sure that the team does well against all odds. A typical deputy, who operates under the radar. Remember that 112 at Melbourne, the knock which turned the table against the Aussies. Like Cheteshwar Pujara, who's also 33, Rahane is India's backbone. They can wear down any bowling attack, specially under alien conditions. Their presence means in the centre is reassuring, to say the least. 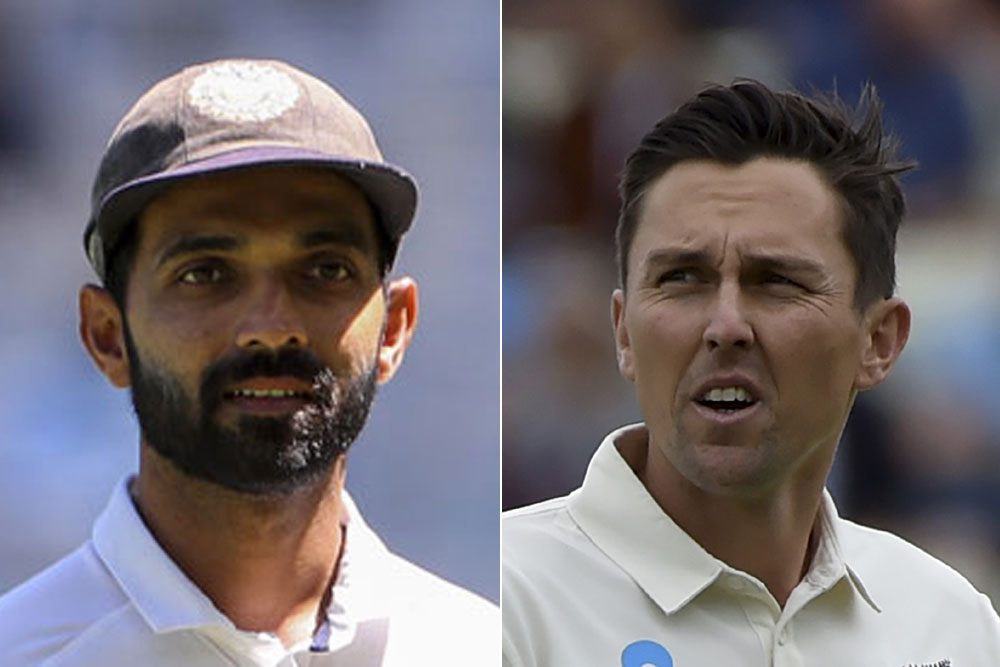 In Tim Southee, Rahane has a nemesis. The right-arm pacer has got the better of India's top run-getter in WTC four times. But another Kiwi quick who can seriously trouble Rahane in the final is Trent Boult. The 31-year-old is well-rested and looked in fine fettle against England in the second Test, claiming six wickets. If the left-arm pacer smells blood, he can be devastating against any opponent. And Rahane will need to be at his best, both technically and mentally, against such a bowler to give India the advantage.

In a game dominated by batsmen, Rohit Sharma probably has the biggest bat. His languid movement is often hailed as the 'lazy elegance' -- the timing, the touch, the caress, the flick, the pull, et al. And in a format, which is defined by leaving rather than hitting, Rohit can become a menace for any bowler, irrespective of condition or circumstances. Well, if he sets his mind to it! After a tense past in his relatively young Test career, the 34-year-old opener has taken a liking to the original gentleman's game. He scores quick and in the process, often leaves rivals gasping. Against New Zealand, he has played only five Tests and is yet to score a hundred. As they say, a big one is due. 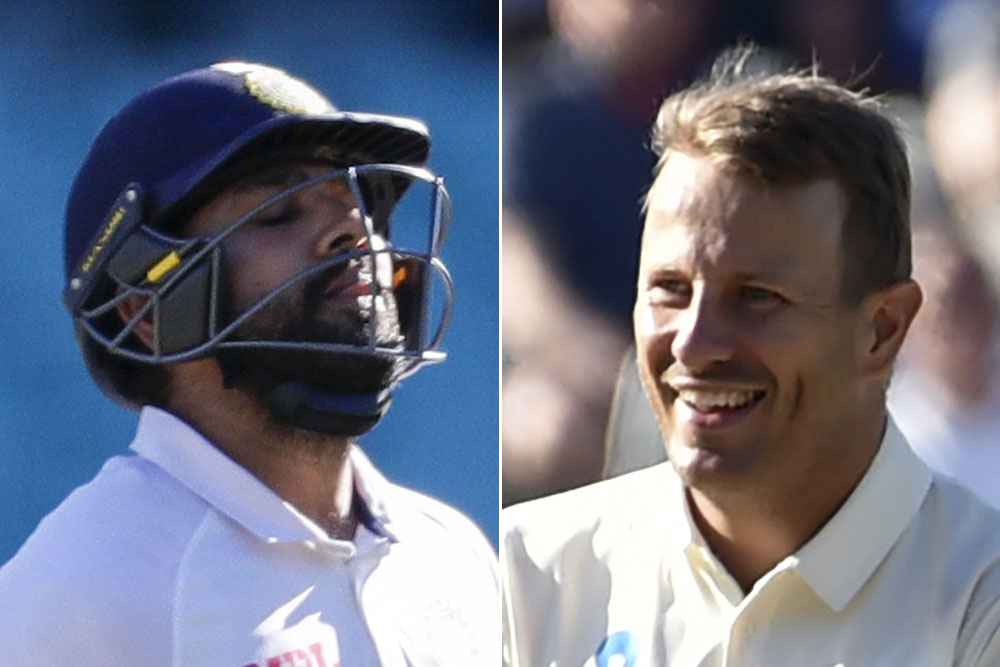 So, how do New Zealand counter such a dangerous player? Probably by inviting him to play more shots. More shots, more chances of getting out. And Kiwis have a pack of bowlers who can do just that. One such bowler is Neil Wagner, who operates within his limits but has the tenacity to produce wicket-taking deliveries at will. He can let the ball talk. Often used as a first change, the left-armer will be a perfect antithesis to Rohit's flambouyance.

With 107 Test matches, Ross Taylor beats Ishant Sharma (101) to the most experienced player's tag as New Zealand and India enter the ICC World Test Championship final on equal footing. Both the teams will need cool heads and seasoned hands. For the Kiwis, Taylor is the guy. The 37-year-old has played many pivotal knocks in the crisis. With over 7500 Test runs with the help of 19 hundreds, Taylor knows the importance of a patient knock and also has the temerity to change the course of a match with swashbuckling innings. Indians have seen him at his bear mode in the past. 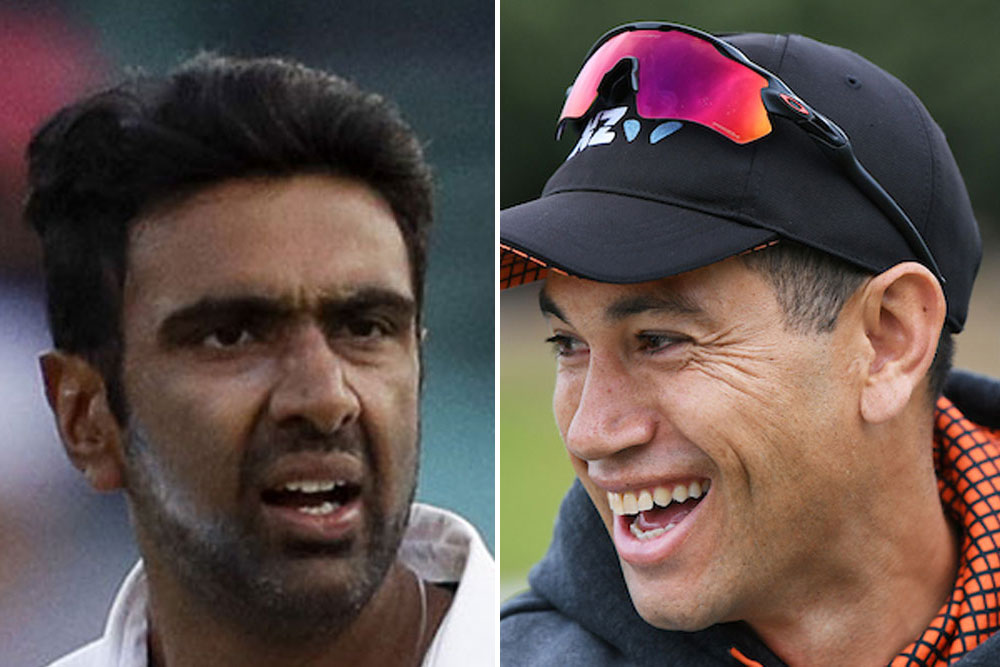 In Ravichandran Ashwin, however, India have a bowler who can dominate Taylor. The wily offie has dismissed the Kiwi veteran five times in six Test matches. So, Ashwin knows a thing or two about Ross, the batsman. Also, with the spin coming into play fairly late, they are certain to face off again. Ashwin will be confident, as he is always. He is coming into the match as the third-highest wicket-taker in the WTC. His 67 scalps are three less than the top-wicket taker Pat Cummins. Second-placed Stuart Broad has 69. If Southampton continues to stay 'boiling hot,' then Ashwin should fancy his chances.

Then there are others like Tom Latham, Mohammed Shami, Devon Conway, Ajaz Patel, Kyle Jamieson, Rishabh Pant, BJ Watling, Shubman Gill, etc who are ready to make their mark.