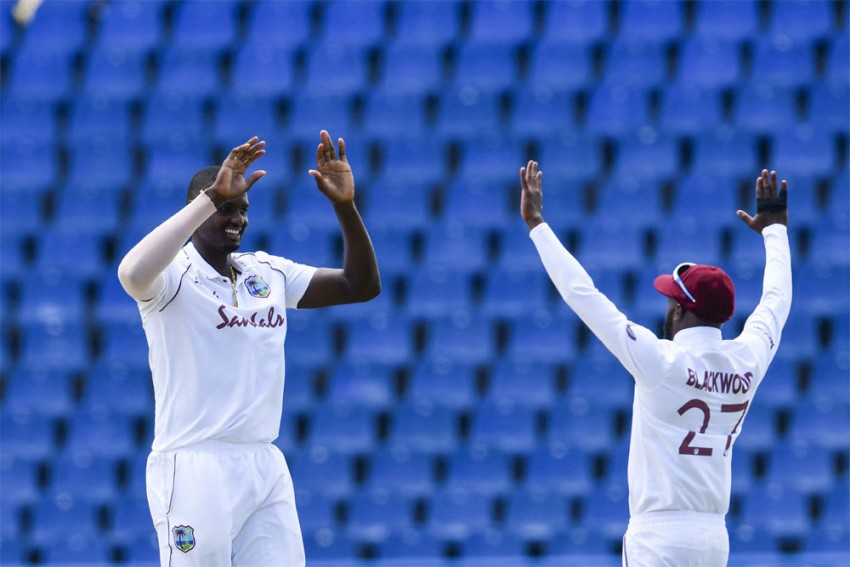 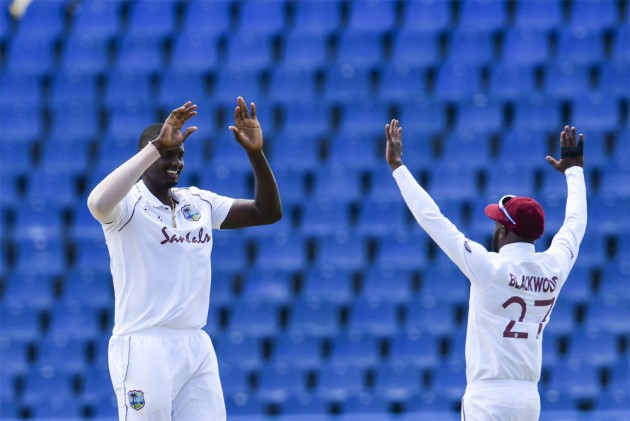 Freed from the responsibilities of captaincy, Jason Holder took 5/27 as West Indies bowled out Sri Lanka for 169 on the first day of the first cricket Test.

Holder was replaced earlier this month as captain by Kraigg Brathwaite, who chose to bowl after winning the toss at the Sir Vivian Richards Stadium on Sunday.

Holder backed up that decision with his eighth five-wicket bag in tests, completed in 17.4 overs. He was supported by Kemar Roach who started slowly but found his length in the second session and took 3-47.

West Indies batted cautiously through the final hour to reach 13-0 at stumps. Brathwaite, batting in sunglasses, was 3 not out from 36 balls and John Campbell was on 7 from 44.

The West Indies bowlers didn't enjoy immediate success with the new ball and 10 overs had elapsed before the first wicket fell. Rahkeem Cornwall removed Sri Lanka captain Dimuth Karunaratne for 12 and that began the unraveling of the Sri Lanka top order.

Brathwaite brilliantly ran out Oshada Fernando for 4 and Holder claimed his first wicket when he dismissed Dinesh Chandimal (4) to leave Sri Lanka 54-3 at lunch.

Opener Lahiru Thirimanne and wicketkeeper Niroshan Dickwella combined in a partnership of 58 for the sixth wicket which lifted the tourists to 150-6. Dickwella was out at that total for 32 and Thirimanne followed at 160-7, bowled by Holder for 70.

Thirimanne's battling innings gave some strength to Sri Lanka's struggling top and middle order. He wasn't commanding and he hit only four boundaries in an innings of almost five hours. But he was resilient, standing against the complete collapse of the Sri Lanka innings.

Thirimanne scored mostly by working the ball into the leg side, behind square or through mid-wicket. He reached his seventh Test half-century in 129 minutes.

The Sri Lanka innings contained only 11 fours and no sixes, a mark of the accuracy of the bowling and the testing nature of the pitch.

"I'm glad I could put us in a great position," Holder said.

"There was a bit of moisture up front and we probably didn't utilize the new ball as well as we would've liked.

"But it was good for myself and Kemar to set them up. We knew if we make early inroads, we could get into their lower order. It was a good day for Kraigg Brathwaite as captain. Winning the first day was crucial and hopefully we can press home the advantage."