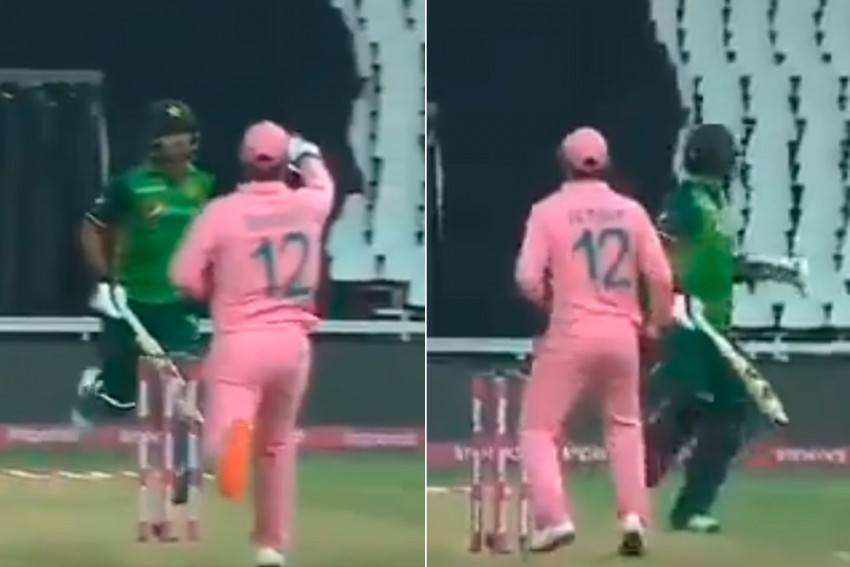 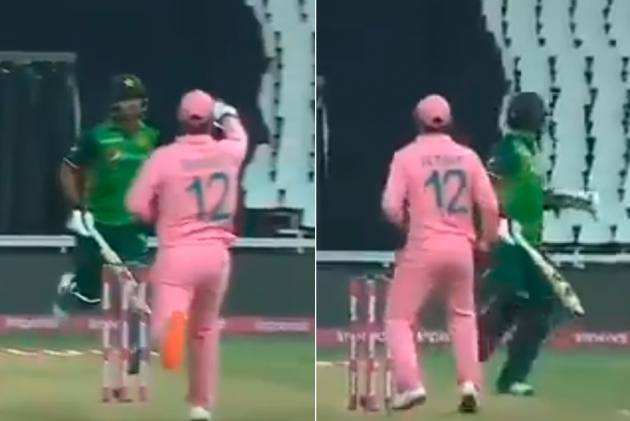 Pakistan were so close to pulling off a heist against South Africa in the second One Day International at the Wanderers Stadium, Johannesburg on Sunday. But despite a valiant effort from Fakhar Zaman, the visitors fell short by 17 runs even as his dismissal in the last over became a massive talking point.

Still needing 31 runs in the last over to win the match and take an unassailable 2-0 lead, Zaman played the first ball, bowled by Lungi Ngidi, to long off and returned for a second run. But he was tricked to think that the throw was going to the non-striker's end by a cheeky Quinton de Kock, and the Pakistan opener hesitantly halted his run a while. Then the throw from Aiden Markram hit the stump.

After the match, Zaman, who made 193 off 155 with the help of 18 fours and 10 sixes in the marathon knock, refused to blame the South Africa wicketkeeper.

"The fault was mine as I was too busy looking out for Haris Rauf at the other end as I felt he'd started off a little late from his crease, so I thought he was in trouble. The rest is up to the match referee, but I don't think it's Quinton's fault," Zaman said.

But fans are not happy with de Kock's 'fake fielding'. Some even referred to the rule book to call out the former Proteas captain.

The smile deceivers have on their faces is so evil. Karma will take good care of Quinton de Kock. The @FakharZamanLive's batting today would be written in golden #fakharzaman#QuintonDeKock pic.twitter.com/O6ArdFaytE

A strict action should be taken against such cheap act
The man was just 7 runs away from his 2nd century #fakharzaman #SAvPAK #QuintondeKock #pcb #shameful_act_by_Quinton pic.twitter.com/d4FN5yNrHb

By the look of it, de Kock's gesture was a deliberate misdirection. And it amounts to cheating in the gentlemen's game, called cricket. Law 41.5.1 states that "it is unfair for any fielder wilfully to attempt, by word or action, to distract, deceive or obstruct either batsman after the striker has received the ball".

The third and final ODI will be played at SuperSport Park, Centurion on Wednesday. De Kock and his Proteas teammates David Miller, Kagiso Rabada, Ngidi and Anrich Nortje will miss the match as they will for the Indian Premier League.