Russell Westbrook made some history with another triple-double, but the Washington Wizards fell to another loss 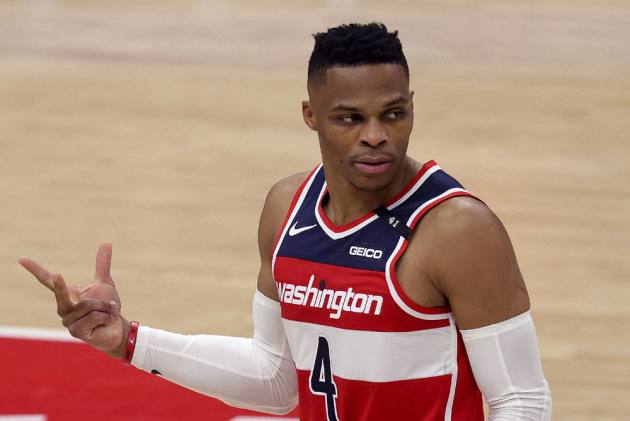 Russell Westbrook made some history with another triple-double, but the Washington Wizards fell to another loss. (More Sports News)

Westbrook, traded by the Houston Rockets to the Wizards in December, posted 22 points, 11 assists and 10 rebounds in Thursday's 133-130 loss to the Chicago Bulls.

He joined Hall of Famer Oscar Robertson as the only players in NBA history to open a season with four triple-doubles in their first four games.

Despite Westbrook's performances, the Wizards fell to 0-5 to begin the campaign.

RUSS UP TOP FOR TB. pic.twitter.com/exCjEjMCpd